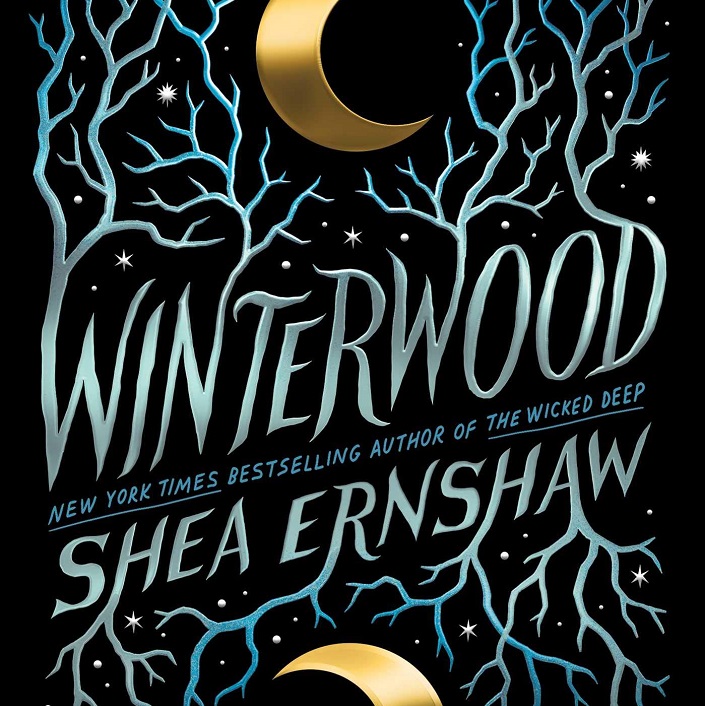 Nora Walker comes from a long line of witches that have always lived along the Jackjaw Lake, a place where unknown magic lingers and the woods have a mind of their own. But as winter blocks the mountain pass and decimates the electricity in her town, Nora makes an even more startling discovery: A boy who’d gone missing from the Camp For Wayward Boys across the lake two weeks ago in the middle of the looming and mysterious Wicker Woods.

Oliver Huntsman doesn’t know what happened in the two weeks since his disappearance or exactly how he ended up in the Wicker Woods, but he feels a precarious connection to Nora after she saves him. As conditions around them grow worse and more people than ever start asking questions, the two must come together to find out exactly what happened to Oliver, before it spells utter devastation for the both of them.

In her second novel, Shea Ernshaw continues to display a soft, lyrical writing style that’s entirely her own. Somehow the writing feels like the winter snow that drifts around the pages, cool and dazzling. There’s a quiet intensity to every scene. I love the way she describes her settings and her characters’ emotions, and was especially charmed by the Walker family history included between chapters.

Unfortunately, the novel had one major challenge. I don’t like to be the annoying person yelling “I CAUGHT THE TWIST,” because I know that many authors purposefully give hints to make readers suspicious before the big reveal, and that seems to be Ernshaw’s intent. Unfortunately, there was a glaring obviousness to the twist from about a quarter of the way through the book, so much so that I hoped there would be an additional twist beyond that. Knowing a major detail so early really drowned out the rest of the novel for me. It should be noted that there were some major re-workings between the ARC and final copy, and I don’t know where the copy I received in early September falls in the midst of that. Further improvements may have been made.

Despite that, I enjoyed the novel, especially once everything started to unravel and a bit of action kicked in. The final pages are a whirlwind filled with ancient magic, dark revelations, and do-or-die moments that help define the characters. It made me wish we knew even more about the Walker family and Oliver.

This one wasn’t quite a homerun for me, but I still love Shea Ernshaw’s writing style and I can’t wait to see what she does next!

Winterwood hits shelves on November 5, 2019. You can preorder it now via Amazon or support your local independent bookstore via Indiebound!

Be careful of the dark, dark wood…

Especially the woods surrounding the town of Fir Haven. Some say these woods are magical. Haunted, even.

Rumored to be a witch, only Nora Walker knows the truth. She and the Walker women before her have always shared a special connection with the woods. And it’s this special connection that leads Nora to Oliver Huntsman—the same boy who disappeared from the Camp for Wayward Boys weeks ago—and in the middle of the worst snowstorm in years. He should be dead, but here he is alive, and left in the woods with no memory of the time he’d been missing.

But Nora can feel an uneasy shift in the woods at Oliver’s presence. And it’s not too long after that Nora realizes she has no choice but to unearth the truth behind how the boy she has come to care so deeply about survived his time in the forest, and what led him there in the first place. What Nora doesn’t know, though, is that Oliver has secrets of his own—secrets he’ll do anything to keep buried, because as it turns out, he wasn’t the only one to have gone missing on that fateful night all those weeks ago.

For as long as there have been fairy tales, we have been warned to fear what lies within the dark, dark woods and in Winterwood, New York Times bestselling author Shea Ernshaw, shows us why.

65%
65%
Beautifully written but too dependent on one element