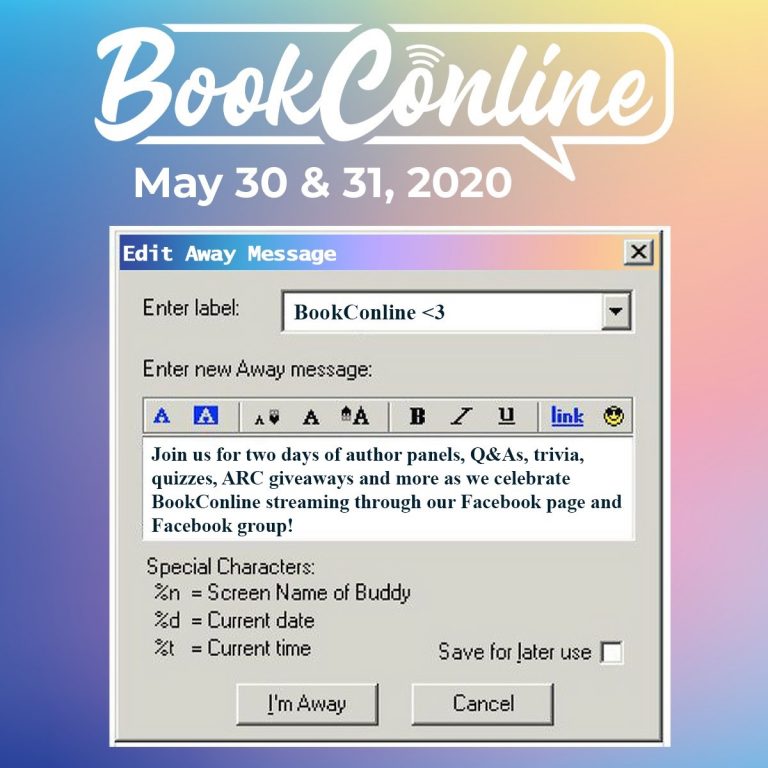 However, the community behind the massive convention isn’t skipping out on 2020 entirely!

ReedPop just announced that in place of the usual, physical convention, BookCon and BookExpo will be held online for free.

It will all kick off with BookExpo Online, the portion of the event geared toward librarians and booksellers on May 26-29. Twelve sessions, including author dinners in lieu of the usual breakfasts, have already been announced for this event. Check them out here!

This will be followed by BookConline on May 30-31, which will largely take place via the BookCon Facebook page and Facebook group. It’s due to feature author panels, quizzes, trivia, and ARC giveaways– though few of the specifics have been announced at this point. Still, the four panels that have been detailed feature authors like Nic Stone, Zoraida Cordova, Angie Thomas, Becky Albertalli, Aisha Saeed, Jenny Han, and Judy Blume, so we’re pretty psyched! If you’re feeling like a real sport, you can even buy official BookCon 2020 gear that was likely produced prior to the cancellation. Check out all the details here!

There’s no word yet on whether the Big Five publishers, all of whom dropped out of the physical events a while before their cancellation, will take part in the online events.

Be sure to follow BookCon and BookExpo’s social media pages to get more details as they arise.