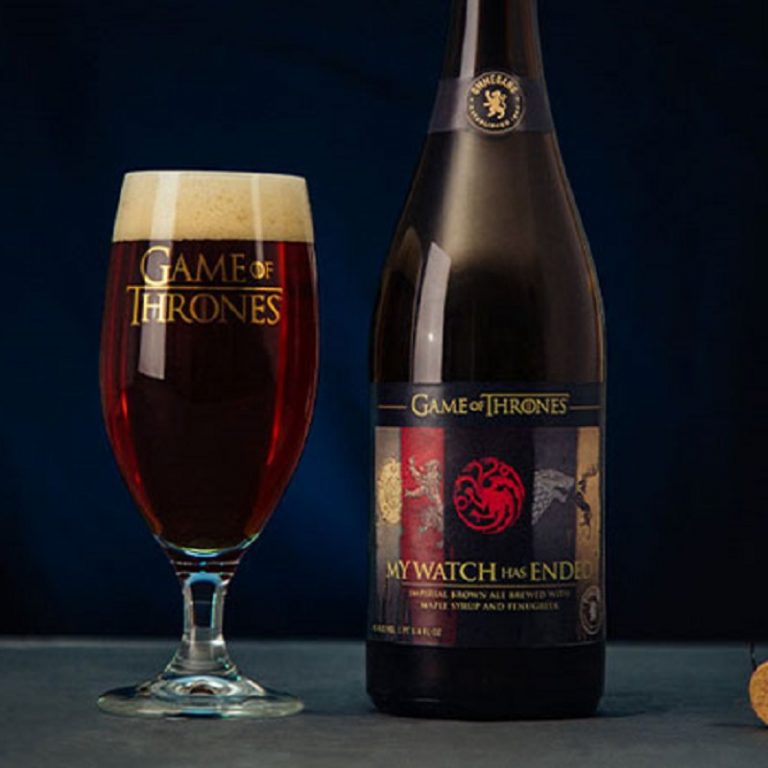 When you’re a brand, certain TV shows and fandoms can provide exciting chances to stretch those creative muscles. And for one particular beer company, Game of Thrones had opened the door to innovative and out-of-the-box creations. While some are still feeling the aftershocks the series finale, Brewery Ommegang and HBO are focusing on more positive aspects with the release of one final GOT-themed beer.

Aptly named, My Watch Has Ended is an imperial brown ale brewed with maple syrup and fenugreek. Don’t worry, if you’ve never heard of fenugreek, here’s the 411.

Fenugreek: an herb whose seeds and leaves are often used in curry

Ommegang says this beer will pair really nicely with rare grilled steaks or the warm fire on a cold wet night. It will be available this fall.

This beer will be the fifteenth and final beer collaboration. But Game of Thrones beerheads, have no fear. The companies are planning a Collector’s Edition pack fit for a King or Queen.

A tribute to fans everywhere, My Watch Has Ended is a fitting end to the series, and a reflection of the mindset of fans now that this epic story has come to a close. We hope it’s something they’ll enjoy with friends as they reminisce about their favorite episodes and characters.