Brian Yorkey Dishes on 13 REASONS WHY 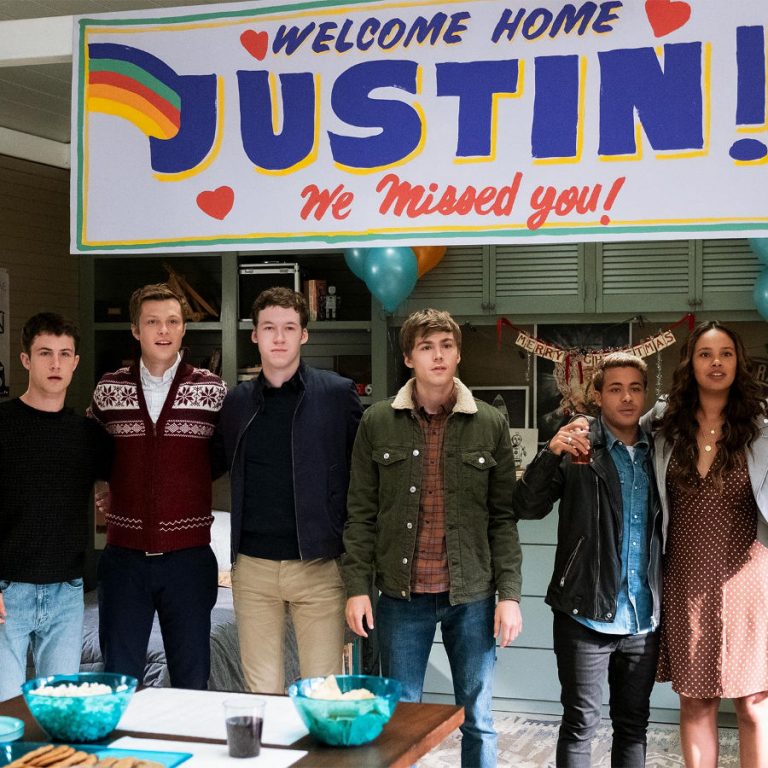 13 Reasons Why creator Brian Yorkey gives us more information on this final season of the show, including Winston’s involvement in the season, Clay’s mental health, and the return of Bryce and Monty, who were both dead by the end of last season.

Plus, Entertainment Weekly posted some photos along with the interview, which are also below.

This season is shorter than normal, with only 10 episodes. Why is that?

It served the story better, and 10 episodes ended up being the sweet spot for us. I think 10 episodes is a nice length for a season. I was adamant going into season 2 that it had to be 13 because the show’s called 13 Reasons Why and if I’m a young viewer, I’m like, “13 reasons why but there’s only 10 episodes.” But at this point, heading into season 4 it was like, “We’ve given them 39 reasons why at least, so I feel like we can say, yes the show is still called 13 Reasons Why, this season is 10 episodes.” It’s the right number, you’ll see that when we get to the end.

Season 3 ended on the Winston cliffhanger. What’s the mystery at the center of season 4? Is it simply: Will they get away with it?

Certainly we saw at the end of season 3 that Winston can alibi Monty and is upset at the way Monty was used by these kids to, in his mind, get away with murder, so Winston is certainly going to be a significant factor in season 4. He is going to be trying to find out what really happened and in his own way get some sort of justice and closure for Monty, who he only had brief encounters with but we’ll find meant a lot to him. Also, there are other people in Evergreen County, such as Sheriff Diaz, who will certainly become aware of the guns that get dredged up by the fishermen and that will make him curious and he will follow that trail. There are a number of other people who are wondering if the story that got told is really the true story, so they will be putting pressure on our kids and there will be the threat that the secret will come out.

How will all of that affect the kids?

In part because of that, but also in part because of the accumulation of secrets that they’ve kept and things they’ve endured, our characters will be really trying to figure out a way to deal with the emotional costs of everything they’ve been through to survive the rest of their senior year and finally get free and hopefully for, at least some of them, get the hell out of Evergreen County. There is that driving mystery of: Are they going to get away with it? But in some ways, even more intentionally, there’s this question of: How are they going to live through this and can they escape their past? No one truly escapes their past but can we heal, can we deal with what we’ve done and what’s been done to us and can we find a way to move on and have a future? Gary Sinise was cast to play Clay’s therapist, Dr. Ellman, and Clay’s mental health is very central to the season and very central to some of the mysteries that crop up. One of our driving questions is: How is he going to ultimately process everything he’s been through and the secrets he’s keeping and can he continue to keep these secrets and find some way back to balance and to health?

I’m sure some fans caught that both Justin Prentice and Timothy Granaderos were in the farewell video. Seeing as how both their characters are dead, are we once again dealing with multiple timelines?

I’m trying not to spoil anything but I will say that, I can’t remember the exact line but in season 3, but Clay’s sitting alone in the robotics room and it’s pouring rain and Bryce shows up and he says something like, “The dead don’t stay dead around here.” So I think that, it being 13 Reasons Why, even though both Bryce and Monty are gone from this earth, there will be ways that they factor into our story and certainly into the states of mind of our characters in season 4.

I, personally, am so excited to have Tony back in my life.

Everybody needs a Tony in their life. Clay has some mental health struggles in season 4 and Tony does too, but Tony deals with them in a different way, and so there’s going to be a little bit of friction between Tony and Clay in a way that I think is going to be uncomfortable for those of us who love the Clay and Tony of it all, but it’s also really satisfying in the way we see the two of them work through it.

Is there a particular character’s storyline you were excited to dig into in season 4?

I love all these characters like they’re my kids. I think naturally I came to identify so strongly with Clay over the course of these seasons and Dylan [Minnette] and I are such a tight team. I often compare us to Pete Carroll and Russell Wilson and then I have to explain to most of the writers on staff who Pete Carroll and Russell Wilson are. [Laughs] That’s our relationship so it’s been such a deep collaboration and it really has been with all of the actors, but I will say that in season 4 we take Zach places that I had not expected until we really got into the room and delved into his story. We took Zach some really interesting places and I’ve always loved that character and I love Ross Butler, so that was a lot of fun and a challenge and also a wonderful collaboration and I think it’s going to be cool to watch.

Was there a certain feeling or message that you wanted to end the series on?

We wanted to end the series hopefully, but we wanted it to be earned hope. The series was born in darkness and as is often pointed out, it is a dark series, but we have always tried to infuse it with hope and with humor where we can, and we wanted to end on a note of hope that was earned and that was not forced and also not overly sunny in a way that wouldn’t be consistent with what had gone before. The other word that comes to mind, along with hope, is survival because everything comes after our ability to survive our hardest moments and our ability to keep moving and to stay alive for all the brighter things that life has in store for us. This show started with Hannah Baker not being able to do that, and we wanted to end by seeing so many of our characters able to do that, to face the real darkness, and to come out the other side into the light. That’s what we wanted and I think and hope we achieved that.

Stream All the Music of 13 REASONS WHY Season 4

Cast of 13 REASONS WHY Talk About the Final Season