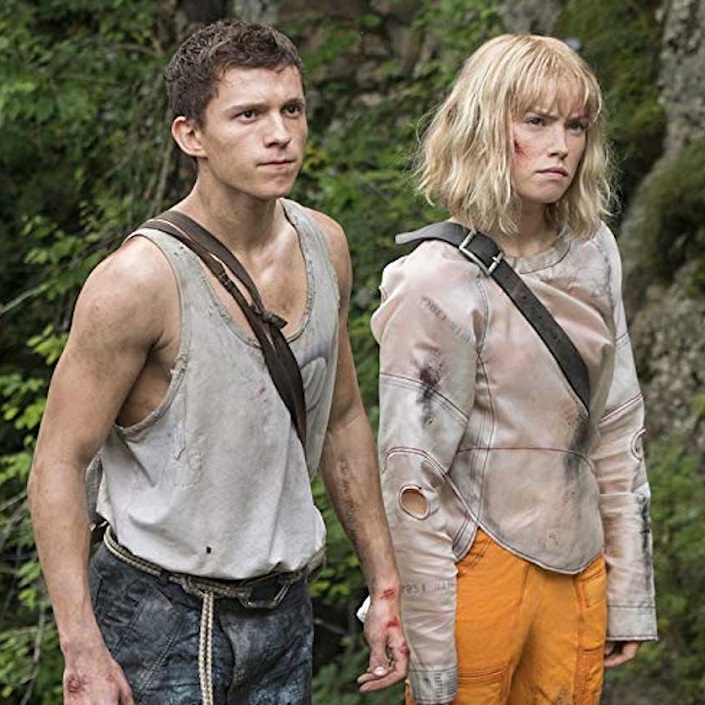 When Chaos Walking, the movie adaptation of Patrick Ness‘ The Knife of Never Letting Go, was announced, readers were happy to see a favorite YA novel on the way to the big screen. When it was announced that Tom Holland and Daisy Ridley would star, they were absolutely thrilled. But since then, it’s been anything but smooth sailing for the project.

The story takes place in a world where disease has recently “wiped out” the female population and all remaining animals– human or not– can hear each others’ thoughts through a connection called Noise. Holland stars in the film as Todd, a teen traveling with his dog when he stumbles across the impossible– A young woman named Viola played by Ridley. Soon, a new world within his own is discovered and the two must team up and fight to protect it.

Early cuts of the Doug Liman-directed film, which had a production budget of $100 million, were reportedly received very poorly and about three weeks of reshoots (which are not at all uncommon in the movie industry) were announced in 2018. Unfortunately, it took several months before reshoots could even take place between Holland’s Marvel schedule and Ridley’s Star Wars schedule.

The final product was expected out this year, but according to Collider, it will be pushed out even further to January 22, 2021.

With 11 months to go, we’re still a while out from more promotional material. But a date is better than nothing, right?!

CHAOS WALKING To Undergo Reshoots, May Be Delayed