Our Beloved Chewbacca Peter Mayhew Has Died at 74 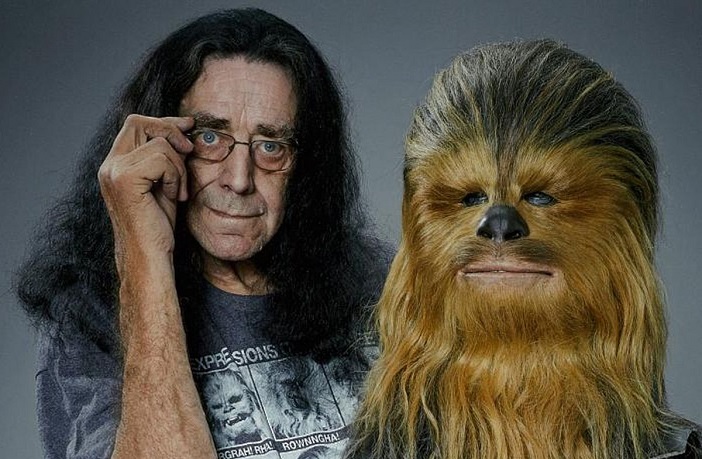 In devastating news, STAR WARS star Peter Mayhew has passed away at age 74.

Peter Mayhew’s family confirmed in a statement that the actor passed away in his home on Tuesday, surrounded by loved ones. He is survived by his wife Angie and three children.

Ever since the premiere of Star Wars: A New Hope, Mayhew has been widely loved in his role of Chewbacca by fans and co-stars. Our favorite Wookiee’s personality was created from Mayhew’s lovable characterization, using complex, expressive physicality to craft the Chewie we’ve come to know. Chewie is so deeply embedded into Mayhew’s performance that he’s been consulting on the recent Star Wars saga films.

Peter Mayhew is deeply loved by his cast mates and crew members, many of whom have made public their grief via statements and social media.

Harrison Ford – the Han Solo to Peter’s Chewie – released a gut-wrenching statement to the Hollywood Reporter:

“Peter Mayhew was a kind and gentle man, possessed of great dignity and noble character. These aspects of his own personality, plus his wit and grace, he brought to Chewbacca. We were partners in film and friends in life for over 30 years and I loved him. He invested his soul in the character and brought great pleasure to the Star Wars audience. Chewbacca was an important part of the success of the films we made together. He knew how important the fans of the franchise were to its continued success and he was devoted to them. I and millions of others will never forget Peter and what he gave us all.  My thoughts are with his dear wife Angie and his children. Rest easy, my dear friend…. “

Co-star Mark Hamill tweeted about his friend on Thursday: “He was the gentlest of giants. A big man with an even bigger heart who never failed to make me smile & a loyal friend who I loved dearly. I’m grateful for the memories we shared & I’m a better man for just having known him. Thanks Pete.”

He’s described by George Lucas as “the closest any human being could be to a Wookiee: big heart, gentle nature…and I learned to always let him win. He was a good friend and I’m saddened by his passing.”

It’s a painful loss for the Star Wars family. Peter truly is intertwined with Chewbacca, an icon of the Star Wars universe and integral part of the entire saga. He recently attended the Star Wars Celebration in Chicago to meet fans and has always shown a dedication to the Star Wars fandom universe.

He’s also known for his creation of the Peter Mayhew Foundation, which for years has been dedicated to helping those in need. His involvement in charity work is another nod toward his amazing contributions across his lifetime.

A private memorial will be held this June, and a fan gathering at EmpireCon will happen in December.

May the Force be with you, Peter. We’ll miss you.