Cover Reveal: CHILDREN OF VIRTUE AND VENGEANCE By Tomi Adeyemi 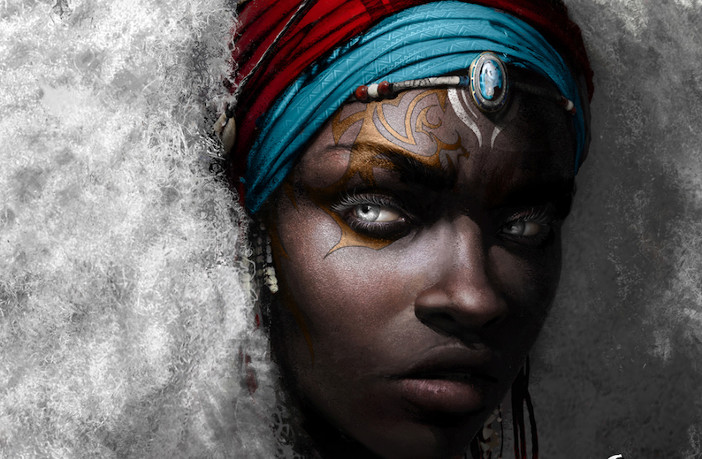 After eagerly devouring Tomi Adeyemi‘s debut novel Children of Blood and Bone, YA readers have been waiting rather impatiently for any new details they can get on the sequel, Children of Virtue and Vengeance, including its cover.

Well, it’s finally here and it’s worth the wait!

Fierce Reads revealed the stunning cover design by Sarah Jones via Essence, which features Zélie in sharp detail and looking battle-ready with hair that’s gone from straight to curls.

Tomi Adeyemi talked to the magazine about exploring character dynamics in the sequel, the pain she felt writing the books, and of course, watching the cover come to life.

“I gave Macmillan a list of artists. And I said, ‘Sarah Jones is my top choice.’ And they contacted her. [Her work] was so black and it was so elegant, and it was so powerful, and it was so majestic, and that’s everything I wanted for Zélie.”

Children of Virtue and Vengeance is due to hit shelves on December 3, 2019, but you can preorder now via Amazon or support your local bookstore via Indiebound.

After battling the impossible, Zélie and Amari have finally succeeded in bringing magic back to the land of Orïsha. But the ritual was more powerful than they could’ve imagined, reigniting the powers of not only the maji, but of nobles with magic ancestry, too.

Now, Zélie struggles to unite the maji in an Orïsha where the enemy is just as powerful as they are. But when the monarchy and military unite to keep control of Orïsha, Zélie must fight to secure Amari’s right to the throne and protect the new maji from the monarchy’s wrath.

With civil war looming on the horizon, Zélie finds herself at a breaking point: she must discover a way to bring the kingdom together or watch as Orïsha tears itself apart.