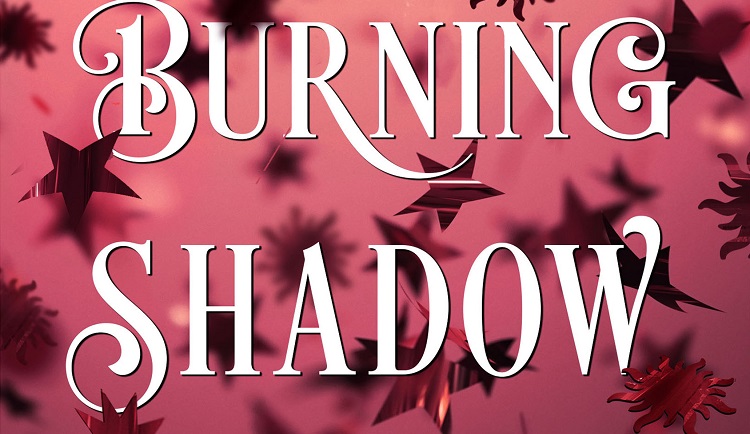 Jennifer L. Armentrout returned to the Lux universe last year with The Darkest Star, the start of her spinoff Origin series. It follows a new human protagonist, Evie, who encounters a grown-up Luc and finds her world thrown into chaos in the wake of their precarious connection.

Fans were pretty thrilled to see Luc again and to dive back into a world of strange alien happenings. Now there’s even more to look forward to as Goodreads just revealed the cover and an excerpt for the second book in the series, The Burning Shadow!

Goodreads also served up a full chapter 1 excerpt to hold readers over until the book’s fall release. It features a tense moment between Evie, Luc, and Evie’s mom Sylvia, who doesn’t exactly have a sparkling relationship with Luc.

“Just put it in your mouth already.”

Blinking rapidly, I lifted my gaze from the steaming bowl of tomato soup to where my mom stood.

That was a string of words I sort of never wanted to hear come out of her mouth ever again.

Her blonde hair was smoothed back into a short, neat ponytail and her white blouse was impressively wrinkle free. She wasn’t so much staring as she was glaring from where she stood on the other side of the island.

“Well,” came the deep voice from beside me. “Now I feel super uncomfortable.”

The woman I’d believed to be my birth mother up until a few days ago appeared remarkably calm despite the fact that the dining room was still in shambles from the epic death match that had taken place less than twenty-four hours ago. This woman did not tolerate disorganization of any kind. However, the taut corners of her lips told me she was seconds from becoming Colonel Sylvia Dasher and it had nothing to do with the broken dining table or the shattered window upstairs.

“You wanted grilled cheese and tomato soup,” she said, punctuating each food item as if they were a newly discovered disease. “I made it for you, and all you’ve done is sit and stare at them.”

“I was thinking.” There was an elaborate pause. “That getting you to make me grilled cheese and tomato soup was too easy.”

She smiled tightly, but it didn’t reach her eyes—eyes that were brown only because she wore specially designed contacts that blocked the Retinal Alien Check—RAC—drones. Her real eyes were a vibrant blue. I’d only seen them once. “Are you worried that the soup is poisoned?”

Head to Goodreads to read their exclusive interview with Jennifer L. Armentrout, in which she talks about getting back into the Lux world, what to expect from this new novel, and more!

The Burning Shadow hits shelves on October 8, 2019. You can preorder it now via Amazon or support your local independent bookstore via Indiebound!