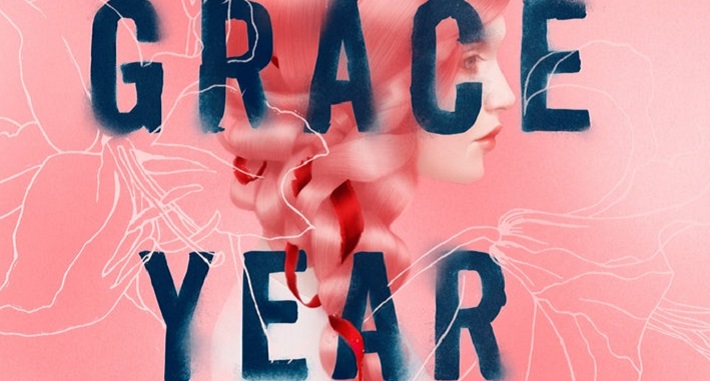 With books like Blood & Salt and The Last Harvest under her belt, Kim Liggett has always fostered a love for the creepy, unusual, and somewhat horrific in her YA novels. Now she’s doubling down on the chills with The Grace Year, a dark, twisty story for fans of The Handmaid’s Tale.

The story follows 16-year-old Tierney, who’s about to undergo the most terrifying and mysterious journey of her life: A period simply known as the grace year. No one talks about the grace year and no girl entering it knows what happens, but when it’s all over, the rest of their lives have been decided. If they survive, that is.

Bustle recently released the gorgeous cover for this gritty new, which shows a sad looking Tierney with a red ribbon laced through her hair… that eventually dissolves into a long drip of blood.

No one speaks of the grace year.

We’re told we have the power to lure grown men from their beds, make boys lose their minds, and drive the wives mad with jealousy. They believe our very skin emits a powerful aphrodisiac, the potent essence of youth, of a girl on the edge of womanhood. That’s why we’re banished for our sixteenth year, to release our magic into the wild before we’re allowed to return to civilization.

But I don’t feel powerful.

Speaking of the grace year is forbidden, but it hasn’t stopped me from searching for clues.

A slip of the tongue between lovers in the meadow, a frightening bedtime story that doesn’t feel like a story at all, knowing glances nestled in the frosty hollows between pleasantries of the women at the market. But they give away nothing.

The truth about the grace year, what happens during that shadow year, is hidden away in the tiny slivers of filament hovering around them when they think no one’s watching. But I’m always watching.

The Grace Year is due to hit shelves on September 17, 2019. You can preorder it now via Amazon or support your local bookstore via Indiebound!

Girls are told they have the power to lure grown men from their beds, drive women mad with jealousy. They believe their very skin emits a powerful aphrodisiac, the potent essence of youth, of a girl on the edge of womanhood. That’s why they’re banished for their sixteenth year, to release their magic into the wild so they can return purified and ready for marriage. But not all of them will make it home alive.

Sixteen-year-old Tierney James dreams of a better life—a society that doesn’t pit friend against friend or woman against woman, but as her own grace year draws near, she quickly realizes that it’s not just the brutal elements they must fear. It’s not even the poachers in the woods, men who are waiting for their chance to grab one of the girls in order to make their fortune on the black market. Their greatest threat may very well be each other.

With sharp prose and gritty realism, The Grace Year examines the complex and sometimes twisted relationships between girls, the women they eventually become, and the difficult decisions they make in-between.