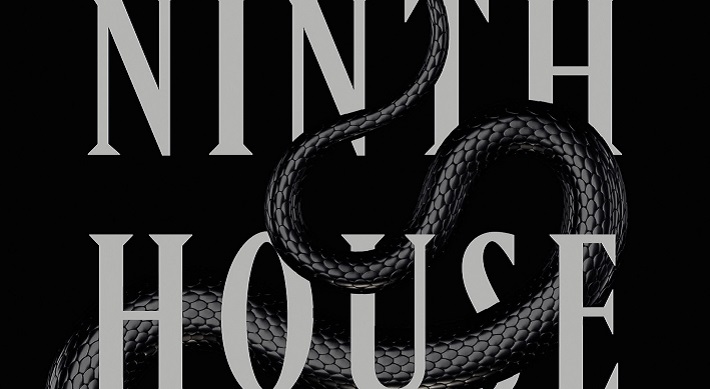 Leigh Bardugo is stepping out of the Grishaverse and the YA genre for the first time with her new Alex Stern duology, which explores secret societies and the occult through the eyes of an unlikely participant.

The book is labeled as “Adult” despite having a 20-year-old protagonist, but that’s likely because of the very strict connotations that have been pinned to the “New Adult” genre.

Check out the book cover, a lengthy description, and a new excerpt, all of which come courtesy of Entertainment Weekly:

“Galaxy ‘Alex’ Stern is the most unlikely member of Yale’s freshman class. Raised in the Los Angeles hinterlands by a hippie mom, Alex dropped out of school early and into a world of shady drug-dealer boyfriends, dead-end jobs, and much, much worse. In fact, by age 20, she is the sole survivor of a horrific, unsolved multiple homicide. Some might say she’s thrown her life away. But at her hospital bed, Alex is offered a second chance: to attend one of the world’s most prestigious universities on a full ride. What’s the catch, and why her? Still searching for answers to this herself, Alex arrives in New Haven tasked by her mysterious benefactors with monitoring the activities of Yale’s secret societies. Their eight windowless ‘tombs’ are the well-known haunts of the rich and powerful, from high-ranking politicos to Wall Street’s biggest players. But their occult activities are more sinister and more extraordinary than any paranoid imagination might conceive. They tamper with forbidden magic. They raise the dead. And, sometimes, they prey on the living.”

By the time Alex managed to get the blood out of her good wool coat, it was too warm to wear it. Spring had come on grudgingly; pale-blue mornings failed to deepen, turning instead to moist, sullen afternoons, and stubborn frost lined the road in high, dirty meringues. But sometime around mid-March, the slices of lawn between the stone paths of Old Campus began to sweat themselves free of snow, emerging wet, black, and tufty with matted grass, and Alex found herself notched into the window seat in the rooms hidden on the top floor of 268 York, reading Suggested Requirements for Lethe Candidates.

She heard the clock on the mantel tick, the chiming of the bell as customers came and went in the clothing store below. The secret rooms above the shop were affectionately known as the Hutch by Lethe members, and the commercial space beneath them had been, at varying times, a shoe store, a wilderness outfitter, and a twenty-four-hour WaWa mini-mart with its own Taco Bell counter. The Lethe diaries from those years were filled with complaints about the stink of refried beans and grilled onions seeping up through the floor—until 1995, when someone had enchanted the Hutch and the back staircase that led to the alley so that they smelled always of fabric softener and clove.

Alex had discovered the pamphlet of Lethe House guidelines sometime in the blurred weeks after the incident at the mansion on Orange. She had checked her email only once since then on the Hutch’s old desktop, seen the long string of messages from Dean Sandow, and logged off. She’d let the battery run down on her phone, ignored her classes, watched the branches sprout leaves at the knuckles like a woman trying on rings. She ate all the food in the pantries and freezer—the fancy cheeses and packs of smoked salmon first, then the cans of beans and syrup-soaked peaches in boxes marked emergency rations. When they were gone, she ordered takeout aggressively, charging it all to Darlington’s still-active account. The trip down and up the stairs was tiring enough that she had to rest before she tore into her lunch or dinner, and sometimes she didn’t bother to eat at all, just fell asleep in the window seat or on the floor beside the plastic bags and foil-wrapped containers. No one came to check on her. There was no one left.

Ninth House will be released on October 1, 2019. You can preorder it now via Amazon or support your local independent bookstore via Indiebound!