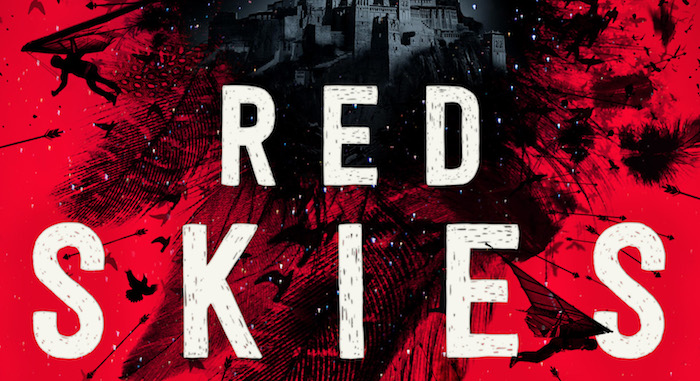 Check out the cover for Alex London’s RED SKILES FALLING!

Alex London’s first novel Black Wings Beating was a huge success, and now the second book in the Skybound Saga, Red Sky Falling is headed to shelves. Check out the stunning cover below:

Pretty beautiful right? The cover was designed by Elizabeth H. Clark, and London, the author, loves it, saying that he actually hopes that people judge the book by the cover: “It captures the dark drama and epic action of the story and sets up some delicious and deadly secrets for the series.” The author also teased a bit of what’s to come in the book, and made it clear that there are dark things brewing:

“In Red Skies Falling, we’ll get to spend time with the nobles in the Sky Castle and the kite warrior horde laying siege to the kingdom. We’ll see old friends and meet new enemies. There are epic battles on the ground and in the air, and even this time, romance. After all, some hawks hunt in pairs, and who am I to deny my characters a little glorious heartache? But with war on the wing, no one—not our heroes, their friends, their lovers, or their birds of prey—will be safe.”