Welcome to the circus! Disney is remolding one of its oldest animations, Dumbo, into a live-action film. The story of the baby elephant with giant ears and remarkable skills is expanding pretty drastically in this new version, so EW released some new character posters and descriptions to help Disney lovers get acquainted!

This first and most important character, of course, is the adorable little Dumbo himself. Seen as a disappointment at first because of his large ears, Dumbo soon earns the hearts of the world when they discover that he can fly… and so begins a whole world of adventure and trouble! 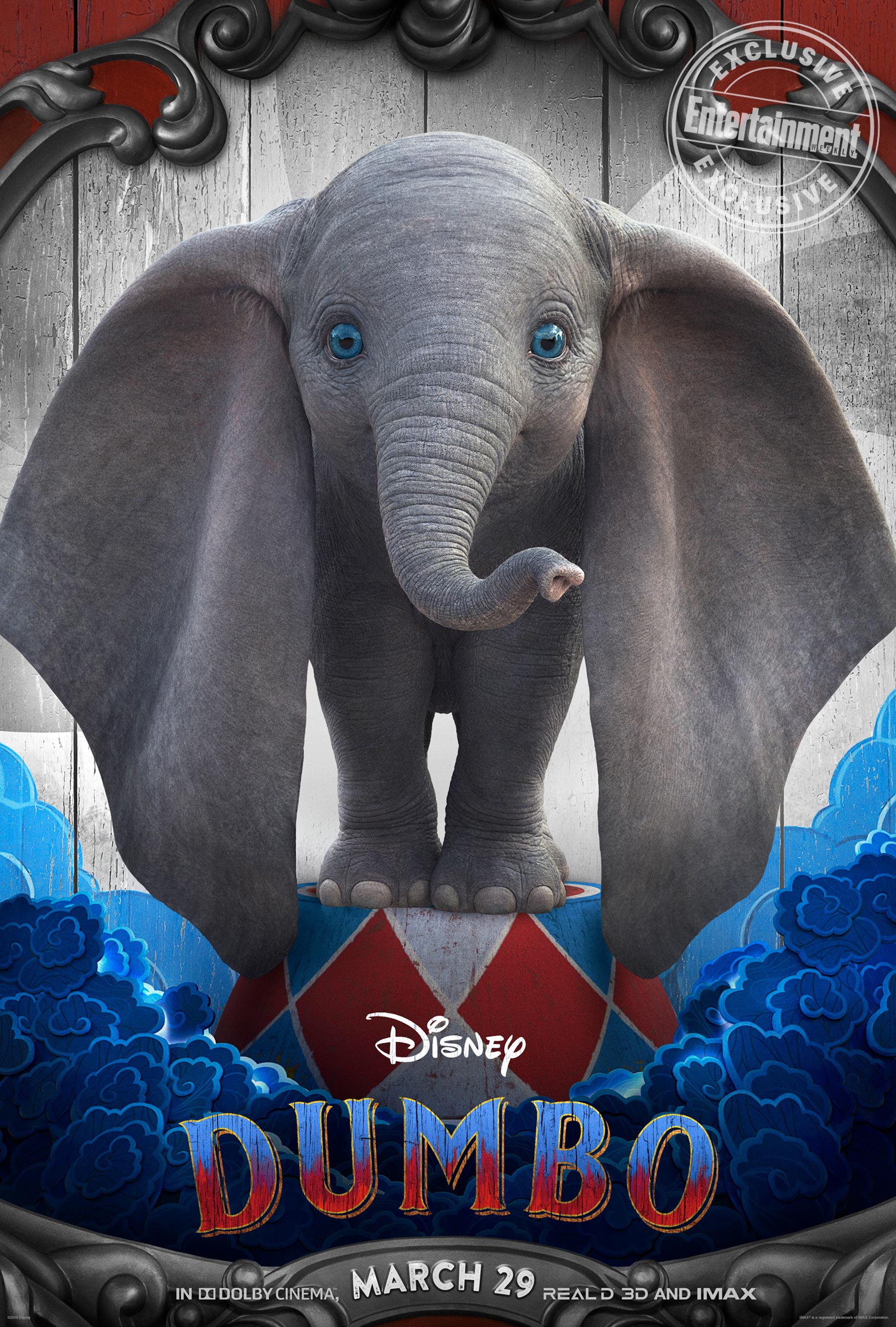 Colin Farrell plays Holt Farrier, a former horse trainer and World War I veteran working for Medici Bros. Circus and bringing his children along of the journey. It’s the children who first realize Dumbo’s true potential, but the whole family is devastated when they see the way he’s taken advantage of. 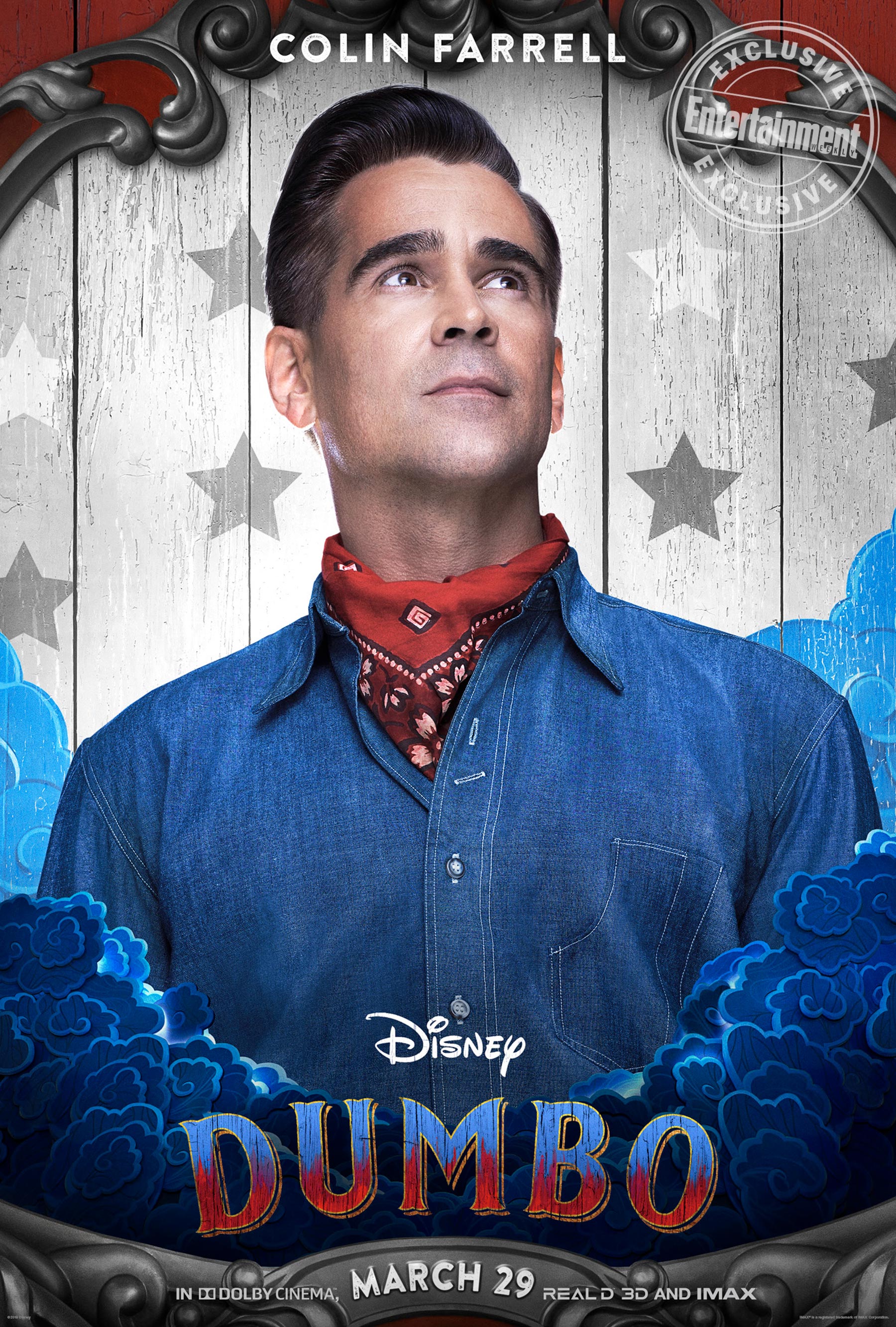 Danny DeVito plays Max Medici, the owner and ringleader of the Medici Bros. Circus who may not realize what a prize he has in Dumbo. 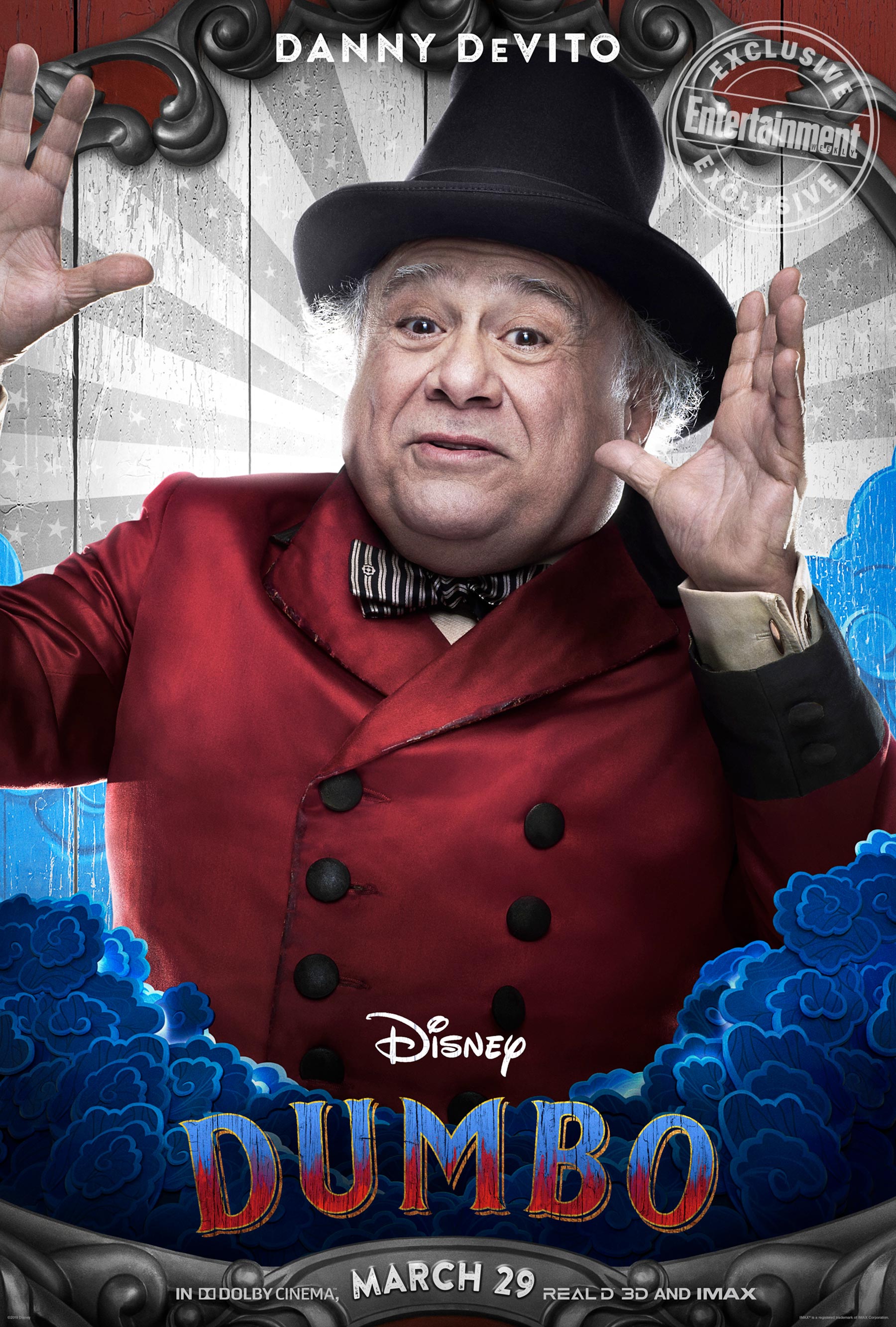 Stepping into the movie’s villain role is Michael Keaton as V.A. Vandevere, owner of the competing Dreamland circus. Things change drastically for Dumbo when Vandevere goes to Max Medici in hopes of taking the flying elephant to his show. 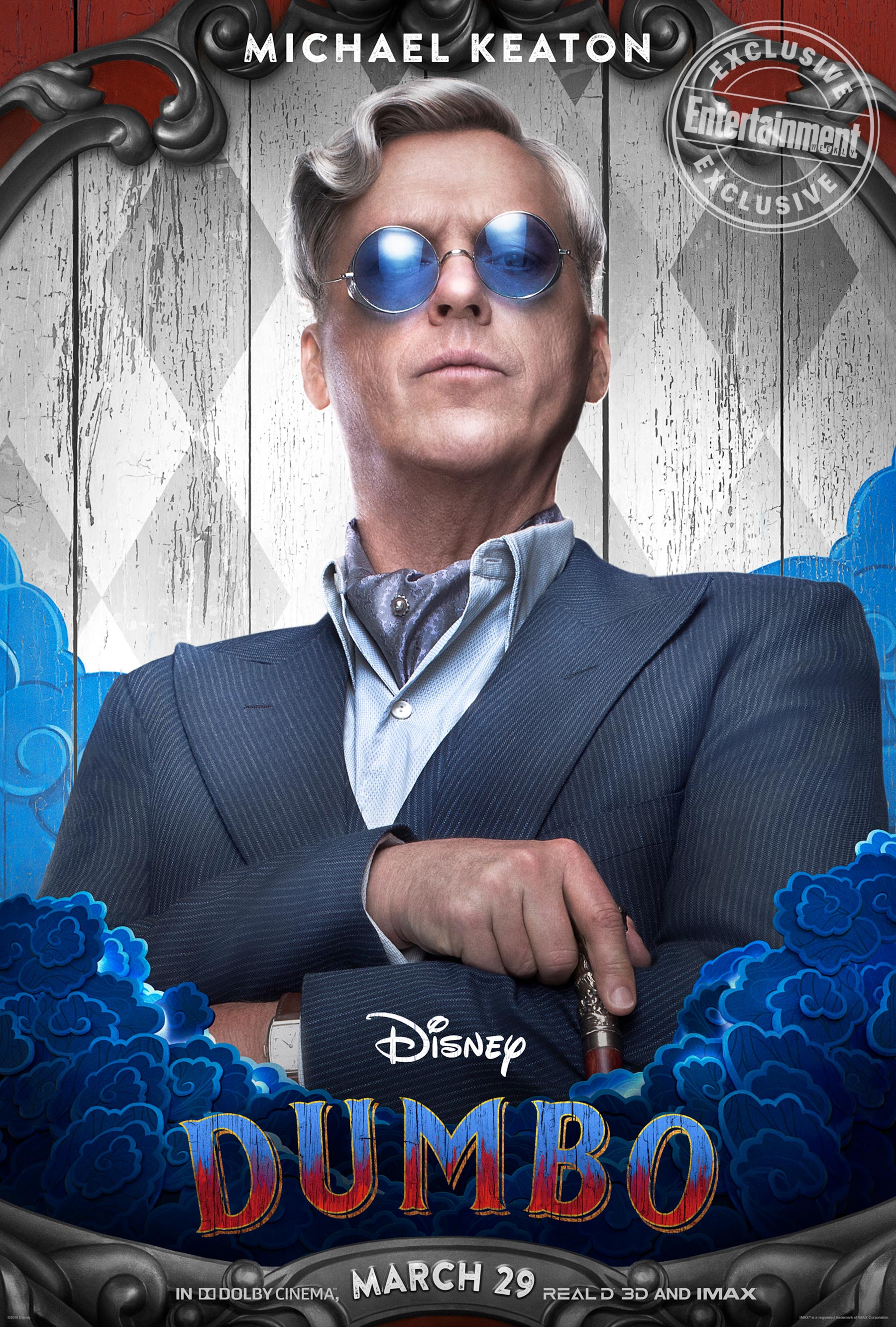 Last but not least is Eva Green as Colette Marchant, a flying trapeze artist for Dreamland circus. Given her talents, she’s due to develop Dreamland’s new main attraction alongside Dumbo. 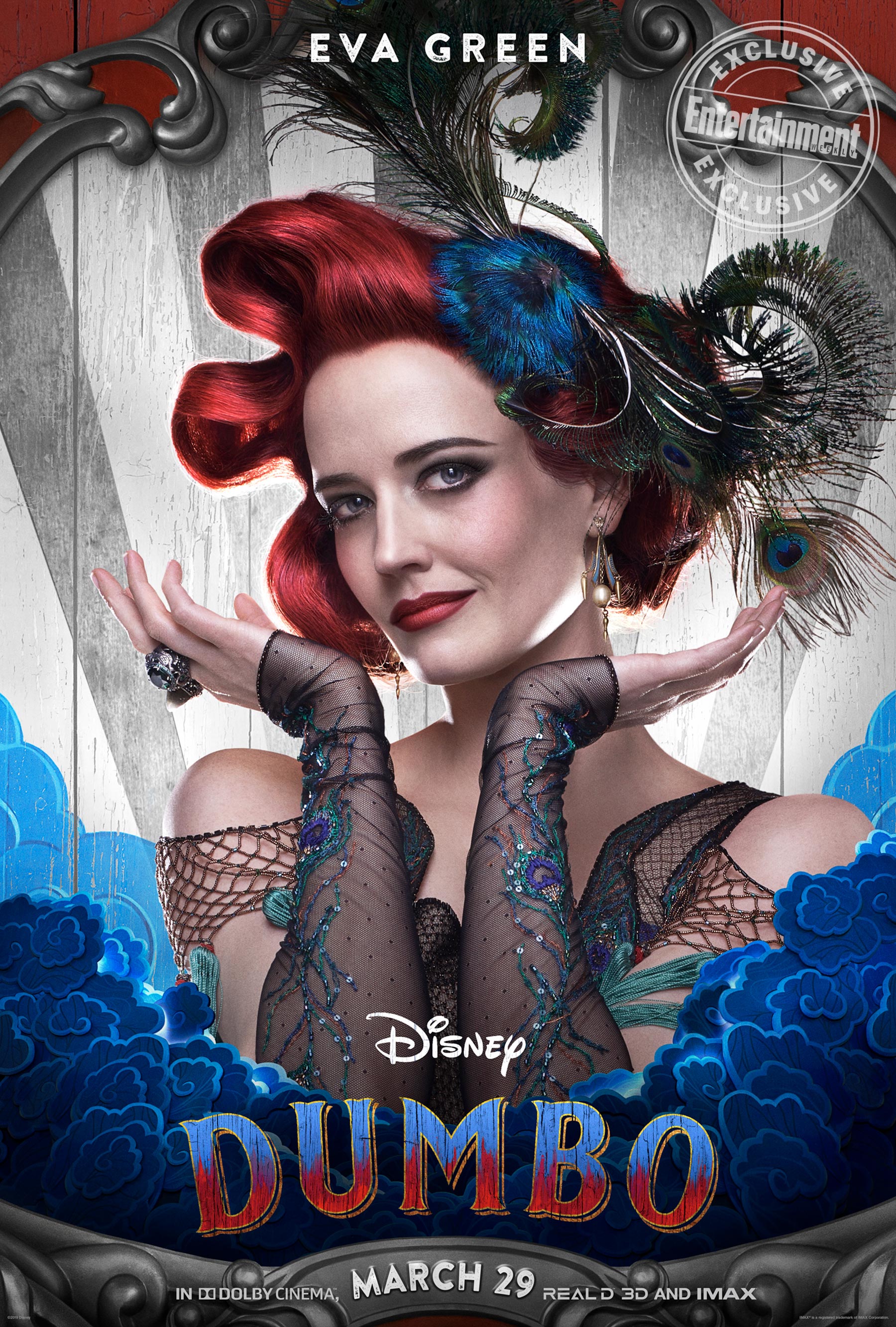