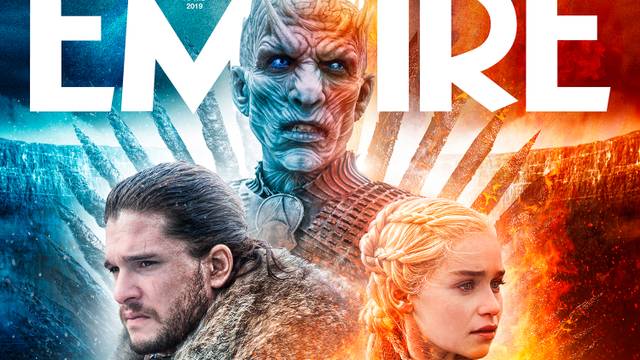 The cover of Empire has always been a prime honor for big-screen movies. Never before has a TV show been given this honor. But with its cinematic, elaborate storyline filled with complicated characters and epic plot twists, Game Of Thrones is changing all that and setting a new precedent for the publication!

Almost like an epic sendoff, Game Of Thrones is taking center stage on Empire’s April 2019 edition, which will include several exclusive GOT goodies like cast interviews, director insights, a countdown of the series’ greatest moments, and much more. As we all wait to receive our magazines, here’s an inside look at the covers.

Empire subscribers will get a special edition illustrated by Dan Mumford, showcasing the army of the dead ready to march on Westeros.

For everyone else, head over to the newsstands and you’ll find the big-bad Night King in all his terrifying glory, flanked by our heroes Jon Snow (Kit Harrington) and his aunt/rival/lover Daenerys Stormborn of the House Targaryen (Emilia Clarke). Eh, don’t read into it too much.

So get ready Game of Thrones fans and order your issue now.