Sara Holland shares the scoop on ending her EVERLESS duology!

In her jaw-dropping debut Everless, Sara Holland introduced readers to a world in which blood magic prevails, time is literally money, and royals control their nation for centuries by accumulating wealth and living far more than the normal lifespan. When Jules Ember desperately seeks a job at the Gerlings’ Everless estate, despite having fled the grounds with her father as a child, she only expects to earn enough time to save her father. But there’s a reason Jules’ father kept her away from Everless, and the truth is more haunting than Jules could have ever anticipated.

Its sequel Evermore, which hit bookshelves on New Years Eve, picks up right after Jules’ big discovery. As she runs for her life, she’ll also need to find a way to put an ancient magical battle to rest for good. As this duology’s big conclusion, Evermore offers up more action, major character development, and new possibilities that we loved and we think you will too!

Thanks to Glasstown Entertainment, we had a chance to chat with Sara Holland about creating the world of Everless, what to expect in Evermore, characters with minds of their own, and her favorite YA, among other things. Take a look below!

What were some of your initial ideas for Everless and how did you go about developing a detailed fantasy world from there?

The seeds of EVERLESS took root when I had just graduated college and moved to a new city. I was holding down two jobs while also trying to write, and I often daydreamed about being able to snap my fingers and stop time so I could just sit down and write all I wanted. But of course, magic always comes with a cost—so what would the cost be for magically gaining that extra hour? That gave me the idea of buying and selling time, and I went from there. I took a lot of elements from real life and history, but tried to think through how the time-as-currency system would shape a society and impact the human experience.

Everless was your debut. How did writing Evermore compare to that experience?

Any author will tell you that the second book is tough, and EVERMORE was certainly no exception. I’d had EVERLESS pretty well planned out with a thorough outline, but EVERMORE was more of a mystery going in—and now I had an audience and a deadline too! There were a lot of false starts, and I often felt like I didn’t know what I was doing. But with the help of an amazing publishing team and editors who helped me find the heart of the story, I got through and ended up with a book that I’m proud of. I hope readers enjoy it!

Without giving away anything too big away, what can you tell us about Evermore?

It’s pretty different from EVERLESS—instead of staying put in one location, we and Jules will travel around Sempera, seeing new things, meeting new people, and excavating her Alchemist memories. There’s more fight scenes. And Liam fans will be happy!

Authors often say that characters have a mind of their own. Were there any characters that surprised you as you wrote Everless or Evermore?

Ina and Roan both surprised me in the writing of EVERLESS—Ina was going to be more of a rival to Jules and Roan was going to be kind of evil. In EVERMORE, the person who surprised me the most was actually Caro. I struggled a lot with how much connection Jules should feel with her. Caro is the antagonist, obviously, so there needed to be enmity between them. But I love Caro so much, despite her villainy, that it took a few tries for me to get the balance of feelings in Jules exactly right!

The Everless books explore time as currency. What else do you think would make for an interesting (albeit maybe less deadly) form of currency?

Ooh, that’s an awesome question! Feelings, or dreams, or memories… now I want to write all those books too!

Can you tell us which YA books you obsess over, either as a teen or more recently?

I’ve always loved big, sprawling fantasies full of gorgeous worldbuilding and lots of feels. Both as a kid and now, I love Harry Potter (obviously) and Shadowhunters, Legend, Daughter of Smoke and Bone, The Winner’s Curse, Six of Crows, Brooklyn Brujas, Caraval, Ash Princess, The Belles, The Cruel Prince… I could go on and on!

What’s next for you?

I can’t say for sure, but as you can see from the above question, I really love fantasy stories located in our world—they make me believe magic could be just around the next corner. I’d love to try my hand at that someday!

Evermore (Everless #2) is currently available in stores and online. Snag a copy now via Amazon!

Jules Ember was raised hearing legends of the ancient magic of the wicked Alchemist and the good Sorceress. But she has just learned the truth: not only are the stories true, but she herself is the Alchemist, and Caro—a woman who single-handedly murdered the Queen and Jules’s first love, Roan, in cold blood—is the Sorceress.

The whole kingdom believes that Jules is responsible for the murders, and a hefty bounty has been placed on her head. And Caro is intent on destroying Jules, who stole her heart twelve lifetimes ago. Jules must delve into the stories that she now recognizes are accounts of her own past. For it is only by piecing together the mysteries of her lives that Jules will be able to save the person who has captured her own heart in this one. 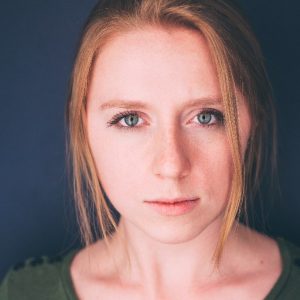 Sara Holland grew up in small-town Minnesota among hundreds of books. She graduated from Wesleyan University and worked in a tea shop, a dentist’s office, and a state capitol building before heading to New York to work in publishing. These days, she can be found exploring the city’s bookstores or finding new ways to put caffeine in her bloodstream. Her debut novel, EVERLESS, was a New York Times-bestseller.