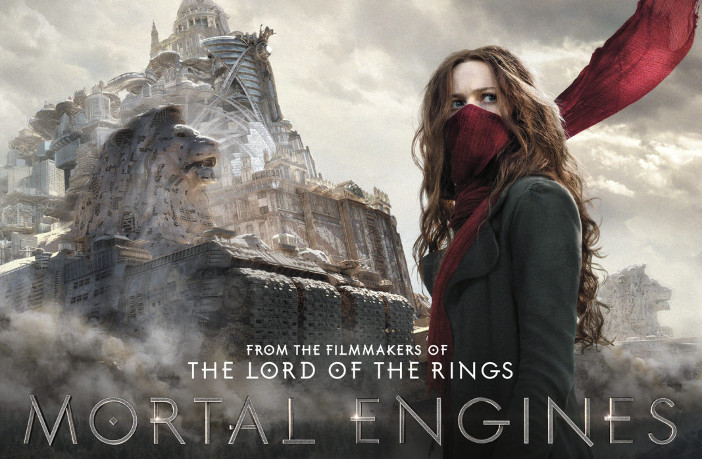 We get into the story of MORTAL ENGINES, based on the 2001 YA dystopian novel by Philip Reeve.

The Peter Jackson produced movie Mortal Engines was released last December to subpar numbers despite it’s unique concept. The movie was based on the book of the same name published in 2001 and written by Philip Reeve. It is the first book in The Hungry City Chronicles.

Kait moderates while Nat and returning guest Miranda from Hollywood News Source get honest about what they thought about the movie from first time feature film director Christian Rivers.

Warning: Major spoilers from the movie AND the book will be discussed, and we mean major!

We rank the YA Book-to-Movie Adaptations of 2018