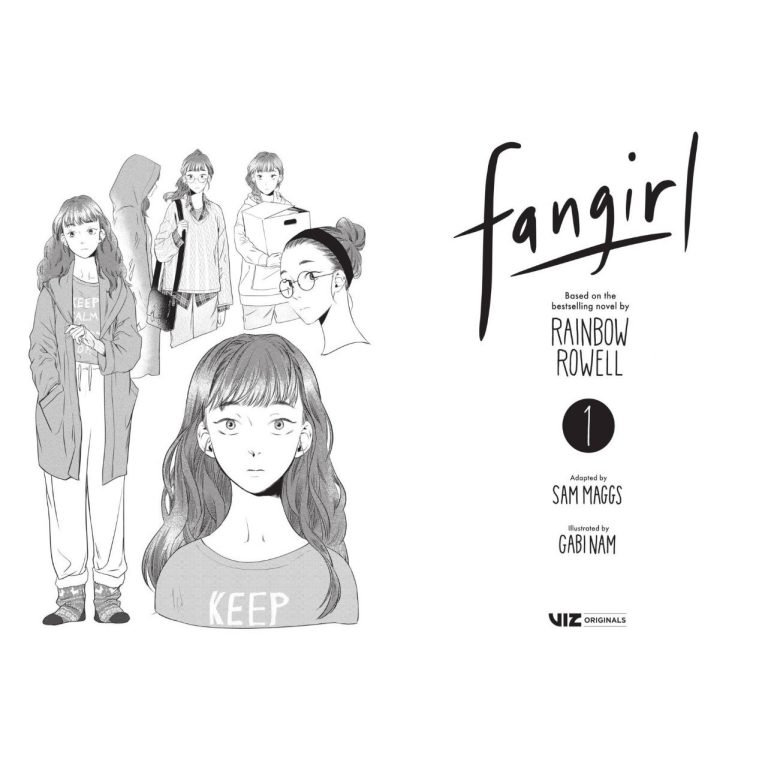 Viz Media just released the first 20 pages of FANGIRL, VOL. 1: THE MANGA, and we can think of many reasons of why we’re here for it!

It’s been seven years since Rainbow Rowell’s Fangirl first hit bookstores, so one may wonder, why should you get the manga when you’ve already read the book? Especially when it means you’d have to spend more money on a story you already know?

We get it. We really do. In these tough times, it’s hard to justify doing such a thing. We’re all struggling, mentally, emotionally, physically, financially. But maybe that’s why it’s good to treat yourself every once in a while to something like buying yourself a good read, and in this case, in manga form.

When you look at the Viz Media preview, what will probably hit you is how much you love the characters from Fangirl, and maybe how much you relate to any one of them, from the introverted and awkward Cath, to the independent-seeking Wren, to the outgoing Levi.

If you’re like me, you’ll really enjoy the art style used to bring these characters into manga form, and how fun it is to see them in a new medium.

And maybe one thing that might come to mind, which we don’t know ourselves, is the idea of possibly seeing a good amount of Simon and Baz in this manga as well! It’s definitely a possibility and one that should give you that extra push to go ahead and take the plunge and pre-order the Fangirl manga!

You can check out the whole 20 page preview right here.

Fangirl, Volume 1: The Manga was adapted by Sam Maggs from the bestselling novel by Rainbow Rowell, and illustrated by Gabi Nam. It will be available on Tuesday, October 13th on digital through Nook, Comixology, and Google Play, which can be pre-ordered.

The paperback edition can also be pre-ordered at local and national book retailers including the following:

Rainbow Rowell’s FANGIRL to be adapted into a manga series