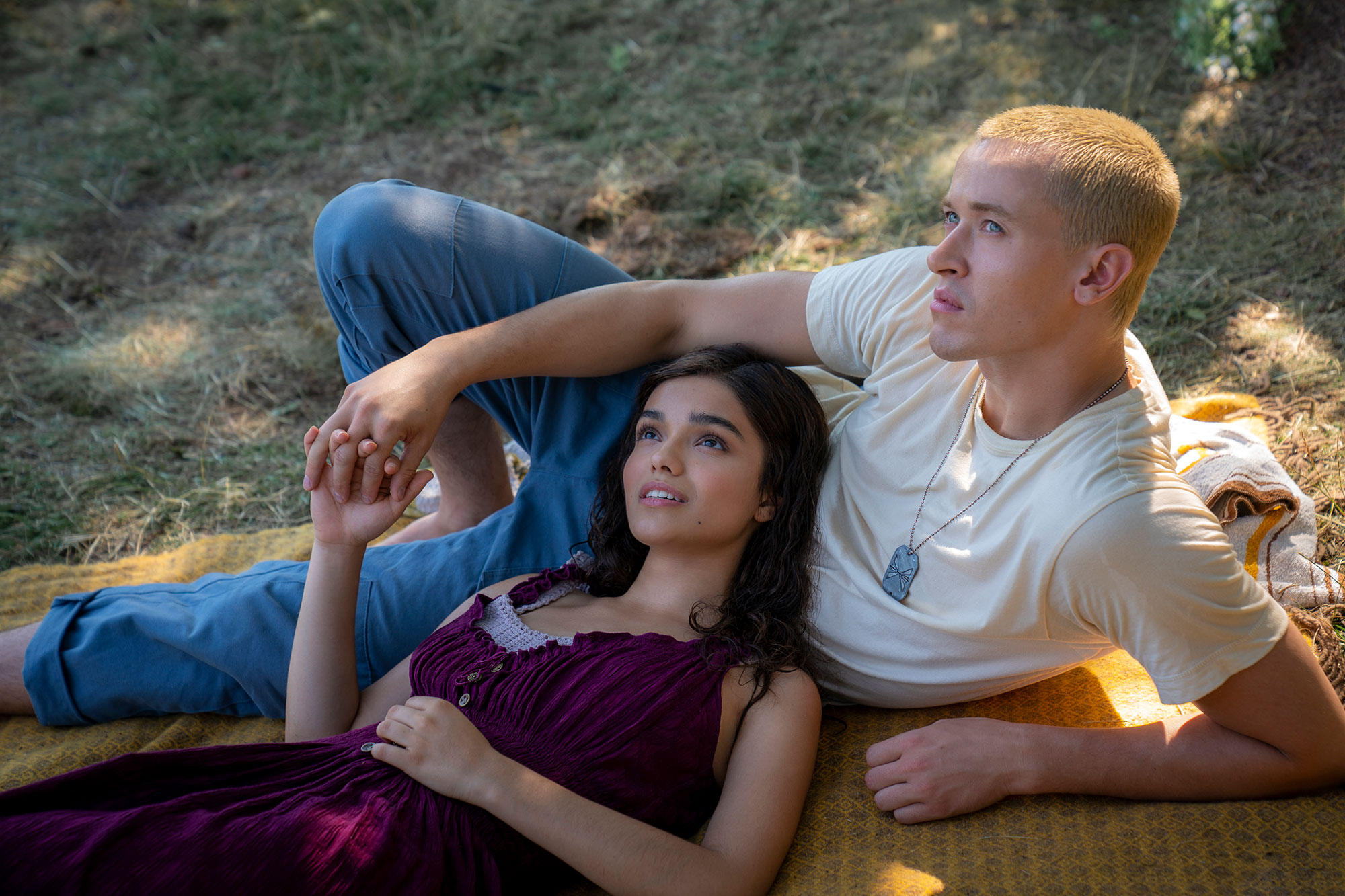 Check out the first image of Rachel Zegler and Tom Blyth as Lucy Gray Baird and Coriolanus Snow in The Hunger Games prequel The Ballad of Songbirds and Snakes.

The film is based on the book of the same name by Suzanne Collins, and takes place years before the events of The Hunger Games. It begins with the 10th annual Hunger Games in Panem, with Coriolanus Snow assigned to mentor Lucy, the female tribute from District 12 who wins the heart of the country when she defiantly sings during the reaping ceremony.

The film’s director, Francis Lawrence, who also directed the last three Hunger Games movies had this to say on how this is a different tale the original series: “This is a love story. It’s this kind of love story set in a different kind of a world in a different time. A very intimate love story. This is not with judgment, but Lucy Gray is the anti-Katniss. She’s a musician, she’s a performer, she’s a charmer… Snow has never met a girl like this before.”

The Hunger Games: The Ballad of Songbirds and Snakes is set to hit theaters November 17, 2023.