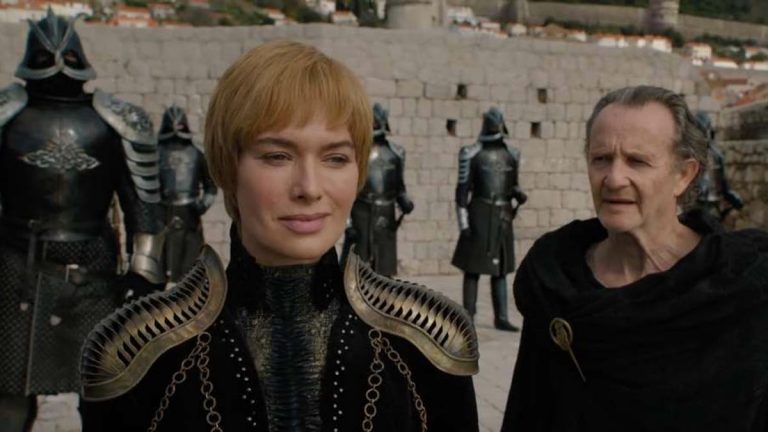 With only two more episodes left in the final season of Game of Thrones, it feels like the show is spiraling out of control. In this strange episode of the HBO show, there was a LOT to digest.

The first half slowly follows our heroes as they pick up the broken pieces of ‘The Long Night’ and celebrate their victory over the Night King. Honoring those lost during the battle, it was a nice homage to all those that we’ve lost over the seasons.

But it wasn’t all gloom and doom. In a surprisingly realistic creative choice, a large section of this episode shined brightly and one couldn’t help but smile at the humor and joy that surrounded the post-war festivities. From promoting Gendry the bastard son of Robert Baratheon to Lord of Storm’s End, to Jaime and Brienne’s awkward realization of the simmering sexual tension between the two. Oh, thanks for making it even more awkward Tyrion by disclosing Brienne’s virginity.

Of course, this surprise bomb drop leaves Jaime intrigued and Brienne more vulnerable than ever. Well, you can guess what happened later this episode.

Got to get it while you can I suppose. After all, there’s no rest for the weary as the next war is already on the horizon. Daenerys is quickly placing her chess pieces on the table and as everyone continues to play the game of thrones, things begin to move quickly.

Still hung up over what he found out over his ancestry, Jon Snow is panicking and desperately wants to tell his sisters. After all, they’re family, right? Cue eye roll.

Sansa wastes no time in telling Tyrion, not even attempting to keep her promise, and soon the news begins to spread like wildfire, just as Daenerys tried to warn her lover. Oh Jon. So good but far too trusting to play this game.

Then again, I’m not sure what I like better. Naivety or obsession. As plans to attack and defeat Cersei begin taking place, Daenerys’s laser focus on believing herself to be the savior, the wall of loyalty and support she built around her starts to fracture. Varys voices his alarm and shock by her frequent allusions to “destiny,” pointing out that this is the point when rulers morph into tyrants.

Tyrion doesn’t agree. He lets the cat out of the bag and seems surprised when Varys suggests swinging allegiances from Daenerys to Jon.

Amusingly, Jon Snow wants nothing more than a peaceful life as the power games are too complicated for him and you know he’s silently dying inside every time someone tries to pull him into anything remotely political.

Daenerys follows through with her plan to invade King’s Landing, and her dragon Rhaegal is killed almost instantly. Daenerys is understandably furious about the result of her plan. Her army in pieces, two of her dragons down by pointy sticks; she has nothing left but her name. Even then, Jon has a better one.

In a last-ditch attempt to appeal to Cersei’s side of humanity, Tyrion speaks to his sister recounting how she had once loved her children and would go to great lengths to keep them safe. Since she’s claiming to be pregnant with Euron’s child, perhaps she would consider stepping down for the good of her unborn child.

And Cersei decides, not today. Brimming with confidence after effortlessly slaying a dragon, Cersei heartlessly orders the beheading of Missandei, who had been captured during the attack on Rhaegal and Dany’s ships. A death that’s completely devastating and so unnecessary. Missandei and Grey Worm’s relationship survived the zombie apocalypse, but it obviously didn’t survive Cersei.

So, Tyrion’s gamble failed…yet again; Dany has lost two dragons and her best friend, and Cersei is baiting her into attacking.

It’s easy to pick a side when the sides are black and white, but when there’s tension between your auntie/lover and sisters, well, then the sides start getting a bit grey.

Two more episodes to go. The penultimate episode airs next Sunday on HBO at 9/8c.