STAR WARS’ 2022 Film Will Be From GAME OF THRONES Creators 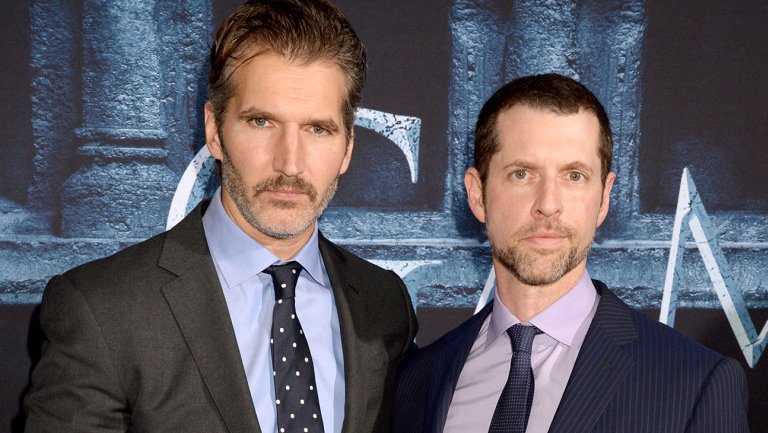 Disney has confirmed that the next batch of Star Wars films will come from David Benioff and D.B. Weiss. The two are known for their work on the widely-acclaimed show Game of Thrones.

According to Disney CEO Bob Iger at a recent Media & Communications summit, the two are already “hard at work,” but the movie will come out a little later because Disney “felt three years was the proper amount of time to not only take a breather and reset, but to gear up for the next film’s release.” This comes after a recent announcement that a trio of new movies are anticipated to begin in 2022.

Game of Thrones’ current season has come under recent scrutiny from critics and fans, which may make for a mixed bag of reactions to the news. Regardless, Benioff and Weiss have long been lauded as masters of storytelling and have been applauded in the past by Lucasfilm president Kathleen Kennedy:

“Their command of complex characters, depth of story and richness of mythology will break new ground and boldly push Star Wars in ways I find incredibly exciting.”

We’re interested to see where these new movies will take us in the Star Wars universe. Let us know your thoughts on this new development in our comments or on Twitter @FandomNet!