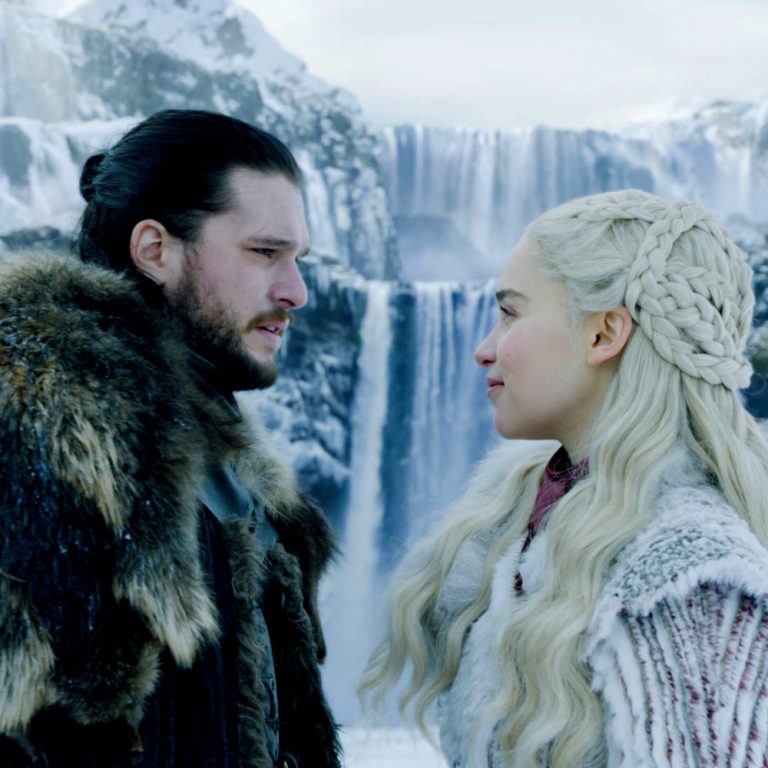 And after all that happened in the final episode, some were still questioning where Jon Snow was going. Sure, it probably is moot at this point, The Hollywood Reporter’s interview with Kit Harington shed some light on that as well as a few other things. Check out some of the highlights from that interview:

How did you come to terms with Jon’s decision to assassinate Daenerys, and allowing yourself the ability to accept the choice?

It’s that horrible conflict in a relationship: “Do I stay or do I go?” We’ve all been through it at some point … except this one involves a knife. (Laughs.) So, the stakes are even higher. But that’s the way I looked at it: “Do I leave my lover?” It was the same kind of thing between Jon and Ygritte [Rose Leslie] earlier in the series, betraying someone he loves for the greater good. But what it really comes down to, the real crux of it, is the decision is made when she puts it between her and his family. Jon essentially sees it as Daenerys or Sansa and Arya, and that makes his mind up for him. He choose blood over, well, his other blood. But he chooses the people he has grown up with, the people his roots are with, the North. That’s where his loyalties lie in the end. That’s when he puts the knife in.

From the start, at its heart, Game of Thrones is an exploration of family — what you’re born into, what you can leave and what you can’t help but keep. Jon Snow was a key avatar of those questions, given his origin as a “bastard,” and his role as both Stark and Targaryen. What do you think Jon’s choice — killing Daenerys to protect the Starks — tells us about the series’ key theme of family?

It was said a long time ago, and I agree with it, that Thrones really is about dysfunctional families. It’s about mothers, brothers and sisters, but it’s also about how far your blood will stretch in your decision making. That’s the ultimate choice Jon is left with. He’s faced with someone he loves as his lover — who he is related to — but his loyalty is with the people and the part of the world where his roots are, the people who raised him. As much as he was an outcast from that group as a bastard, and even though Jon became the legitimate heir to the throne, he will always be of the North. He’ll always be a bastard of the North. He’s always done the honorable thing, and Tyrion [Peter Dinklage] appeals to that: “Do the honorable thing. Do the right thing. Do the hard thing, but do the right thing.” At the end of it, it’s beyond honor for Jon. It’s his family.

Your final scene doubles as the final scene of the series: Jon Snow leading the Free Folk back into the true North. How did you read that final moment?

I loved it. When I read it, that bit really made me cry. What really made me cry was on the paper: “End of Game of Thrones.” But as far as an ending for Jon Snow, this character that I loved for so many years and had grown so close to, and had meant so much to me … seeing him go beyond the Wall back to something true, something honest, something pure with these people he was always told he belongs with — the Free Folk — it felt to me like he was finally free. Instead of being chained and sent to the Wall, it felt like he was set free. It was a really sweet ending. As much as he had done a horrible thing [in killing Daenerys], as much as he had felt that pain, the actual ending for him was finally being released.

Many fans were shocked when Arya (Maisie Williams) killed the Night King (Vladimir Furdik) instead of Jon Snow. What was your reaction when you saw how it would play out?
I was a bit pissed off, only because I wanted to kill the Night King! I think I felt like everyone else did, in that it had been set up for a long time, and then I didn’t get to do it. But I was so happy for Maisie and Arya. I was secretly like, “I wanted to do that!” Especially because I love fighting with Vlad, who also played the White Walker I fought at Hardhome. I’ve never seen a better swordsman. But it was a really great twist, and it tied up Maisie’s journey in a really beautiful way. Over the seasons, we’ve seen her build up these skills to become this hardened assassin, and she uses it all to kill our main antagonist.

There you have it. If you were one of the ones who debated his reasoning for going north of the Wall, you have your answer now. Whether or not you care at this point, well, that’s something you’ll have to debate on your own.

And for the record, HBO should definitely let Kit have his sword.