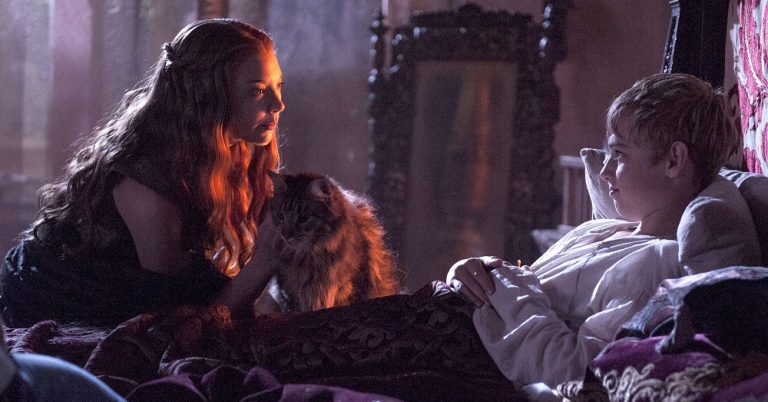 As we count down the days until April 14, aka Game of Thrones season 8 premiere date, fans are getting anxious about their favorite characters. Being that this is Game of Thrones, we already know that there are going to be a lot of tough goodbyes.

And it sounds like one of those goodbyes will be to Ser Pounce. In an interview with Entertainment Weekly, showrunner David Benioff confirms that the poor cat will be poisoned by none other than Cersei Lannister.

“Cersei hated the name ‘Ser Pounce’ so much she could not allow him to survive,” Benioff explained. “So she came up with her most diabolical [execution]. Ser Pounce’s death was so horrible we couldn’t even put it on the air.”

Does the woman have no shame? No heart? While Benioff joked that fans can watch an entire episode devoted to the death of Ser Pounce on the “super-extended, super-charged Game of Thrones box set that comes out later”. Honestly, I would not be opposed to that idea.

As for other deaths, we sadly will have to wait just a bit longer. Oh the anticipation is certainly killing us. Please tell us it’s killing you all too!

Game of Thrones will premiere April 14 on HBO.