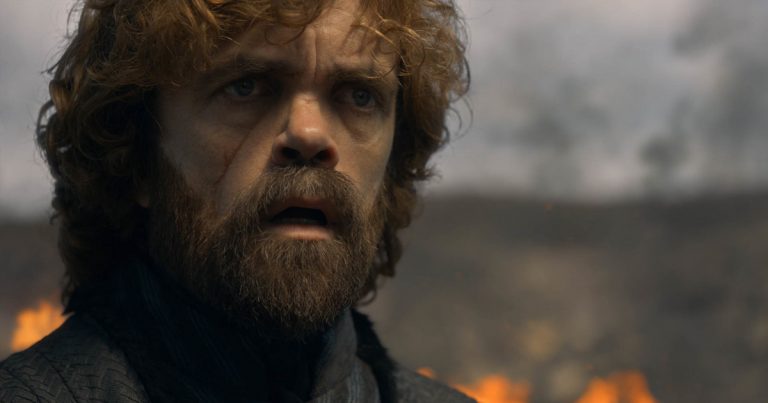 Not only was it physically torched by a grief-stricken Drogon but metaphorically when Tyrion suggested the unthinkable, of electing a king… a king with the ‘best story’. Whether he really did have the best story is, of course, up for debate but in contrast to its predecessors, this final episode carried very little action.

In fact, one may even argue, aside from Jon’s ultimate betrayal against his lover and queen, this episode held very little action at all. But I for one am quite pleased for the show to end without so much of a bang but rather an icy silence of things to come.

While it pains me to know that this will be the last time I will ever write a GOT recap, I can’t thank showrunners D.B. Weiss and David Benioff enough for creating such a high quality show along with its cast and crew who have worked tirelessly for years to give us something to look forward to every Sunday during the month of April.

So with the pleasantries over and done with, let’s dissect the heck out of this last episode. I’m joking of course. Ain’t no one’s got time for that.

As the episode begins, we see Tyrion walking through the ashes and remains of King’s Landing, looking a bit pale around the edges. Making his way into the Red Keep, we see him turn downstairs to look for his siblings.

Please tell me I wasn’t the only one who shed a tear. Absolutely heartbreaking! A pile of bricks and a golden hand poking out of the rubble. Hold your breath. Poor Tyrion is left scrambling at the remains albeit knowing full well what he’ll find at the other side. His two older siblings lying side by side, together, even in death. Put those bricks back Tyrion because I’m not ready to start bawling like a baby.

Outside, Arya and Jon wander among the Dothraki. With no one standing in Dany’s way, are we now going to see one of our main protagonists turn villain?

Blood of my blood! We will not lay down our spears until we liberate all the people of the world!

Not to be bleak but doesn’t this scene almost remind you of WII when Hitler was speaking to his fellow Nazis? “Will you break the wheel with me?” she yells, making a handful of sane onlookers uneasy.

Yes Dany, break the wheel—not melt it and disintegrate it into absolute ash. Then she has the nerve to tell Tyrion (of all people!) that he’s committed treason by freeing Jaime.

Tyrion responds with, “I freed my brother and you slaughtered a city.”

It seems that we’ve got our smart-wit, brash, daring Tyrion back again. If only Jon would take note and follow suite. As he watches Grey Worm take Tyrion away, Jon is feeling the heat and looking a bit more like a lost puppy than ever.

While Tyrion’s just chilling in the dungeon awaiting his death, Jon pays him a visit and Tyrion tries one last time to convince Jon that Dany needs to be stopped.

I know you love her. I love her, too. Not as . . . successfully as you. But I believed in her with all my heart.

We then jump to Dany who is seen standing in front of the Iron Throne, mesmerized by it. Touching it as if almost in awe, Dany regales a story of when she was a little girl and her brother had told her stories about this throne.

But Jon is tired of it all. The stories, the excuses, the prophecies. The two start arguing about the meaning of good and it starts to look like Dany’s has him convinced as Jon whispers, “you are my queen—now and always.” Taking her in a passionate kiss, we’re meant to be briefly distracted, until, we hear that sword noise. Looks like Jon’s not so taken with her that he can’t see sense. As blood runs out of her mouth; John cries silently as his love dies in his arms.

Poor guy just doesn’t seem to have any luck with the women does he? Of course Drogon shows up, because, why the hell not. Seeing his mother dead on the floor, Drogon starts aggressively grieving and blasts the Iron Throne in the process. That’s ok. We didn’t need that throne anyway. He picks up Dany’s body and flies off into the ash cloud.

So it turns out that no one’s going to be sitting on the Iron Throne.

Now where does that leave us?

Well, even with the Iron Throne gone, we still have some bureaucracy going on who gather together to decide the fates of Tyrion and Jon Snow. Oh and to also choose a leader. That part’s important I guess.

Long story short, they inevitably choose Bran. Or rather, Tyrion throws his name out there and everyone quickly jumps onto the bandwagon.

Bran then throws us another curve ball. He wants Tyrion to be his hand. So with his new title, Tyrion returns to deliver the news to Jon that he is to return up north to join the Night’s Watch. Yes, apparently it still exists, or so he’s been told. Not bad if you’re forced to choose between death and freedom.

So with twenty minutes left in the finale to go, we see our beloved Stark family end where they began, saying goodbye to one another and parting ways. With Sansa finally wearing the crown of Winterfell that she’s so clearly earned and Jon cast up to the north, Arya decides to set sail in search of more adventures and stories. *ahem* stories *ahem

We do get a sweet homage to the brief and tragic Jaime/Brienne romance when we see Brienne of Tarth writing down the final hours of Jaime’s noble life, ending it with “died protecting his Queen”.

Needless to say, this show’s taken us on quite a ride and on a show that so frequently reminds us how societies that forget their history are doomed to repeat it, it seems almost cathartic and therapeutic to know that Bran has ended up King. After all, he can see all of history.

Circles and circles and circles, and many ways stories can be spun if only one thing happened differently or if one character chose a different path. But that’s just that; a good story, in the end, leaves you wanting more, and I thank everyone involved on Game of Thrones for bringing it to life and giving us a sense of community in a world where we so often feel alone.