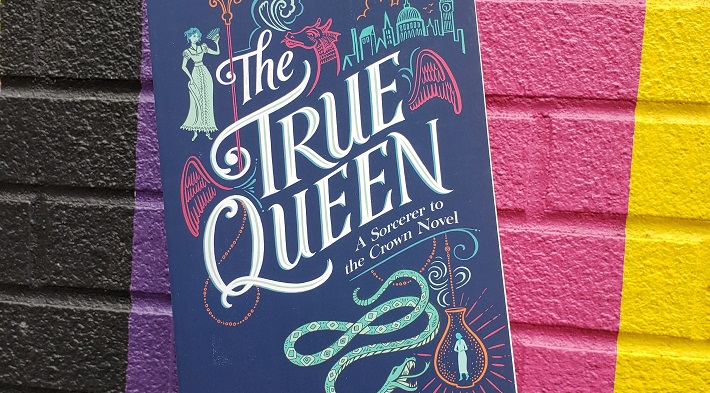 Zen Cho wowed readers with her debut novel, Sorcerer To The Crown, which pairs Regency era sensibilities with magic, adventure, and faeries. The book won the British Fantasy Award and was a Locus Award finalist, earning quite the reputation along with way.

Now, Cho is back with her follow-up standalone The True Queen, which takes place in the same world as Sorcerer To The Crown. It features sisterhood, magic, and a f/f romance… and there’s a chance for you to win a copy for yourself!

The True Queen follows a pair of sisters, Muna and Sakti, who wake on a Malaysian beach without memories. The sisters travel to the magical academy of the Sorceress Royal to discover who cursed them, but on the way, Sakti is lost to the land of the fae. It’s up to Muna to become an expert magician and solve the mystery, but doing so will mean tricking everyone along the way and proving herself to the magical royal courts.

Fantasy author Samantha Shannon (The Bone Season, The Priory of the Orange Tree) called the novel “A sheer delight from beginning to end.”

When sisters Muna and Sakti wake up on the peaceful beach of the island of Janda Baik, they can’t remember anything, except that they are bound as only sisters can be. They have been cursed by an unknown enchanter, and slowly Sakti starts to fade away. The only hope of saving her is to go to distant Britain, where the Sorceress Royal has established an academy to train women in magic.

If Muna is to save her sister, she must learn to navigate high society, and trick the English magicians into believing she is a magical prodigy. As she’s drawn into their intrigues, she must uncover the secrets of her past, and journey into a world with more magic than she had ever dreamed.