Book Review: HARLEY IN THE SKY Is A Poignant, Whimsical Delight 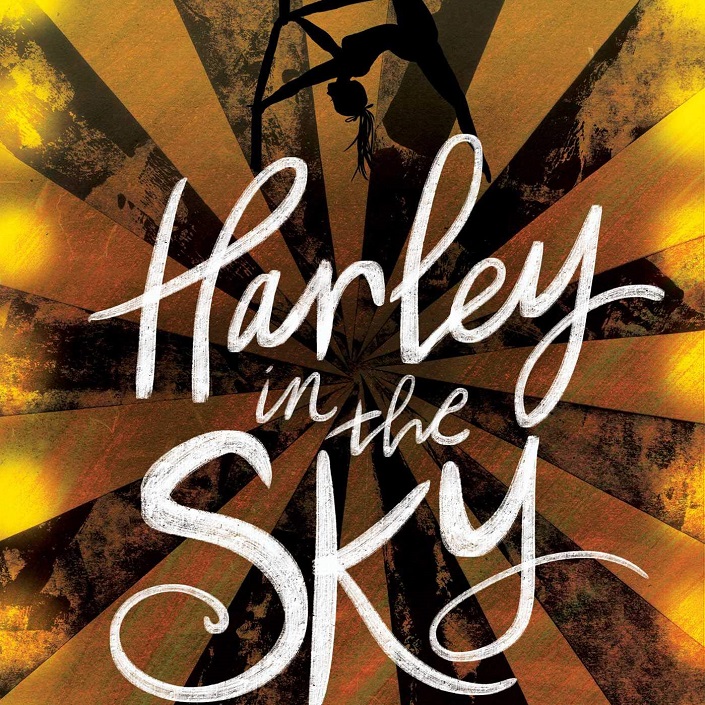 Akemi Dawn Bowman tells a powerful story of identity, found family, and carving a unique path in Harley In The Sky, all through a sparkling lens of whimsy and wonder!

Harley Milano has been part of the circus for as long as she can remember– but from a distance. Her parents own one of the premiere circus tropes in Las Vegas, so she’s spent her days surrounded by magic acts and dreaming of life as a trapeze artist since childhood. There’s just one problem: Harley’s parents demand she go to college and build a life away from the circus, denying her dreams. Instead, Harley betrays her family and joins rival traveling circus Maison du Mystère in a leap of faith. Everything Harley thought she knew about the circus is gone as she finds herself amongst a group of strangers who know nothing about her and aren’t necessarily interested in her aspirations. Can she finally build a life on her own or will she fail to live up to the task?

Harley’s journey through a world unknown is special, particularly because she’s such an engaging protagonist. She’s flawed but multi-faceted, doubtful but determined. Her story isn’t one in which everything goes right every step of the way, leading to the perfect dream life, and that made me appreciate it even more. It’s amazing that Harley has to learn things the hard way. It’s inspiring to watch her confront her mental health and how it affects her relationship with others. There’s a bittersweet pride to watching her consider what’s best for her, even if it’s not necessarily what’s best for the other people in her life. The novel is told from her point-of-view, making each of these moments feel intimate.

But enough with the sentiment! Mind if I gush for a moment?

It’s been a long time– possibly years— since I’ve declared a new book boyfriend. But I just found one: Vas! He’s a musician, a mystery, and perhaps the most unintentional charmer that’s ever been written. I absolutely adored him and felt instant chemistry between him and Harley, despite a slow burn romance that doesn’t show its hand too soon. If you a good swoon that’s not too ridiculously over-indulgent, Vas is here for you.

The surrounding cast of characters, from Harley’s new roommates to the Maison’s diva trapeze artist who refuses to lift a finger for her to her own family, is excellent. Bowman makes a point to flesh out the whole cast and there’s not one character in the bunch that I’d describe as one-dimensional. Their quirks and backstories also don’t feel like forced shoe-ins, which is very important to me. They elevate the storytelling rather than distracting from it.

There were a couple details in the novel that felt a little unfinished, like referring to Harley’s obsessive spirals in the past and some vignettes from her last one without really diving into exactly what happened, or strained but largely unexplored relationships between other members of the circus. I would have liked to see that explored a little more thoroughly, but I still like the way it played into Harley’s decisions and others’ cautious doubts. There’s lots of drama to be had, but it’s all encased in the undeniable fun of the circus and the sweet moments that develop naturally within its constraints, so I didn’t dwell on these things for too long.

I highly recommend Harley In The Sky to any readers who love complex characters and stories about self-discovery. This is my first Akemi Dawn Bowman novel and I’ll definitely be picking up the others soon, because Harley is an absolute delight!

Harley In The Sky hits shelves on March 10, 2020. You can preorder it via Amazon, B&N, or Indiebound now!

Harley Milano has dreamed of being a trapeze artist for as long as she can remember. With parents who run a famous circus in Las Vegas, she spends almost every night in the big top watching their lead aerialist perform, wishing with all her soul that she could be up there herself one day.

After a huge fight with her parents, who continue to insist she go to school instead, Harley leaves home, betrays her family and joins the rival traveling circus Maison du Mystère. There, she is thrust into a world that is both brutal and beautiful, where she learns the value of hard work, passion and collaboration. But at the same time, Harley must come to terms with the truth of her family and her past—and reckon with the sacrifices she made and the people she hurt in order to follow her dreams.