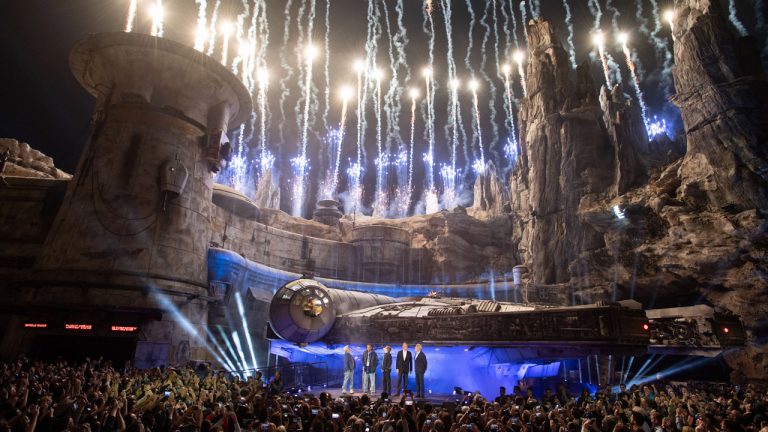 The ceremony kicked off the opening of the new STAR WARS: GALAXY’S EDGE Disney park.

Our beloved STAR WARS star Harrison Ford keeps to himself most of the time, making any appearance a treat. Imagine fans’ excitement when he joined co-stars Billie Dee Williams and Mark Hamill at the Galaxy’s Edge dedication ceremony! The actors were also joined by George Lucas and Disney CEO Bob Iger.

Apparently Han Solo himself was needed to “start” the Millennium Falcon. “Peter,” he said, referencing his late co-pilot and friend Peter Mayhew, “This one’s for you.”

This came after an emotional speech from Mark Hamill. “Star Wars for me has always been the gift that keeps on giving and the reason is because of you,” Hamill said. “Everywhere I go, people treat me like I’m family… The stories they tell me are so heartfelt and I can’t tell you how grateful I am to have been a part of [Star Wars], to be associated with a character that represents optimism and hope.”

You can watch the whole Galaxy’s Edge ceremony streamed by Disney Parks on YouTube.

The Disneyland park is open now, while Disney World will follow suit in a few months on August 29.