Harry and the Potters Return with New Album, LUMOS 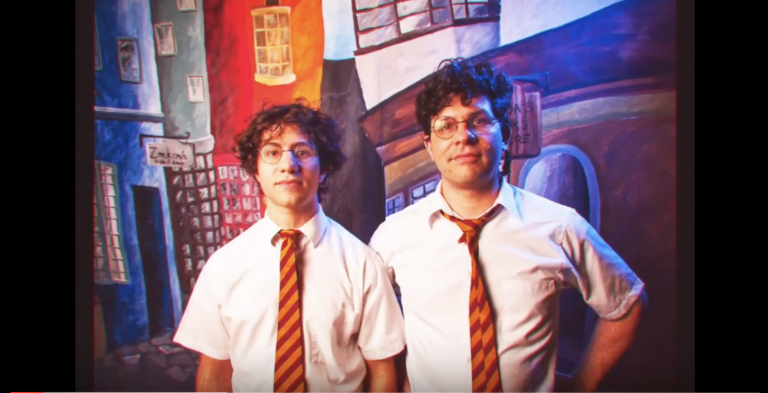 Wizard rock stars Harry and the Potters are releasing their first album in 13 years!

Harry and the Potters (founded by brothers Joe and Paul DeGeorge) have been making Harry Potter inspired music since the early 2000s, but they’ve been silent for a while. But have no fear, wizard rockers, because the band is back and releasing a new album, Lumos, that will explore the political undertones of Harry Potter and the Deathly Hallows.

They recorded the album last year, and it is now up on Kickstarter for purchase. Lumos attempts to use the political edges of the final Harry Potter novel to make a statement on current American politics. Literature has always had sway in the political world, and this band has not forgotten that. A statement on the album makes this political role clear:

“Using the magic of rock and roll, [Lumos] chronicles the events of the seventh and final Harry Potter book where J.K. Rowling’s teen wizard and his friends are on the run from a xenophobic, authoritarian regime and must work diligently to take down a dark wizard who capitalizes on fear and emboldens supremacist wizards.”

The band will be going on an extensive tour for the album; you can check out the tour details here.

The band has been outspoken on the intersections of social justice and Harry Potter in the past, even co-founding the Harry Potter Alliance, an activist organisation:

“We started working together in 2005 to use these stories as a framework for introducing people to social justice work: to create a real-world Dumbledore’s Army. I’ve seen a handful of think-pieces recently that are basically like ‘Harry Potter isn’t real and it should be a basis for any sort of activism,’ but I think those takes miss the point entirely. That’s fine if you came out of the womb super-woke, but people learn in different ways and follow different paths to activism. The Harry Potter Alliance has been particularly successful at creating thousands of first-time activists, many of whom have gone on to make this work an important part of their lives.”

Harry Potter, and literature in general, is about more than just the books; it’s about the stories they tell and the change they inspire. And Harry and the Potters represents that perfectly with their new album.

Lumos will be released on June 21st, 2019. In the meantime, you can listen to their first single, “Trace,” here, and check out the album announcement video below: