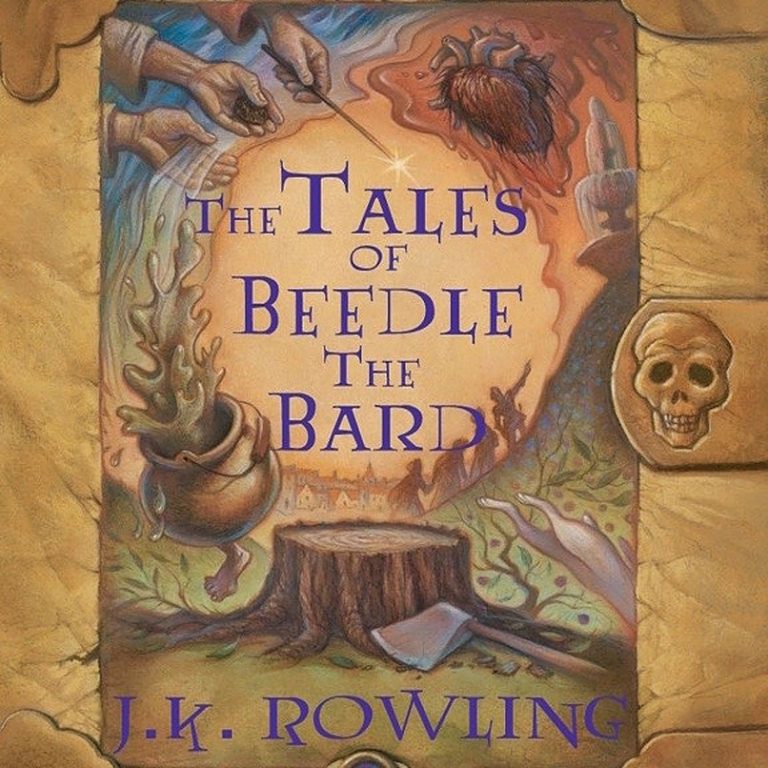 Audible announced they will be releasing an audiobook version of J.K. Rowling’s The Tales of Beedle the Bard. The book is a collection of bedtime stories told to young wizards in the world of Harry Potter. Various actors associated with the Harry Potter franchise will narrate the book.

Norma Dumezweni, who originated the role of Hermione in Harry Potter and the Cursed Child, will read “The Tale of the Three Brothers.” Jason Isaacs (Lucius Malfoy) will read “The Warlock’s Hairy Heart.” Warwick Davis (Professor Flitwick) will read “The Wizard and the Hopping Pot.” Evanna Lynch (Luna Lovegood) will read “The Fountain of Fair Fortune.” Bonnie Wright (Ginny Weasley) will read “Babbitty Rabbity and her Cackling Stump.” Jude Law, who plays young Albus Dumbledore in the Fantastic Beasts and Where to Find Them franchise will read Dumbledore’s notes on the stories. And finally, Sally Mortemore (Madame Pince) will read the introduction.

Check out a video introduction from the actors below: