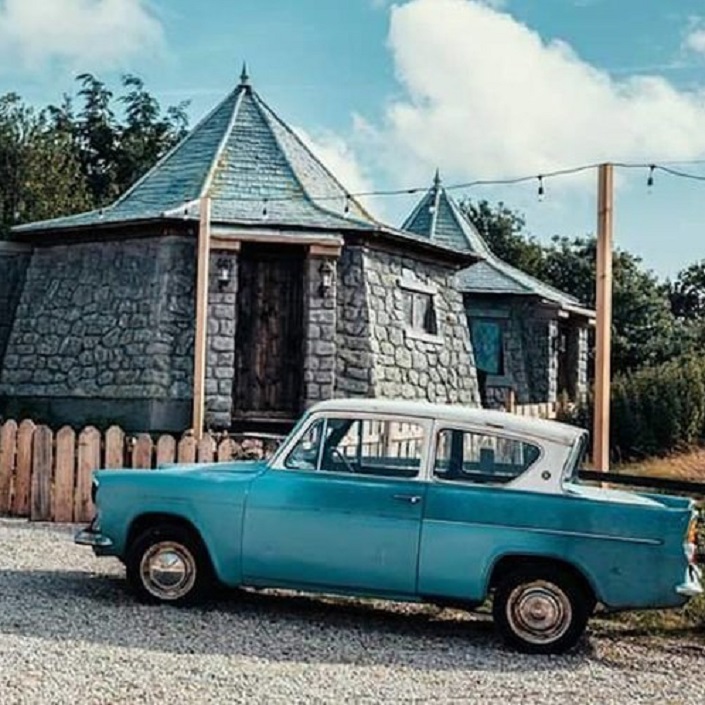 Ah, Hagrid’s Hut! A place for escape from the pressures of being The Chosen One… or maybe just from the monotony of your work week!

The hut seen in the movies may be two different set pieces (an exterior set on location in Scotland and an interior set in Leavesden Studios,) but that didn’t stop Billy Cessford from recreating the iconic piece of cinema… with a few adjustments for size. The “Grounds Keeper’s Cottage,” as the property is known, is located in Yorkshire, England and rented out regularly– usually for £1,400 per week. But Harry Potter fans have a new opportunity to experience Christmas at this amazing locale with a small donation to charity!

Owner Carol Cavendish is giving one lucky winner a chance to stay in the cottage for the week of Christmas with up to 5 guests as part of a £5,000 bundle that also includes a “magical Christmas hamper”, a meet & greet with a Snowy Owl, a teatime visit from “Harry Potter,” a steam train ride at Goathland station (where parts of the movie series were filmed,) and presents delivered by Santa himself.

According to MuggleNet, who first shared the news, the contest costs £ 1 per entry, with a portion of the entry fees going to J.K. Rowling‘s Lumos foundation, which supports disadvantaged families and seeks to hamper the institutionalization of children in orphanages worldwide.

You can explore the hut and enter the competition, which ends October 31, via the Northshire website.