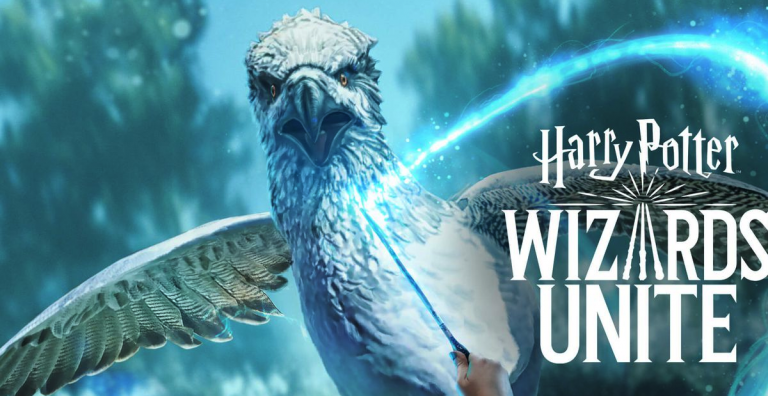 After a fair amount of disappointment in the first Harry Potter mobile game, Harry Potter: Hogwart’s Mystery, WB Games is hoping for more success with their upcoming mobile game.

Harry Potter: Wizards Unite is a team-up with Pokemon GO creator Niantic. It features the same augmented reality format as Pokemon GO with some unique twists of its own. The official Wizards Unite website just announced the gameplay details, starting with your mission on the wizarding world.

A calamity has befallen the wizarding world, causing artefacts, creatures, people, and even memories to mysteriously appear in the Muggle world. Witches and wizards from across the globe must come together to solve the mystery of The Calamity, overcome the confounding chaotic magic that surrounds these “Foundables,” and return them to their rightful place, keeping them safe from Muggle eyes.

Here are some other details you need to know:

Inns – To interact in the game, you’ll need “Spell Energy”, which you can get from local Inns. These locations will also offer up ingredients for spells that you’ll need as you complete tasks.

Portmanteaus – These Portkey locations will offer users AR looks into popular Wizarding World locations right in the middle of your neighborhood… after you unlock them, of course.

Fortresses – The places where you’ll come together with friends to battle wizarding foes, from Death Eaters to Dementors. You’ll recover “Foundables” from each battle you win.

Professions – Players can choose between one of three professions, which are essentially teams: Aurors, Magizoologists, or Professors. Unlike Pokemon GO teams, Wizards Unite suggests that teaming up with players with different professions will give you the advantage during missions.

Want to get more details as they arise? Pre-register for game details and get more info on the official site!