HIS DARK MATERIALS 1×02 ‘The Idea of North’ Recap 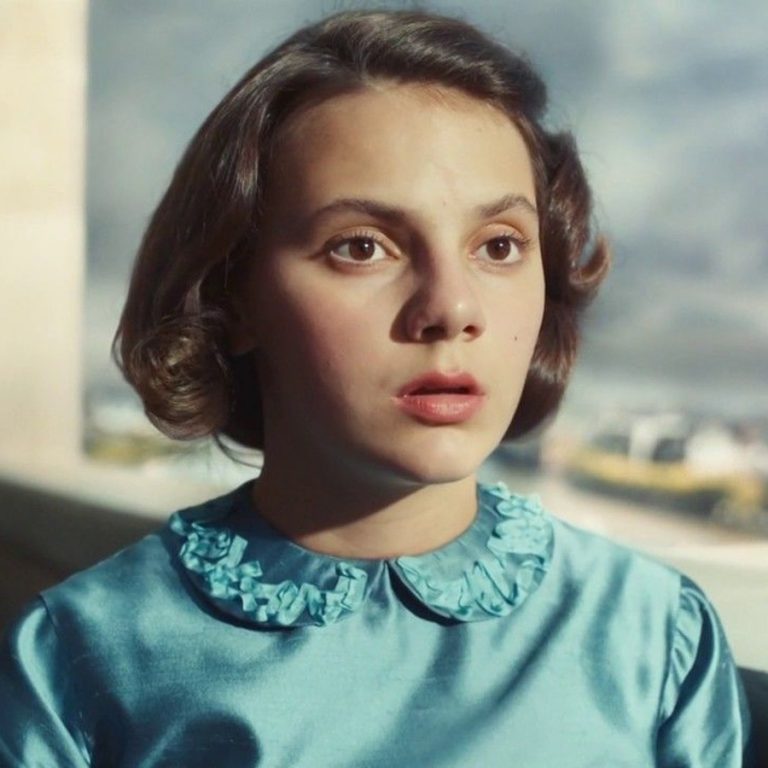 Not all is rosy and sunny in London. The move from Jordan College leaves Lyra excited and jumping at the chance to explore and embrace her new life. Though she quickly learns that what glitters is not always gold. Or if we’re being punny … a golden compass.

Once they arrive in London, Mrs. Coulter gives Lyra (Dafne Keene) the ‘grand tour’ of her new home. Here we get our first foreshadowing scene. For a girl who’s lived most of her life in a cold attic room with peeling paint, the opulent marble floors and Art Deco furnishings are almost too much to take in. As she flops onto her new bed, she fails to notice that the older woman locks the elevator behind them and she herself looks a bit wistful and sad.

But of course, Lyra is a loyal friend and can not be distracted from the disappearance of her best friend. Once the shock of being in a new city wears off, Lyra is back to asking about Roger. Mrs. Coulter (Ruth Wilson) reassures her that she’s got her best people on the hunt and essentially manipulates the young girl into dropping the subject by claiming that Lyra must trust her. So she does, for now. I mean, she hasn’t had reason not to quite yet.

And so while Lyra is soaking in her new surroundings, we jump over to the missing kids. Roger finally joins the other kidnapped children, glad to find a familiar face in Billy Costa. Trapped among the crowded, rusted beds and moldy living conditions, we still don’t know what the Gobblers have in store for these kids. But we’re not very optimistic.

Whatever they’re up to, hopefully the Gyptians can get to them before any harm comes to the children. Also having just reached London, the Gyptians are hot on the Gobblers’ tail, though they miss finding the children after a failed raid. Billy’s brother, Tony, is not too happy and growing tired of sitting by and doing nothing, he and Benjamin de Ruyter (Simon Manyonda), a fellow Gyptian, go off on their own to find Billy.

Meanwhile, Lyra herself is starting to uncover the red flags in her fantasy. As she spends more time with Mrs. Coulter, the more conflicted she becomes. Mrs. Coulter is no longer the picture perfect mom-like figure that Lyra had initially envisioned. Though Mrs. Coulter ensures the young girl that she could be extraordinary, she doesn’t seem all that interested in letting Lyra be herself — more like a little doll she can play with however her heart desires.

Obviously, we can assume there’s a lot of underlying trauma beneath Mrs. Coulter’s past based on how she treats Lyra. Who knows, maybe she does want what’s best for Lyra but her her control-freak nature certainly isn’t making her Lyra’s favorite person right now.

With the relationship between the two now strained, Lyra starts to rebel, in big ways and small, even going as far as to mention everything she currently knows about Dust. Thankfully, her daemon’s there to pull her back before the feisty girl says too much.

What’s going on with Mrs. Coulter though is so trivial when compared to what Lord Boreal’s been up to this episode. After facing off with Master Carne, Lord Boreal starts doing his own snooping. Going underground, Lord Boreal finds something that… you really should not find in a school’s crypt. He must have some super forensics skills because I have no idea how he could tell that the skull was actually not Stanislaus Grumman as it was once presumed. But if you think that was strange, wait till you read the next paragraph.

That night, Boreal decides to go into an abandoned greenhouse … I think … into a world that seems a lot like our modern one. New cars and fresh smartphones and all.

But for now, let’s move back to what’s going on with the Gyptians. At the Magisterium, the Gyptian raid grabbed the attention of the creepy Cardinal Sturrock (Ian Peck) which prompts MacPhail to visit Mrs. Coulter with a warning. Can’t you sense that weird energy between them? Ok. Moving on.

Their discussion is interrupted by a spying Lyra, surprise, surprise. But before he goes, Coulter reminds MacPhail that through her work. they will have the opportunity to understand Dust. So now we have to ask ourselves, does her work involve manipulating poor Lyra?

Well, seems like we’re not the only ones slowly beginning to piece these puzzles pieces together. Freaked out by everything that’s happening, Lyra decides to keep the alethiometer in a small white bag at all times.

The confrontation between Mrs. Coulter and the girl that follows really brings the underlying conflicts to the surface. Both Wilson and Keene are heartbreakingly good in this scene as a huge bomb gets dropped.

For those who hasn’t seen the show and really doesn’t want to know this spoiler… scroll past. Ready? Last call. During Mrs. Coulter’s daemon’s violent attack on Pan, Mrs. Coulter shrieks out that Lord Asriel is a “failure of a man and a failure of a father”. Sidenote: up until now, we’ve all known Lord Asriel as Lyra’s uncle… not father.

As Lyra processes the shock that Asriel is really her father and not her uncle, she naturally wants to know who her mother is. Mrs. Coulter sidesteps the question so three guesses who her mom is.

So if relations weren’t strained before between the two of them, it certainly is now. All trust is broken and when Mrs. Coulter says that Roger returned to Oxford, Lyra knows now that she can’t believe a word this woman says.

I mean, she’s not wrong. When Mrs. Coulter leaves the apartment alone, she goes to visit the kidnapped children. She tells them, kind of like she’s done with Lyra, that they are going on a journey and they must write letters to their loved ones.

Even when she comes face to face with the missing Roger and helps him compose a letter to Lyra, Mrs. Coulter has no intention of letting him or any of the other children go. Instead, she burns the letters once she leaves. Goodness, Mrs. Coulter.

At least Lyra isn’t one to sit around and mope. While Mrs. Coulter is off being a sociopath with the missing kids, Lyra has broken into into Mrs. Coulter’s study and discovers plans for a device that traps a child and their demon in separate cages with a guillotine suspended above them.

As the young girl’s slowly piecing together what all of this means, she gets her final clue during a fancy party Mrs. Coulter throws later that day. A journalist named Adèle Starminster (Georgina Campbell) brings Lyra aside and explains that Mrs. Coulter is head of the General Oblation Board. And cue the drumroll, she is in fact the head Gobbler.

Coulter catches the pair talking and Lord Boreal, who’s now back from his weird cross-dimension trip, escorts the journalist out to a waiting car where he takes her beautiful butterfly daemon in his hand and crushes it, killing the woman instantly.

Lyra is far luckier than the journalist and she manages to run away. Feeling betrayed and shaken from everything, Lyra tries and struggles to sleep huddled in a doorway. But sleep doesn’t come easy for the young girl and she notices what looks like the same daemon Billy and Roger saw right before they got snatched. Before she can escape, a Gobbler grabs her from behind and that’s where the episode ends.

His Dark Materials airs every Monday on HBO 8/7c.