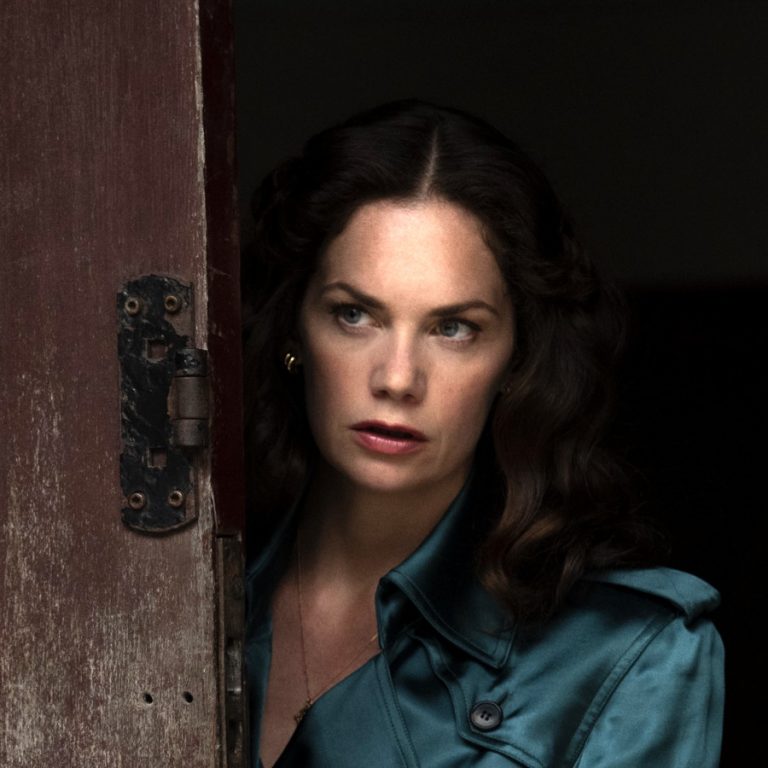 And so it begins. The last time we had an adaptation of the classic Philip Pullman YA series, it didn’t go so well. In the words of Hollywood, the 2007 film led by Nicole Kidman and Daniel Craig flopped. But you live and you learn right? Hopefully HBO has.

In the much anticipated His Dark Materials season premiere, we start off with a beautiful text preface in place of Galadriel’s monologue, explaining the quirks of the world, where souls exist outside the human body in the form of daemon companions. The text also mentions the prophecy (always a prophecy) whispered among the witches of the North telling us of a child will soon upset that centuries-old reign in a big way.

The child is one Lyra Belacqua. But let’s not get ahead of ourselves just yet. In a way of almost setting the stage of this journey for its viewers, HBO’s version of HDM starts off with Lord Asriel (James McAvoy) struggling through a flood with a baby. Pleading with Jordan’s Master Carne to keep the baby safe, Lord Asriel invokes scholastic sanctuary to do so. The baby of course is Lyra.

Flash forward and we see the floodwaters have receded. Lyra (Dafne Keen) is now twelve years old and acting as any young girl her age would, in other words, running through the halls and rooftops of the college with her best friend Roger (Lewin Lloyd). Almost immediately, we can see how adventurous and feisty this young girl is.

Meanwhile, as the kids are racing around the college enjoying themselves, the camera flashes back to Lord Asriel who’s currently embarking on a dangerous expedition with his daemon Stelmaria (Helen McCrory). We see him rush back to his camp after photographing the Northern Lights, clearly excited and anxious about something that he’s found. Whatever this mysterious evidence is, Lord Asriel believes it’s enough to convince the Scholars of Jordan College of its truth.

After the beautiful credit sequence, we rejoin a very bored Lyra who wants nothing more than to be “on the other side of the window.” Bored out of her mind with the lesson she’s currently sitting in, Lyra decides to go out onto the rooftops to track her uncle.

But while the girl’s overjoyed to see her uncle again, others aren’t so happy. Turns out, right in that moment, the normally kind Master was pouring some poison into a decanter of Tokay, a certain rare liquor that her uncle favors.

Lyra though, sees this happening and jumps through the window, managing to smash the glass out of her uncle’s hand. Well, needless to say, Lord Asriel wasn’t exactly pleased with this sudden surprise. But his surprise quickly disappears when he figures out that his niece wasn’t lying. So what does he do? Assign her as a spy, naturally. I mean, that’s the natural response isn’t it? Sure… why not.

So Lyra’s off hiding in a window cupboard acting as her uncle’s spy. Any book reader will know the importance of Dust in the world of HDM and here is where we have our first introduction to this infamous Dust. Although we don’t know yet the mystery and scandal surrounding Dust, we do know that Dust is only attracted to adults and not children. We also know that what Asriel found during his trip up to the Northern Lights was actually a city in the sky, which suggests that there is a myriad of worlds beyond this one, worlds that the Magisterium does not control.

So that didn’t go well with the others in the room and while the Master tries to end the meeting, Asriel protests that Grumman discovered the same information and paid with his life. Asriel warns the room that a war is brewing between two powerful forces and he needs funding if he is to continue this dangerous work and find a way to fight back.

Of course, with this radical presentation, Asriel puts a huge target on his back and is forced to flee back to the North as soon as he can. Roger tips Lyra off and the poor girl is understandably upset. Lyra begs Asriel to take her along but he refuses, saying that it’s too dangerous for her and that she needs to stay where she is. In a last ditch effort to get answers, Lyra asks if this was the same type of airship that her parents died in. Asriel tells her no but take note, he paused. Pausing before answering almost always suggest some hidden truth that’s not being shared. But I guess that’s a mystery for another time. For now, Asriel is gone and Lyra is distraught.

Meanwhile, elsewhere in Oxford, a Gyptian child named Billy Costa has gone missing. The Gyptians are a group of river-dwelling nomads and unfortunately, Billy isn’t the only Gyptian boy who has gone missing. Turns out, several other children from the community have been steadily disappearing and the Gyptians are reasonably convinced that they’ve all been kidnapped by a group called the Gobblers. Whether this is real or not, who knows yet. But with over sixteen kids missing, clearly something is amiss.

So now’s a matter of where to start looking for these missing children. While Billy’s mom, Ma Costa (Anne-Marie Duff), wants to keep looking in Oxford, John Faa (Lucian Msamati), the King of the Western Gyptians, and his advisor, Farder Coram (Game of Thrones’ James Cosmo), suggests that Billy’s been taken to London with the other missing children.

News of Asriel’s heresy quickly spreads like wild fire and those at the Magisterium are not happy. Father MacPhail (Will Keen) charges Lord Boreal (Ariyon Bakare) with pursuing Asriel to the North while keeping the investigation quiet from a mysterious woman.

Lyra quickly takes to this mysterious woman, who we later discover as a Mrs. Coulter (Ruth Wilson). But for a girl yearning for adventure outside the college walls, a woman like Mrs. Coulter seems to be a godsend. When she is asked to be the grand lady’s assistant in London with a future promise that they will travel to the North later on, Lyra jumps at the chance. But she can’t leave Roger behind and asks Mrs. Coulter if he can join them. What a great friend you are, my dear Lyra. Although Mrs. Coulter isn’t too happy about the prospect, she inevitably agrees he can come.

But before Lyra goes to find Roger, she’s called in to see Master Carne without Mrs. Coulter’s knowledge. Earlier in the episode, we saw The Master tell the Librarian that Lyra has a dangerous part to play in the events ahead. Only problem was, she had to discover the path for herself, as horrible as it might be. So the Master decides to give Lyra an alethiometer, the mysterious compass-like object that will help her discern the truth. Lyra is not interested in keeping secrets, but the Master pushes her to take it, if only for her own protection. And Lyra, my dear, don’t trust Mrs. Coulter if you know what’s good for you.

After all this, Lyra realizes she hasn’t seen Roger in a long while. But when she tries to find him, he’s nowhere to be found. The young girl turns to Mrs. Coulter who promises her they will be able to find Roger once they get to London. So thus begins the search for Roger.

Eager to start searching, Lyra starts talking of the Gobblers. But she’s not the only one doing so. The Gyptians, too, are hot on their heels, trying to track down all of the missing kids. Whatever the Gobblers have in store for him, it doesn’t look good. Lyra and the Gyptians had better find Roger and the rest of the kids fast.

His Dark Materials airs every Monday on HBO.