Holly Black’s THE QUEEN OF NOTHING Cover Reveal and Excerpt 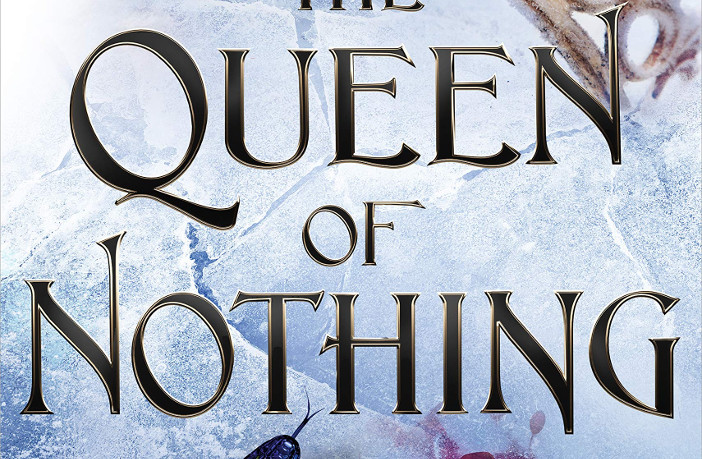 Holly Black‘s novels have become a cultural touchstone for all things faerie, and The Folk of the Air trilogy might be her most beloved work yet.

The hype is realer than ever as fans eagerly anticipate the release of The Queen of Nothing, which will reveal faerie-raised human Jude’s true place in the faerie world (and with infuriating heartthrob faerie Cardan) once and for all.

The book doesn’t hit shelves until January 2020, but Bustle has your first substantial sneak peek at the series. Let’s start with the cover, which may be the most stunning in the series so far, and that’s saying something!

Next up comes an excerpt that features Taryn revealing quite the predicament to a reluctant Jude:

The screen door bangs. Then Taryn rushes in front of me, her gown blowing in the morning breeze. If I didn’t know what a real princess of Faerie looked like, I might think she resembled one. For a moment, it seems impossible that we’re related, no less identical.

“What happened to you?” she asks. “You look like you got into a fight.”

I don’t speak. I just keep walking. I am not even sure where I am going, as slow and stiff and sore as I am. Maybe to Bryern. He’ll find me a place to crash, even if I won’t like the price later. Even bunking with Grima Mog would be better than this.

“I need your help,” Taryn says.

“No,” I say. “No. Absolutely not. Never. If that’s why you came here, now you’ve got your answer and you can leave.”

“Jude, just hear me out.” She walks in front of me, causing me to have to look at her. I glance up and then start to circle around the billowing skirts of her dress.

“Also no.” I say. “No, I won’t help you. No, I won’t hear you explain why I should. It really is a magical word: no. You say whatever bullshit you want and I just say no.”

“Locke is dead,” she blurts out.

The Queen of Nothing (The Folk of the Air #3) hits shelves on January 7, 2020. You can preorder it now via Amazon or support your local independent bookstore via Indiebound!