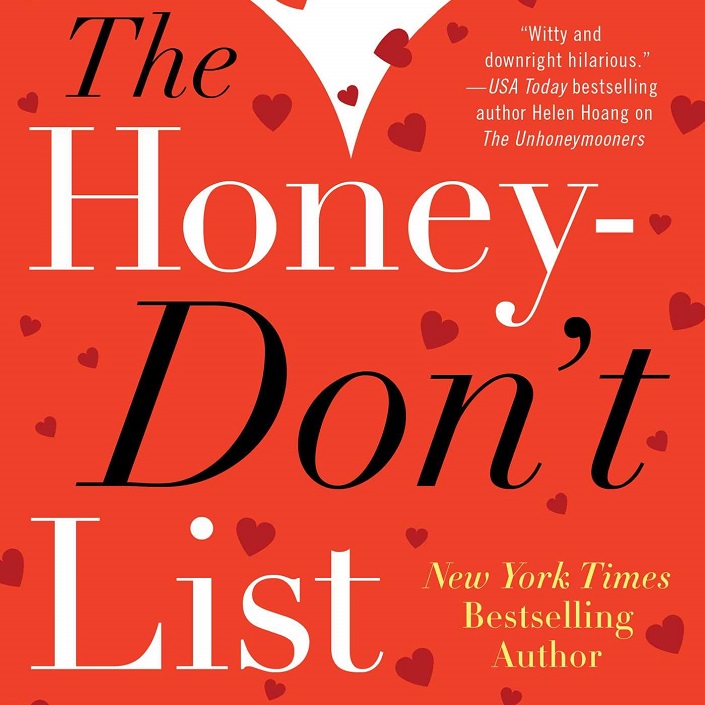 Melissa and Rusty Tripp are the king and queen of home makeover entertainment. Touted as the perfect couple, they’ve just left a group-oriented show for a solo project and released a marriage advice book that reflects their simple, down-home relationship with a strong focus on family. There’s just one problem: In real life, they absolutely hate each other and are on the verge of implosion.

Carey Duncan has been working for the Tripps as a loyal assistant to intense and neurotic Melissa, among other things, long before they got famous. James McCann was hired as an engineer, but became womanizing Rusty’s de facto assistant when Melissa realized how untrustworthy her husband can be with close female coworkers. Carey and James haven’t had much interaction and don’t necessarily respect each other’s roles… until they’re both thrust on to Melissa and Rusty’s marriage advice book tour with the unhappy couple. Now they’ll have to work together to convince everyone that their bosses are blissfully in love. If they can’t, their careers will be shattered.

Carey and James are both really capable narrators who have distinct personalities and parts to play in the Tripp world. They come together under fire before realizing there may be something more underneath the chaos, and it was really fun to watch two characters come together in a wild yet plausible situation. Their story makes for a quick read as the authors keep the pace light and airy, moving through the days on tour with a smart mix of antics and more personal moments.

However, the tone was not exactly as I expected. The book’s description made it sound pretty comedic– and if you’ve read author team Christina Lauren’s other books, you know they’re pretty good at injecting comedy into the mix– and it was more serious than I expected. Yes, there are definitely moments that will make you smile, but that’s not the overall feel. It’s ultimately about empowerment, which is a good thing, but the novel takes that empowerment message so seriously that I felt levity got lost in the mix.

Christina Lauren has made a recent shift from smutty romance to a more straightforward, relaxed romance that some are calling women’s fiction (though I kind of hate that term.) There are sex scenes, but they’re short, few and far between, and not necessarily the focus of the book. Still, this means that this isn’t a YA (or given the age of characters, even NA) tale. If you like your books a little steamy, The Honey-Don’t List is here for you. If you prefer your books REALLY steamy, Christina Lauren’s earlier catalog is there for you instead. Honestly, I prefer the steamier stuff because I think it had a bit more personality.

If you love yourself a good HEA with a side of swoon, fear not– Christina Lauren will always have something up their sleeve for you. While perhaps not their strongest outing, The Honey-Don’t List is sweet, fun, and yes, empowering with an extra dose of insider amusement for the HGTV addicts among us!

The Honey-Don’t List hits shelves on March 24, 2020. Snag your copy via Amazon, B&N or Indiebound now!

Carey Duncan has worked for home remodeling and design gurus Melissa and Rusty Tripp for nearly a decade. A country girl at heart, Carey started in their first store at sixteen, and—more than anyone would suspect—has helped them build an empire. With a new show and a book about to launch, the Tripps are on the verge of superstardom. There’s only one problem: America’s favorite couple can’t stand each other.

James McCann, MIT graduate and engineering genius, was originally hired as a structural engineer, but the job isn’t all he thought it’d be. The last straw? Both he and Carey must go on book tour with the Tripps and keep the wheels from falling off the proverbial bus.

Unfortunately, neither of them is in any position to quit. Carey needs health insurance, and James has been promised the role of a lifetime if he can just keep the couple on track for a few more weeks. While road-tripping with the Tripps up the West Coast, Carey and James vow to work together to keep their bosses’ secrets hidden, and their own jobs secure. But if they stop playing along—and start playing for keeps—they may have the chance to build something beautiful together…