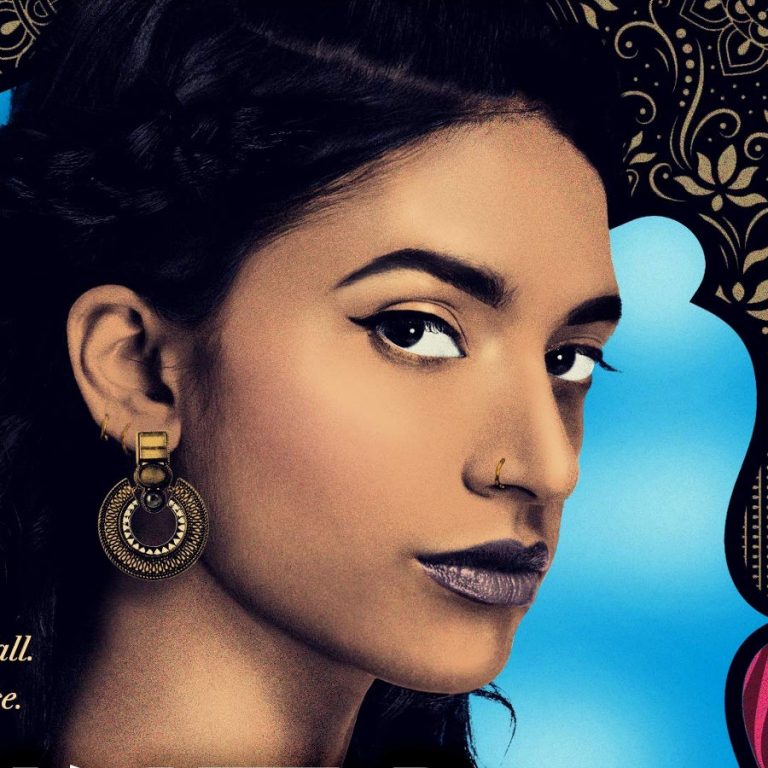 Author Tanaz Bhathena delves into fantasy in her upcoming new book series, HUNTED BY THE SKY, and you can read an excerpt from it!

We never tire of fantasy, especially when it comes with characters of color! And thus, we have a new fantasy series by Tanaz Bhathena that gives us just that.

Check out the overview of Hunted by the Sky:

Gul has spent her life running. She has a star-shaped birthmark on her arm, and in the kingdom of Ambar, girls with such birthmarks have been disappearing for years. Gul’s mark is what caused her parents’ murder at the hand of King Lohar’s ruthless soldiers and forced her into hiding to protect her own life. So when a group of rebel women called the Sisters of the Golden Lotus rescue her, take her in, and train her in warrior magic, Gul wants only one thing: revenge.

Cavas lives in the tenements, and he’s just about ready to sign his life over to the king’s army. His father is terminally ill, and Cavas will do anything to save him. But sparks fly when he meets a mysterious girl–Gul–in the capital’s bazaar, and as the chemistry between them undeniably grows, he becomes entangled in a mission of vengeance–and discovers a magic he never expected to find.

Dangerous circumstances have brought Gul and Cavas together at the king’s domain in Ambar Fort . . . a world with secrets deadlier than their own. Exploring identity, class struggles, and high-stakes romance, Hunted by the Sky is a gripping adventure set in a world inspired by medieval India.

Now, we have an excerpt from the book for you to check out and if you like it, you can pre-order through one of the links below it.

Tiles, cool under my feet. Swirls of sangemarmar overhead, interlocking in an archway made of shimmering rose-colored stone and stained glass. If I were another girl, I might be standing there staring at everything in awe. Only I’m not another girl. I’m an impostor inside Rani Mahal, following in the footsteps of a queen who may very well cut short what’s left of my life in this gleaming white courtyard. Balconies border us on all sides. A few women stand there, peering at us, their
whispers like leaves rustling in the silence.

It’s not until we cross the entire length of the yard and enter the building that I begin breathing again. A pair of serving girls dressed in the same outfit I’m wearing, only better fitting, bow for Queen Amba. One dares to glance at me, an eyebrow raised at my sweaty face and dirty clothes.

“Don’t loiter,” Queen Amba says, as if sensing my hesitation. Or maybe she has eyes in the back of her head. Though she says nothing else, I’m sure she hears the whispers that break out behind us. I follow her farther into the palace, down a long passageway lit by fanas after jewel-toned fanas. The air here smells of frankincense and oil, the sort used in temples to light wick-lamps for the gods.

A sharp left and we enter another passage, the sun pouring in from the glass panes overhead. At the end is a door, inlaid with firestones and pearls, and it is flanked by a pair of armed Sky Warriors, both women. My fingers curl inward as I catch a glimpse of their atashbans, sharpened to glistening points.

The door opens to a spacious chamber flooded with natural light. My jootis sink into cloud-soft carpets, patterned with paisley and Ambari wild roses. The design echoes on the walls, paint foiled into shimmering greens and yellows. A gilded chandelier hangs over a seating area corralled with mattresses and long, velvet-covered pillows.

“This is the gold room,” the queen says, and all of a sudden, I find myself under the scrutiny of that yellow gaze. “But you would already know that if you worked for me.”

“I beg your forgiveness, Rani Amba, but I am new here.”

I avoid looking directly into the queen’s eyes and focus somewhere around the region of her chin, where two full moons are tattooed: one blue, one gold. It’s said that only the direct descendants of the moon goddess, Sunheri, are allowed such tattoos—though I’m not certain how these descendants have verified their bloodline and connection to a now nonexistent goddess. The moons are so perfectly etched onto Queen Amba’s skin that to anyone not looking closely, the tattoos simply blend in with the hoop of her nose ring and elaborate choker—firestones and pearls embedded in a lattice of gold. She raises her hands in a pair of resounding claps. Within a space of two breaths, another serving girl appears.

“Are we expecting any new girls?” the queen asks.

The girl shoots me a sideways glance. “Yes, Rani Amba. We were expecting someone new today. To replace Siya.”

“One Siya to replace another. Interesting.” A finger tilts my chin up, forcing me to meet that yellow gaze. “What you did outside with that shield spell? That was clever,” the queen says coolly. “Who taught you?”

Pain, not unlike the slice of a knife, burns across my left side. I bite back a scream. There’s a cruel, knowing look on the queen’s face, even though she touches me with nothing other than a finger.

“With a touch, I can enter the recesses of your wretched mind and penetrate its every curve and bend. With a touch, I can make your eyes water, your eardrums burst, turn your organs into tar. I am going to say this only once: Don’t lie to me.”

You can read more of the excerpt right here, or you can click on any of the links below to pre-order the book.

Hunted by the Sky is set to be released June 23rd, and of course, you can pre-order it on Amazon, Barnes & Noble, and Bookshop.