I Reread KINGDOM OF ASH: Here’s What I Noticed 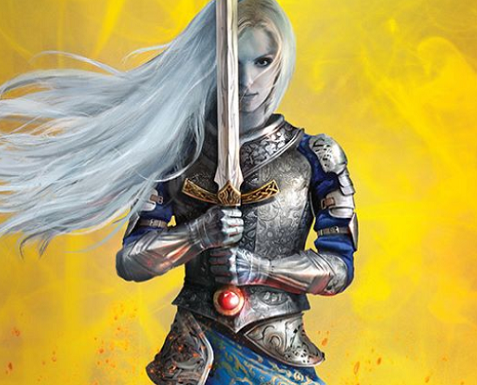 *You can read the rest of the posts in this series here!

Here we are, everyone, finally at the end. Though this reread has been slow, I still can’t believe it’s over. Kingdom of Ash was an absolute joy to read the second time around. It is epic and powerful and heartfelt and meaningful and just lovely all around. If you’re confused as to what I’m talking about, I’m Molly, and in January I embarked on a reread of Sarah J. Maas‘ Throne of Glass series, and I’ve been detailing my findings in a series of posts (linked above).

Kingdom of Ash is where our story ends, but these characters have rich futures ahead of them, you can tell. I am finding it hard to sum up my feelings on this book, though of course that is what I’m here to do. As I rushed through the pages, desperate to continue the story, I also found myself wishing I could slow it down. I would reread my favourite scenes over and over, pouring over word choice and imagining a thousand bright futures for these characters. I would put it down, though, read something else for a day, because I couldn’t face getting closer to the end. But it ended all the same. The pages of my book are crinkled with tears and dusted with laughter. So let’s dive in, shall we?

Note: I’m going to include some rankings and top ten lists and other fun things at the end of this post, so that’s waiting at the bottom!

That being said, it’s important to note, that, at this point, this relationship is not love. For either of them. It is about comfort and connection and caring, but not love. Dorian even says at one point “the woman I love [Sorscha] is dead.” Love, not loved. It is present tense. Whereas our other characters (Aelin and Rowan, Yrene and Chaol, Elide and Lorcan, etc) are falling in love hard and fast, Manon and Dorian aren’t there yet. They make each other happy, and it is strongly hinted at the end of the book that they’ll get together (Yrene’s “you could just get married” is iconic and one of the best lines in this book), but this isn’t true love. It will become a type of love, a strong one, but neither of them are the romantic type. Not anymore. So their relationship, I think, will always be more about caring about each other, about partnership, than intense love. And that is perfectly all right. That is fantastic. As well, both their arcs this book is focused on personal growth, so I do like that their romantic plot-line isn’t overdone or overly emphasized. They have to grow as people outside of the relationship first.

And then Manon walks out to the field, and stays there for hours, kneeling, wishing to everything that her family could come back. Everyone else comes out, laying down flowers, but this is Manon’s moment. She has known loss before, but never to this extent, never when her heart was open, when she could really be hurt. This only shows how far she’s come, how much she cared for them. We’ve been working towards this moment (and because it fulfills the prophecy). And I just hope that she’ll go on to live with love because of them. To honour them. Asterin, Sorrel, Vesta, Faline, Fallon, Edda, Briar, Thea, Kaya, Linnea, Ghislaine, Imogen. Until the Darkness claims us.

This scene, them finally forging and using the Lock, was epic, a saga defining scene. And it is a perfect metaphor that it is happening in Endovier. This is the end of that girl in chains, the making of a Queen. In a place of so much hardship, where she once had no power, she is taking action herself. She is reclaiming the space. She is finally breaking free of her chains (since she was also a slave to the gods this whole time, doing their bidding, lead down this path.) So much goes down here, so let’s go through some of the highlights: 1) The King has no name. This absolutely shook me to my core. 2) Aelin still feels like she has to pay for her selfishness, for the ten years she spent as Celaena. But then she gets the message from her parents, “the debt has been paid enough, Fireheart.” She doesn’t need to feel guilty. She has done more than enough. 3) I almost threw my book across the room when the gods were like “uhh we’re not taking Erawan. What was the point of this then???!!! And when Aelin tried to trade for Elena… girl, Elena is already dead and all your friends are very much alive and counting on you to get rid of Erawan! Why would you even try to make that bargain? 4) “And she was not done yet.” I’ve had this quotation as a note on my laptop since I first read it. She was going to keep going. She was not ready for it to be over. Hell. Yes. 5) The callback to “it is not the end” was beautiful. For both Chaol and Aelin these words have been a guidepost, encouraging them and keeping them looking forward. 6) Rowan put a wyrdmark map in her tattoo… my heart. 7) Feyre and Rhys make an appearance! Cool! 8) “A firebringer no longer. But Aelin all the same.” What a lovely line. Overall, a genius, genius scene.

The only goodbye moment I do need to talk about is our OT3’s goodbye. Rereading these all in succession, I’ve noticed this friendship, how it evolves, how it grounds the story. This trio, this is where it all began. And when they are saying goodbye, they know that something is ending here too. “Thank you for all you’ve done for me,” Aelin says. Because they pulled her out of Endovier, out of the darkness. They gave her purpose, they taught her that she could be more than an assassin again. She taught them that there were more important things than loyalty and that there were things worth fighting for. She pulled them out of the darkness too. They started down this path together, and it feels only right that they finished it together too. Chaol just keeps repeating “we will see each other again” because he can’t bear it either. This finality.

“I love you both, and no matter what may happen, that will never change.” In this moment Aelin is speaking to Dorian and Chaol, her boys, but to us too. To the readers who made this all happen. To say I sobbed would be an understatement.

Now for the fun stuff! *Wipes tears* First, as always, three of my favourite quotations from this book that didn’t make it into the discussion:

I’ve kept it no secret that Crown of Midnight is my favourite TOG book, but here is my ranking of all of them, from favourite to least favourite:

Some controversial choices, I know! but I love them all, really. Let me know what your ranking is in the comments!

These books have some striking covers, so next I decided to rank those as well! (excluding TOD, because its cover is so different).

If you’ve been reading my posts, first thank you, you’re the only person who has been, secondly, you’ve probably noticed that I put a lot of focus on the actual prose. So next let’s count, in no particular order, the top ten quotations of the series! (This is going to be hard, you guys).

Finally, I would just like to say thank you. Thank you to Sarah J. Maas for writing these books, for giving me these characters that have helped me grow, helped me see that girls can save the world, and do it while wearing a dress, that it is okay to fall apart sometimes, that love has no boundaries. Thank you for making me believe that I can do this too. That I can write something that will matter to people. I am forever grateful.

And thank you, if you’ve been reading these posts. I might just be yelling into the void of the internet, but it’s nice to think that someone is out there listening.

Now, is it too soon to read them again?