Illustrator Turns GAME OF THRONES Into an Anime 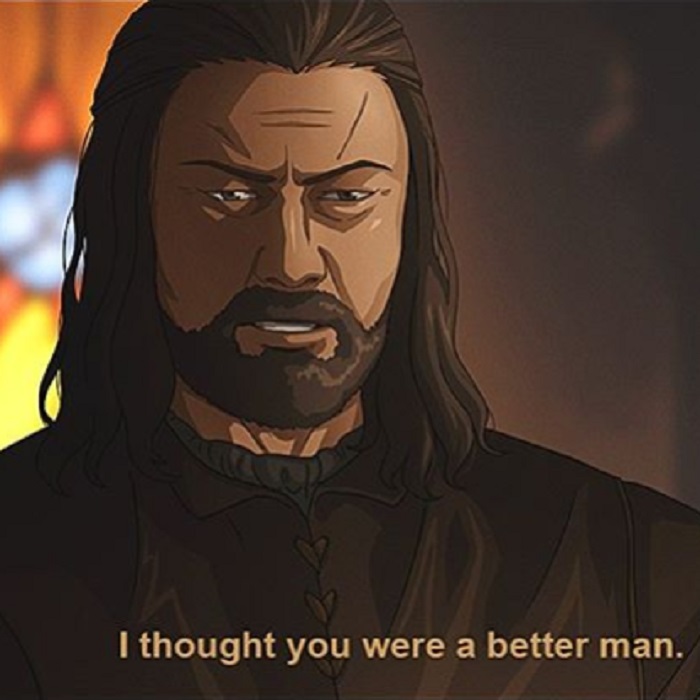 Though the show may be over, it doesn’t mean the fandom is dead. Fans are still creating Game of Thrones inspired work be that through fanfiction or fanart.

One such fan is Carolina Oliveira, an illustrator and concept artist. Taking a different direction in the “what if?” universe, Oliveira has taken specific scenes from the show and reimagined them as if they were part of an anime series.

Posting her work on Instagram, Oliveira hasn’t tried to re-imagine the entire show, nor does she try to re-do any of the huge complex battles or set pieces. Her reworkings focus more on the quiet nuances between characters. For example, Brienne musing out loud about what she’s wanted all her life, or a great line delivered by Olenna Tyrell.

Starting as a labor of love, as most creative projects do, Oliveria’s Instagram shows her professionalism and time dedicated towards this project.