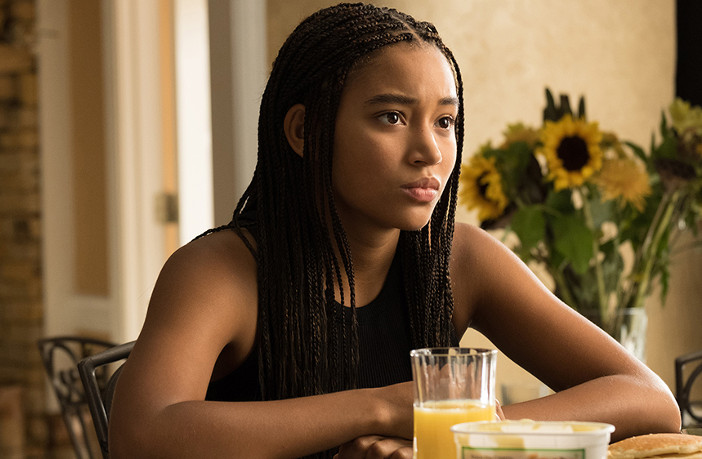 It’s International Women’s Day today and we thought up a list of YA Fictional Females we think are awesome and, basically, are characters we’d love to be, or at least aspire to be like. Now we know there have been plenty of awesome fictional females that have been on lists like these multiple times, like Hermione Granger and Katniss Everdeen and Annabeth Chase, but we wanted to bring a different group of females in because they are just as awesome, so here you go!

In no particular order:

Lyra Belacqua (The Dark Materials series): Despite being so young, she takes her fate into her own hands and isn’t afraid to stand up for herself. She embraces new, unfamiliar beings and place, changing the universe in the process. (Buy The Dark Materials set here.)

Lucy Pevensie (The Chronicles of Narnia): She’s so inquisitive and curious. She has a beautiful heart of gold and isn’t afraid to fight for what she believes in. And she never stops believing and having hope. What’s seems rare in the world, but not in Lucy, is her unfathomable willingness to help others and her unfailing kindness, which is why she was given the healing potion. That’s someone special, and someone I’d want to be.  (Buy The Chronicles of Narnia here.)

Six (The Lorien Legacies): She started off knowing exactly who she was and was confident in herself, always. Of course she wasn’t invulnerable, but she was the type to never let anyone keep her down, and that’s what I liked about her. Her strength in spirit. (Buy I Am Number Four.)

Inej Ghafa (Six of Crows Duology): No doubt, her physicality and her ability to move without making a sound is something that just seems like such an awesome talent, even when not using it for bad deeds. She’s tough, she’s smart, and she’s beautiful. Also, Inej has an amazing spirit and sense of self, plus she’s not one to change her standards for even the man she loves, and that’s admirable. (Buy the Six of Crows duology set.)

Isabelle Lightwood (The Shadowhunter Chronicles): Clary, Tessa, and Emma get all the credit, but there’s no one quite like Izzy– She’s unrepentantly herself. She dresses how she wants to, dates who she wants to, and kicks demon ass on a regular basis. She’s also an amazing sister and friend who always has everyone’s back. (Buy The Mortal Instruments box set.)

Starr Carter (The Hate U Give): Nobody wants to be in a situation where people think you are beneath them, and no one wants to be the one to lose a friend the way that Starr did. However, Starr was able to rise above it all, above the cruelty of so-called protectors, above the ignorance of friends, and above the circumstance of her situation. That’s why she’s someone I’d want to be. (Buy The Hate U Give.)

Celaena Sardothien (Throne of Glass series): For those of us who read the books, we know there’s more to Celaena than just being trained as an assassin, including her name. But since book one, this girl was impressive. Not only could she kill, and kill quite easily and as savagely as any other assassin, her emotions run deep and she is very passionate about what she cares about, including the ones she loves. Her strength, both physically and emotionally, are what make her someone I’d want to be. (Buy the Throne of Glass box set.)F

Emika Chen (Warcross duology): Despite her unfortunate upbringing, this girl has so much of what I’d like to be as well. First off, the hair! I don’t know how many of you would want so much color, but I would love it, even if was for just a few days. It would likely bring out a whole different side in us if we all tried it. Second, she’s super smart, and streetwise smart, too. She not only knows how to keep herself safe, but her hacker skills are fire! Plus, she’s a gamer. I’m mediocre at best, and to be able to play like Emika would…well, I probably would take advantage of that in more ways than one! All in good ways, though. Yeah, I’d definitely want to be like Emika. (Buy Warcross.)

Harper Lacy (A Curse So Dark and Lonely): Brigid Kemmerer’s latest heroine just hit shelves, and her life is not an easy one by any means. We wouldn’t necessarily want all her hardships, but we absolutely want her attitude. When Harper finds herself in another universe, she not only adapts to survive, she wrangles herself a position of power and influence through her own cleverness and kindness. Though she has cerebral palsy and differing abilities, she isn’t afraid to learn new skills and become a fierce warrior in her own right, as well. (Buy A Curse So Dark and Lonely.)