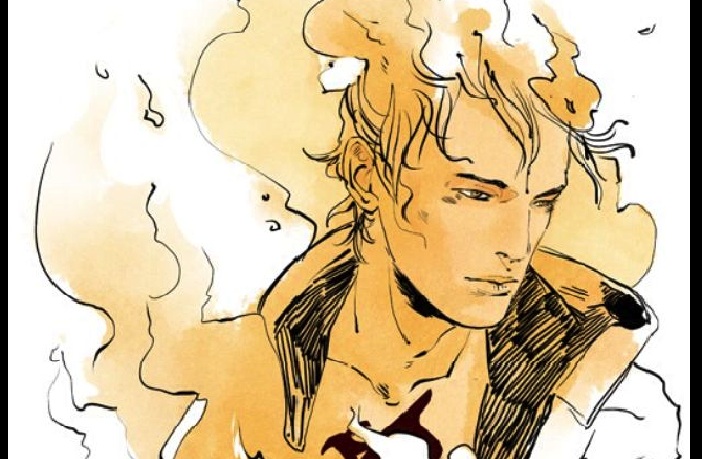 Warning: Spoilers for The Dark Artifices series below!

Most of Cassandra Clare‘s short stories featured in Ghosts of the Shadow Market were released as individual ebooks, but there’s one novella that’s exclusive to the full book release: “Forever Fallen”, the only story to take place after the conclusion of The Dark Artifices series.

In her latest newsletter (via our friends at TMI Source,) Clare shared a haunting look at the dark path one version of Jace takes in “Forever Fallen”.

“Actually,” said Jace, “I’d appreciate it if you didn’t tell anybody. You two are about the same age my friends and I were when we saved the world. I think I can trust you two. I think you could do great things. I’d love your help.”

They looked at each other with awkward, surprised enthusiasm. “Help with what?” said the werewolf.

Jace told them. It seemed to go well at first. Their eyes were shining. They wanted so badly to be heroes. He’d wanted to be one himself, once.
The werewolf girl, who seemed to know about Alec and the Jace in this world, was nodding eagerly. The faerie boy nodded less and said very little. Jace wasn’t certain of him. After he was done talking and pretended to leave, Jace swung around and quietly followed them. He could feel his Soundless rune sparking against his skin: a novel sensation after so long.

Well, win some, lose some. The important thing was knowing when to cut your losses.

Jace cut their throats and buried the two young lovers side by side under the green leaves of the springtime trees. He made sure to close their eyes and clasp the girl’s hand safe in the boy’s before he smoothed the soil over them, so they were sleeping peacefully together. He gave them the death he would have wanted for himself.

This, of course, isn’t the Jace Herondale we know and love. Instead, it’s the Jace from Thule– another dimension in which Sebastian won The Dark War, introduced in Queen of Air and Darkness. The end of that novel saw this Jace making his way into the the current timeline in search of one thing: Clary Fray, who died in Thule. It seems he’s still on the hunt!

Ghosts of the Shadow Market hits bookshelves on June 4, 2019. You can preorder it now via Amazon or support your local independent bookstore via Indiebound!

Cover Reveal: THE LOST BOOK OF THE WHITE by Cassandra Clare