Everything about BATMAN V SUPERMAN: DAWN OF JUSTICE seems to be pointing toward the film following the story told in Frank Miller’s THE DARK KNIGHT RETURNS comics and today we received even more confirmation!

Jena Malone has been confirmed for a “mystery role” in the film. While the studio won’t give anything away, many believe she’ll be playing Carrie Kelly, also known as the female Robin from THE DARK KNIGHT RETURNS. 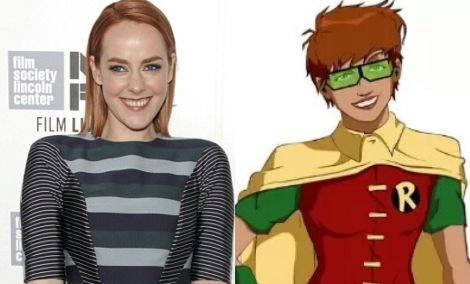 Though Kelly is much younger in the comics, we don’t see the films realistically introducing a 13-year-old crime fighter in Gotham. Also, it certainly accounts for Malone’s recent orangey red hair dye job, which is a signature of Kelly’s look.