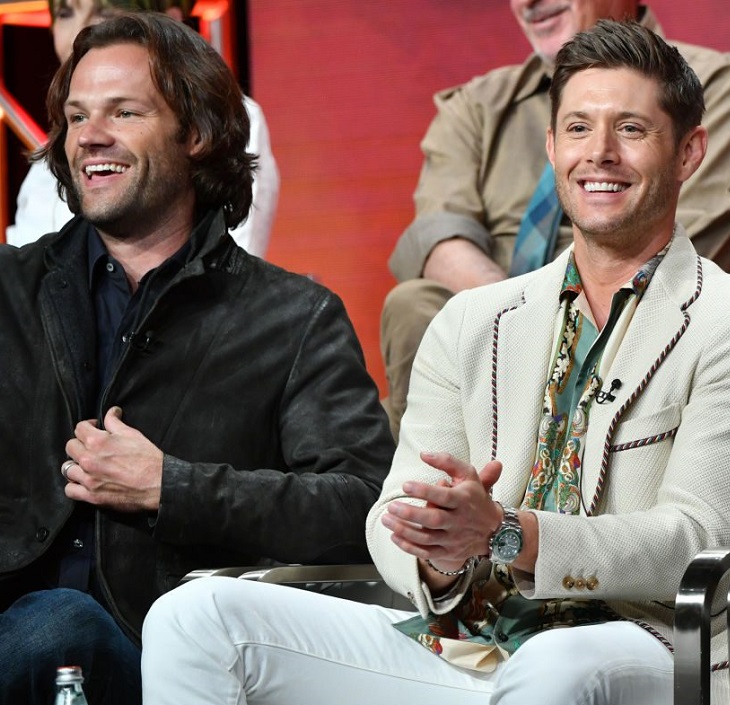 The 15th and final season of Supernatural is currently filming in Vancouver and won’t start airing until the fall, but the stars of the show are already talking about the inevitable ending… and the possibility of a return!

Jensen Ackles and Jared Padalecki took the stage at the 2019 Television Critics Association press tour on Sunday, where they told members of the press including Entertainment Weekly that they believe fans will be satisfied with the series finale.

Ackles knows that not everyone is going to love the ending, but he thinks a lot of fans will.

“This is certainly going to feel right and it’s going to feel good. It should put a lot of people in a position to feel great about the journey they took with the Winchester brothers.”

While Padalecki said ending the show at Season 15 makes sense (“You don’t want to be the last person at the party, even if it’s the best party on the planet,”) it looks like the actors behind Sam and Dean Winchester aren’t promising to permanently say goodbye to their characters.

“It’s a long journey that I don’t think is ever going to be over. I think we’re just going to go away for a while. How long? I don’t know. I’m not ever going to close doors or burn bridges; I think that’s foolish. Am I saying that there’s something in the works? No. Am I saying I’d be open to having a conversation about this in the future? What’s the harm in that?”

If that doesn’t spark hope in the hearts of Supernatural lovers, we don’t know what will! We can definitely see the network and the audiences alike being interested in checking in with the characters years down the line and hey, it looks like the actors are on board!