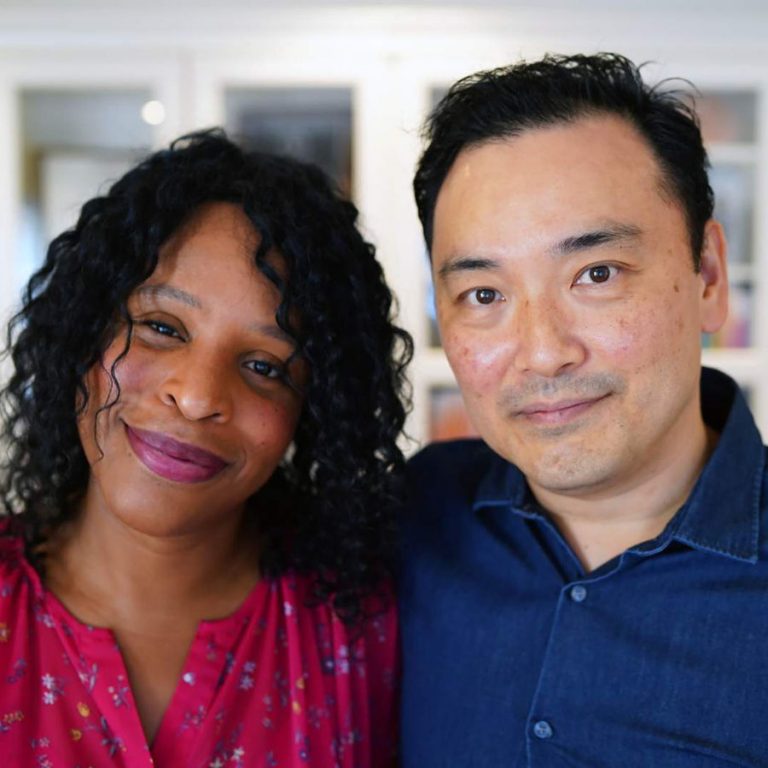 Authors and married couple Nicola Yoon and David Yoon will be heading the Joy Revolution, an imprint under the Random House Children’s Books publication that will feature YA romance novels with major characters of color written by authors of color.

Featured in Publisher’s Weekly, Nicola talked about her love of romance stories through film and books, and had this to say:

“I loved romantic comedies and romance novels when I was younger. Loved the meet-cutes, the breakups, the make-ups, and the final chase scene followed by the big speech declaring one person’s love for the other. I had so many favorites: When Harry Met Sally, The Princess Bride, Before Sunrise, Say Anything, Moonstruck, not to mention an unreasonable number of Harlequin romance books. But as much as I loved those titles, they always left me with nagging questions: Where were the girls who looked like me? Didn’t Black girls ever fall in love? Joy Revolution is not focused on stories of Black pain or immigrant struggle. Our books won’t be issue-oriented or polemical. The Joy Revolution imprint is all about telling stories of big love. The characters in them have big ideas about the world and their place in it. I believe love stories are truly revolutionary. Because love has the power to unmake and remake the world.”

David also talked about the imprint, and how being a part of it gives people of color characters, or even heroes in this case, that they can relate to even more due to their diversity:

“Joy Revolution is a safe haven for readers like me and Nicki to see themselves as the romantic hero, free to pursue their bliss however they want, unrestrained and unencumbered. After a literal lifetime of waiting for more romantic literary heroes who look like us—largely to no avail—we’re thrilled to help take the lead in making sure those heroes’ stories are told to a wide and beautifully diverse audience.”

As a person of color myself, this is exciting to see, as we can rely on the imprint to continually give us characters of color and diversity, written by authors who understand what it means to have their culture and race represented in books, especially romance books, a genre in which the high majority of main characters are Caucasian. Granted, there are many great romance stories out there with just such characters, and I’ve thoroughly enjoyed, but that doesn’t make the need for the imprint any less dire.

The first books under the Joy Revolution imprint will debut in 2022. In the meantime, you can pre-order David Yoon’s upcoming book (link below), Super Fake Love Song, which will be published November 17th.

From the bestselling author of Frankly in Love comes a contemporary YA rom-com where a case of mistaken identity kicks off a string of (fake) events that just may lead to (real) love.

When Sunny Dae—self-proclaimed total nerd—meets Cirrus Soh, he can’t believe how cool and confident she is. So when Cirrus mistakes Sunny’s older brother Gray’s bedroom—with its electric guitars and rock posters—for Sunny’s own, he sort of, kind of, accidentally winds up telling her he’s the front man of a rock band.

Before he knows it, Sunny is knee-deep in the lie: He ropes his best friends into his scheme, begging them to form a fake band with him, and starts wearing Gray’s rock-and-roll castoffs. But no way can he trick this amazing girl into thinking he’s cool, right? Just when Sunny is about to come clean, Cirrus asks to see them play sometime. Gulp.

Now there’s only one thing to do: Fake it till you make it.

Sunny goes all in on the lie, and pretty soon, the strangest things start happening. People are noticing him in the hallways, and he’s going to football games and parties for the first time. He’s feeling more confident in every aspect of his life, and especially with Cirrus, who’s started to become not just his dream girl but also the real deal. Sunny is falling in love. He’s having fun. He’s even becoming a rocker, for real.

But it’s only a matter of time before Sunny’s house of cards starts tumbling down. As his lies begin to catch up with him, Sunny Dae is forced to wonder whether it was all worth it—and if it’s possible to ever truly change.

From New York Times bestselling author David Yoon comes an inventive new romantic comedy about identity, perception, and how hard it can feel sometimes to simply be yourself.

THE SUN IS ALSO A STAR: “Time” TV Spot and “Fate” Featurette

THE SUN IS ALSO A STAR On The Cover of Cosmo

Watch The First THE SUN IS ALSO A STAR Trailer