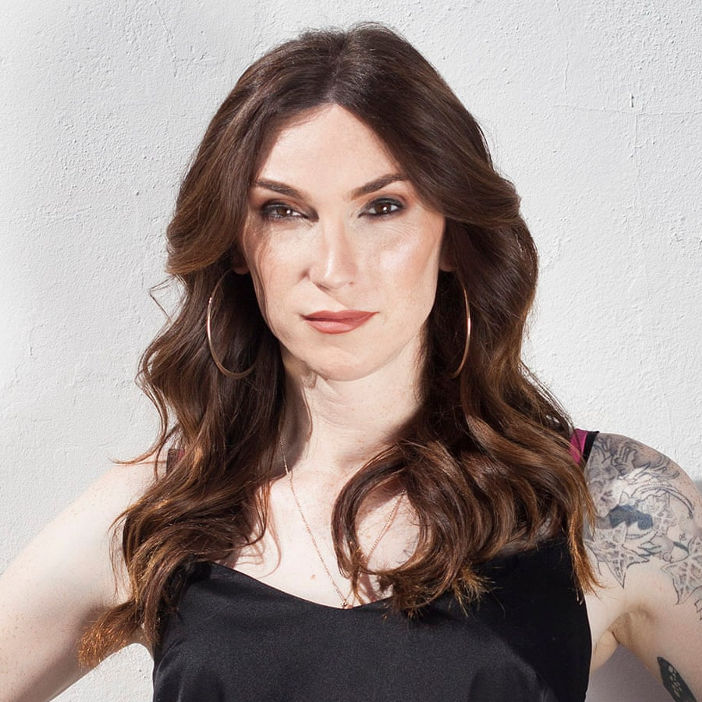 The London Trilogy consists of Clean, Meat Market, and Wonderland, which was released this past May. Dawson had this to say about The Lighthouse: “I was incredibly impressed by The Lighthouse’s ambitious vision for the world that my young heroines occupy. It’s an epic, opulent version of London ruled by socialites and social climbers on a scale that few young adult shows have attempted before.”

And it seems that The Lighthouse is very enamored with the author and her writing style as well: “Juno’s voice is intimate, provocative and insightful whilst dealing with difficult subjects such as addiction and identity. Her novels articulate the complexity of growing up in these peculiar and exciting times and are bursting with unforgettable characters and pin-sharp dialogue.”

This is just in the early stages, so no announcement for casting has been made known at this time.

Here’s the official synopses for each of the books, which have different real-world topics:

I can feel it swimming through my veins like glitter … it’s liquid gold.

She’s wrong. Rock bottom is when she’s forced into an exclusive rehab facility.

From there, the only way is up for Lexi and her fellow inmates, including the mysterious Brady.

As she faces her demons, Lexi realises love is the most powerful drug of all …

It’s a dirty business getting clean …

Jana Novak’s history sounds like a classic model cliché: tall and gangly, she’s uncomfortable with her androgynous looks until she’s unexpectedly scouted and catapulted to superstardom.

But the fashion industry is as grimy as it is glamorous. And there are unexpected predators at every turn.

Jana is an ordinary girl from a south London estate, lifted to unimaginable heights. But the further you rise, the more devastating your fall …

Honest and raw, this is a timely exposé of the dark underbelly of the fashion industry in an era of #TimesUp and #MeToo. It might just be Juno Dawson’s most important book yet.

What happens when you fall down the rabbit hole? The compulsive must-have follow-up to CLEAN and MEAT MARKET from bestselling author Juno Dawson

Alice lives in a world of stifling privilege and luxury – but none of it means anything when your own head plays tricks on your reality. When her troubled friend Bunny goes missing, Alice becomes obsessed with finding her. On the trail of her last movements, Alice discovers a mysterious invitation to ‘Wonderland’: the party to end all parties – three days of hedonistic excess to which only the elite are welcome.

Will she find Bunny there? Or is this really a case of finding herself? Because Alice has secrets of her own, and ruthless socialite queen Paisley Hart is determined to uncover them, whatever it takes.

Alice is all alone, miles from home and without her essential medication. She can trust no-one, least of all herself, and now she has a new enemy who wants her head…

A searing exploration of mental health, gender and privilege, from the most addictive YA novelist in the UK today.