See Katherine Langford in her newest role in Netflix’s CURSED 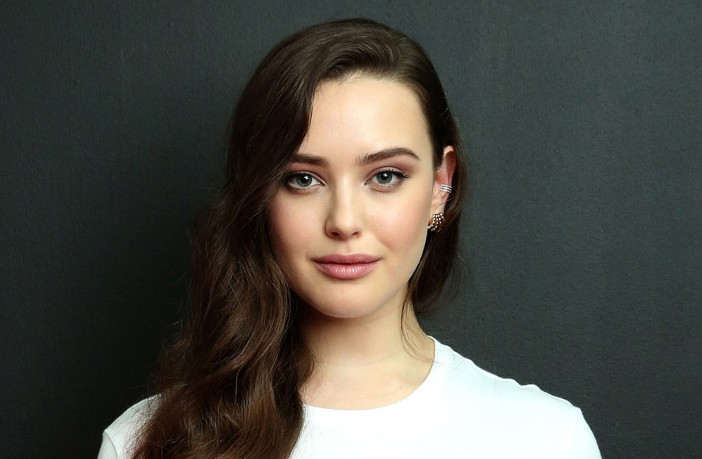 A photo of Katherine Langford (13 Reasons Why, Love, Simon) was recently released from Netflix’s upcoming 10-episode series, Cursed, which is based off Tom Wheeler’s YA illustrated book of the same name.

Cursed is a retelling of the King Arthur tale, but this time through the point of view of 16-year-old Nimue, the future Lady of the Lake, and the first wielder of the sword Excalibur. Being that she’s the main protagonist in this retelling, there’s definitely more to Nimue than just holding the sword up for Arthur to wield himself. 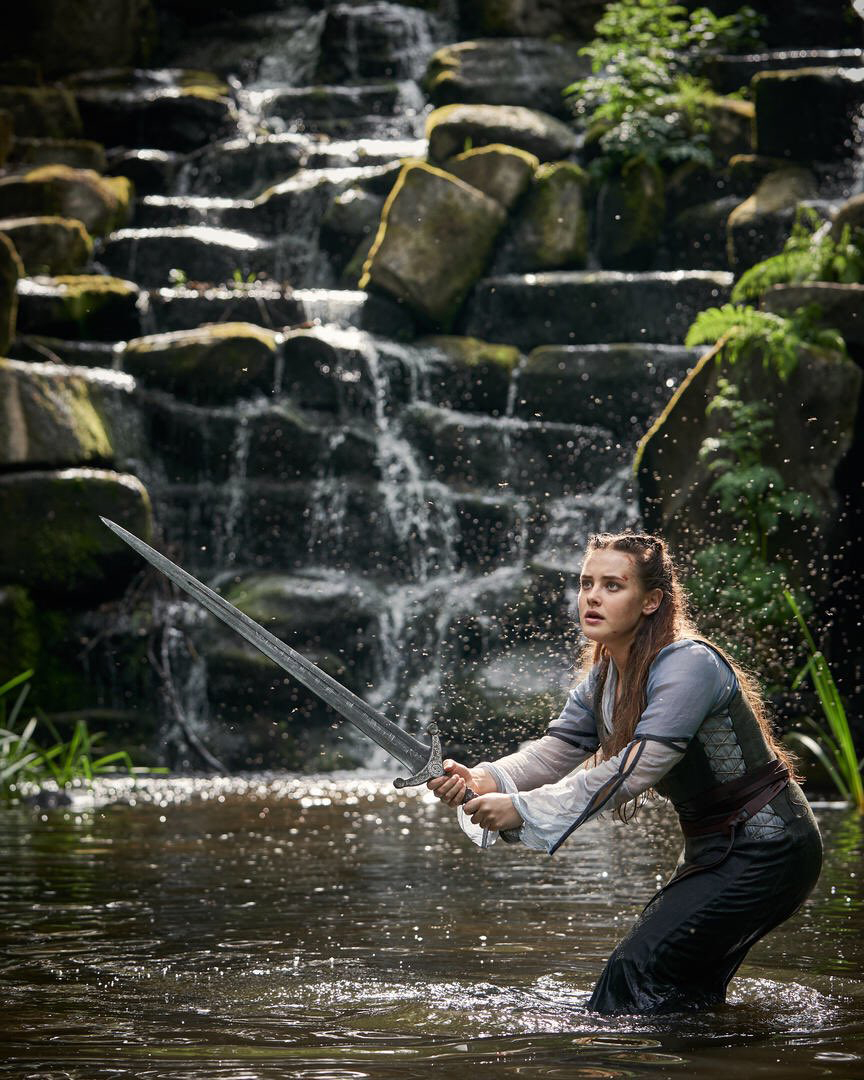 I imagine that taking on a role in that fantasy legendary time period is more fun and exciting than walking through the halls of a high school. After all, it’s not often you get to wield a sword in our modern times.

Cursed is set to premiere on Netflix in 2020, however, the book, which will be illustrated by comics and graphic novel icon Frank Miller, will be published in October of this year.

Here’s the overview for the novel:

The Lady of the Lake is the true hero in this cinematic twist on the tale of King Arthur created by Thomas Wheeler and legendary artist, producer, and director Frank Miller (300, Batman: The Dark Night Returns, Sin City). Featuring 8 full color and 30 black-and-white pieces of original artwork by Frank Miller.

Whosoever wields the Sword of Power shall be the one true King.

But what if the Sword has chosen a Queen?

Nimue grew up an outcast. Her connection to dark magic made her something to be feared in her Druid village, and that made her desperate to leave…

That is, until her entire village is slaughtered by Red Paladins, and Nimue’s fate is forever altered. Charged by her dying mother to reunite an ancient sword with a legendary sorcerer, Nimue is now her people’s only hope. Her mission leaves little room for revenge, but the growing power within her can think of little else.

Nimue teams up with a charming mercenary named Arthur and refugee Fey Folk from across England. She wields a sword meant for the one true king, battling paladins and the armies of a corrupt king. She struggles to unite her people, avenge her family, and discover the truth about her destiny.

But perhaps the one thing that can change Destiny itself is found at the edge of a blade. 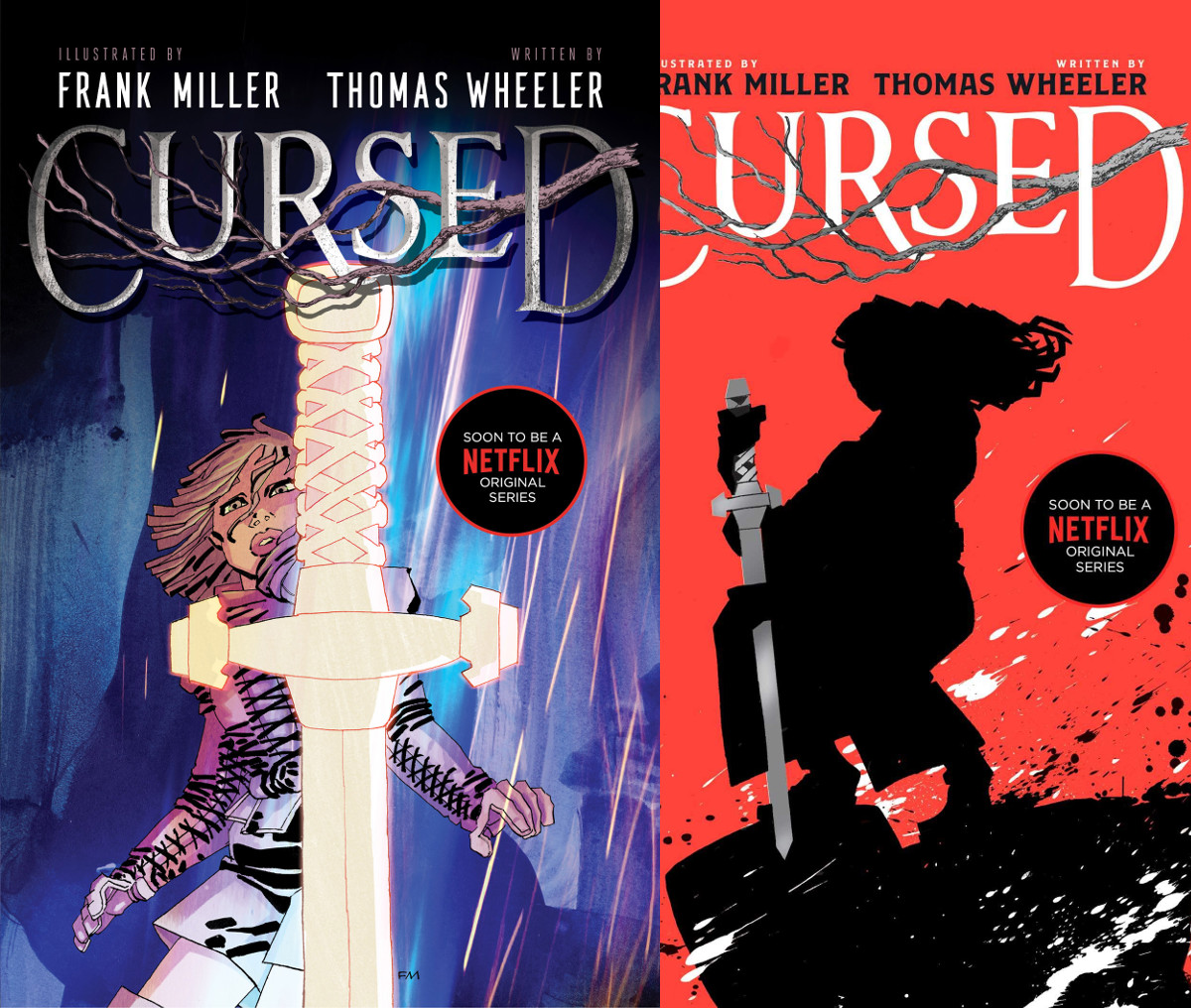 You can pre-order a copy of Cursed on Amazon or Indiebound.

Watch the Official Teaser for CURSED