We’re doing a KEEPER OF THE LOST CITIES Giveaway 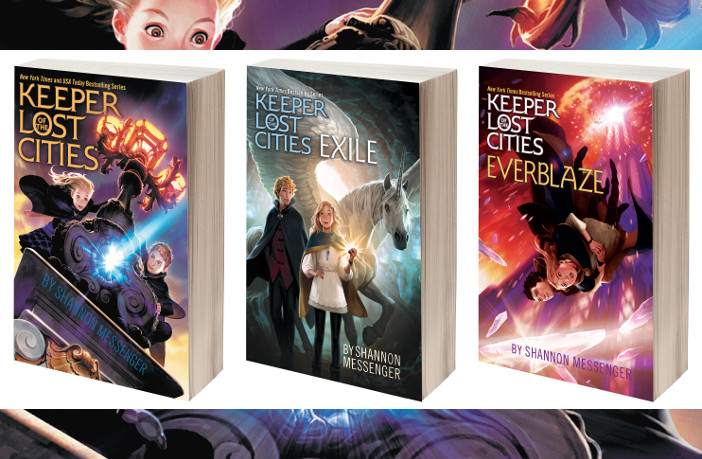 Simon & Schuster has partnered with us for this special giveaway to kick-start your summer reading with the Keeper of the Lost Cities books by Shannon Messenger!

We’re doing a giveaway for the first three books of Shannon Messenger‘s Keeper of the Lost Cities middle-grade books, because they’re awesome and they’re great reading for your summer.

Get hooked on the New York Times-bestselling series that’s taking the world by storm!

When Sophie Foster discovers she’s an elf from the Lost Cities, she embarks on an incredible adventure, discovering new abilities, and making new friends. But the secrets of Sophie’s past were buried for a reason and the truth she uncovers could put all of the worlds in danger.

This bestselling series has already sold over 1 million books in print internationally, which proves how good the books are, especially because it has so many aspects that appeal to readers, including having a brave and complex female protagonist, a variety of friends that appeal to both boys and girls, and for those romantics, a little bit of that, too, with two vying for Sophie’s attention. Or even if you’re not that into the romance, there’s still the fantasy adventure aspect, which is comparable to books like The Land of Stories or The School of Good and Evil.

On that note, we have more reasons why you should enter the giveaway, which are you’ll not only be getting the first 3 books of the series (Keeper of the Lost Cities, Exile, and Everblaze), but also Keeper of the Lost Cities art prints (think character cards) and a pin, AND a $50 Visa gift card which you can use for just about anything, including purchasing books 4 through 7. 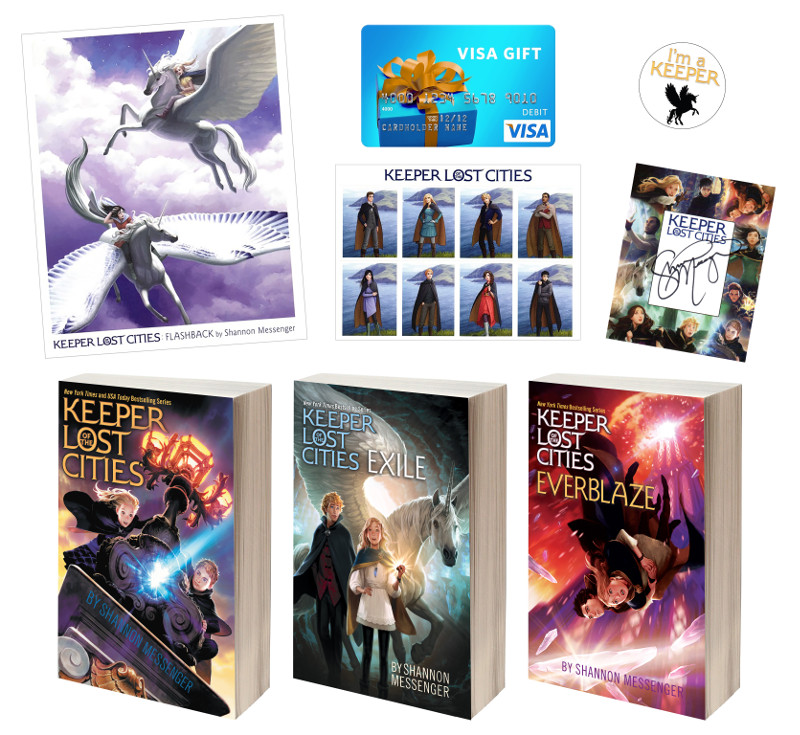 If you’re interested in read-alongs (or re-read-alongs if you’ve already read the books,) Shannon will be hosting a summer read-along for this series from June 10th to July 29th. Going in series order, each of the seven weeks will be dedicated to a book, and Shannon will be doing a kickoff each Monday as well as a post answering a fan’s question the following Sunday. Follow along by using the hashtag #KeeperReadAlong.

Shannon Messenger graduated from the USC School of Cinematic Arts, where she learned—among other things—that she liked watching movies much better than making them. She’s studied art, screenwriting, and film production, but she realized her real passion was writing stories for children. She’s the New York Times and USA Today-bestselling author of the award-winning middle grade series, Keeper of the Lost Cities, as well as the Sky Fall series for young adults. Her books have been featured on multiple state reading lists, published in numerous countries, and translated into many different languages. She lives in Southern California with an embarrassing number of cats. Find her online at ShannonMessenger.com.

The 8th book in the series, Legacy, comes out November 5th and you can pre-order it on Amazon or Indiebound. 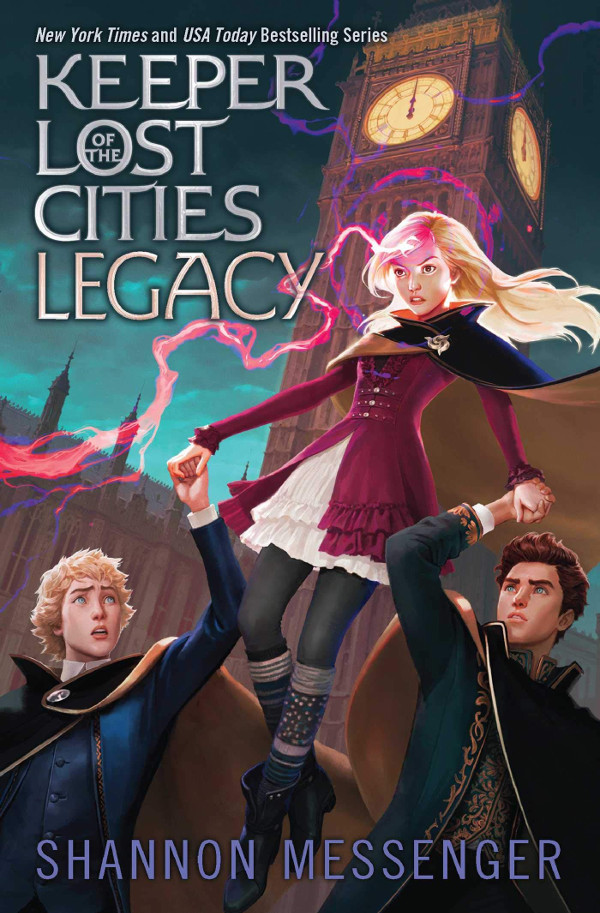