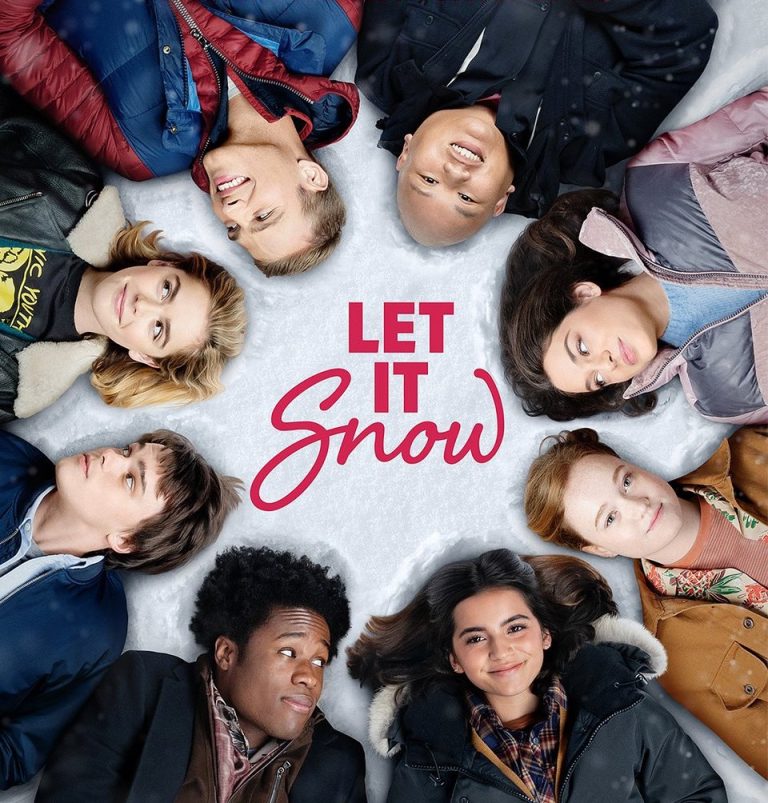 There are roughly one million holiday movies coming this winter, but there’s one that’s sticking out above the rest, thanks to the book from which it’s adapted, of course!

Based on the novel of the same name by John Green, Maureen Johnson, and Lauren Myracle, Let It Snow follows three unexpected adventures and teen romances in the same small town as its rocked by a once-in-a-lifetime Christmas Eve blizzard. The stories are just the right amount of adorable without going into the land of total over-exaggeration, and with actors like Kieran Shipka, Shameik Moore, Jacob Batalon, and Joan Cusack involved, we’re absolutely ready to cozy up with a blanket and some hot cocoa for this!

Netflix recently shared the poster for the movie, which also revealed its release date: November 8, 2019.

Shortly thereafter, Penguin took over the spotlight with the movie tie-in book cover featuring the stars. If you know the stories, this cover makes it pretty clear who is playing whom in this ensemble.

As the new designs came to light, Maureen Johnson shared a photo of herself and co-authors John Green and Lauren Myracle at Netflix headquarters, where they were treated to a screening of the film.

And the verdict is…

Be sure to check out Let It Snow on Netflix on November 8th!

8 YA Holiday Reads To Keep Your Winter Cozy