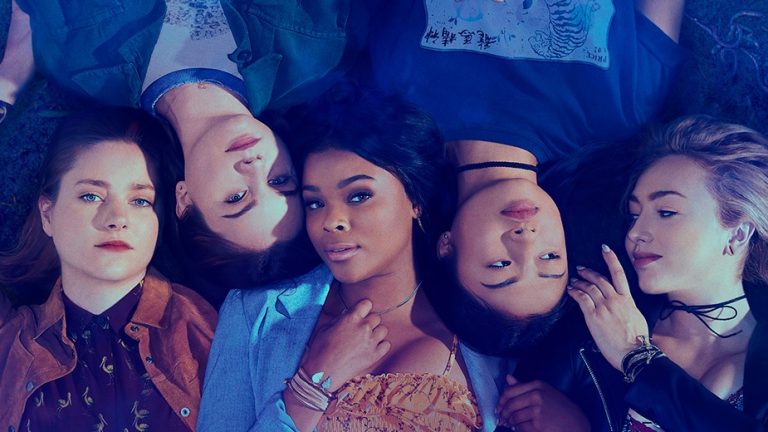 With a horror theme and a high body count, Hulu’s LIGHT AS A FEATHER definitely needs some new blood for Season 2!

Based on Zoe Aarsen’s horror novel of the same name, Light As A Feather follows a group of teens who play the popular game at a sleepover, then begin to die in the same ways predicted during the game. The new season will bring in at least nine actors for its next season, some of which are definitely familiar faces!

Katelyn Nacon joins the cast as Sammi after just ending her tenure on The Walking Dead. Meanwhile, the show also welcomed Froy Gutierrez (Teen Wolf) as Ridge, Adrian Rae (Atlanta) as Peri, Alisa Allapach (The 15:17 To Paris) as Amanda, Kira Kosarin (The Thundermans) as Nadia, Alex Wassabi (Escape The Night) as Luke, Robyn Lively (Ouija) as Deb. YouTubers Alan & Alex Stokes have also been cast, but their character details have not been released (so maybe they’re playing themselves?)

Meanwhile, Hulu shared a fairly vague description of the second season with The Wrap:

Having inherited the curse brought on by the lethal game of Light as a Feather, McKenna (Liberato) finds herself fighting against a ticking clock compelling her to play along.

Light As A Feather season 2 is set to be 16 episodes long. Hulu has not announced when it will be released quite yet.