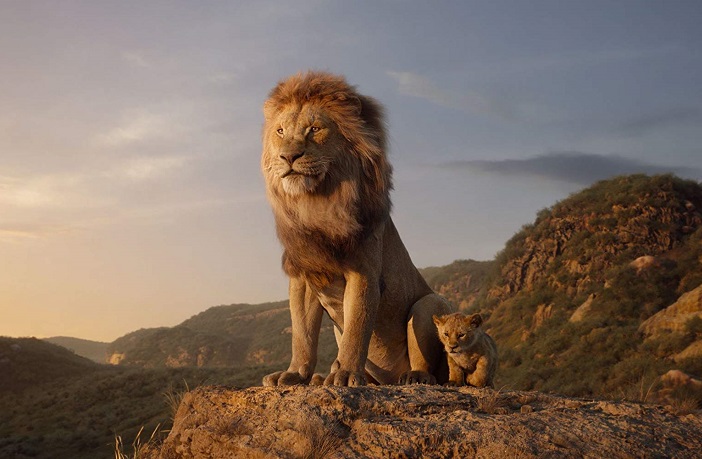 In July 2019, Disney will be releasing a super-realistic remake of its classic animation The Lion King. Directed by Jon Favreau, this new version of the Disney favourite has been created using highly sophisticated visual effects, so many that early reports have described the movie as being ‘live action’. Favreau has since dispelled this suggestion in an interview with Entertainment Weekly, but for many fans, the issue lies not with the visual effects of this picture, rather with Disney remaking a movie that the vast majority of us already know and love. The chances are that they won’t be able to make it any better.

Disney argue that they have remade the movie for a different generation of fans to enjoy, but is this the case? Or would Disney’s younger audience prefer to see original characters crafted especially for them that reflect these times?

Featuring an updated cast that includes Donald Glover and Beyonce as Simba and Nala, this movie is predicted to be an otherwise exact shot-for-shot remake of the original. This begs the question: is it worth remaking a movie without changing any of the screenplay, script, characters or subject matter? New voice actors can only do so much with the same material for an animated feature, and those of us relishing the nostalgia may be put off by already knowing how the story starts, where it goes in the middle and how it ends.

The palpable difference is the CGI, which does look impressive. Favreau explained to Entertainment Weekly that they actually made a ‘multiplayer VR filmmaking game’ to shoot the picture in. With no human characters, like the ill-fated remake of The Jungle Book, the filmmakers were able to create a virtual landscape with consistent-looking characters and scenery to set their Lion King.

Those who grew up in the early nineties cherished the original movie for its strong story, amusing secondary characters, great music and powerful voices. We can assume all of these will remain, with the news that James Earl Jones will reprise his role as Mufasa and Seth Rogen taking on the lovable warthog Pumba. Parents will not complain about taking their children to see this remake if it is the same as the original, which they will already know to be a masterpiece, and this is perhaps the main target audience.

So while remaking this classic shows a lack of creativity and ingenuity in the production, huge faith in the excellent original material should at least ensure that The Lion King enraptures a new generation of Disney-lovers.

Is this essential viewing?

Many will argue, perhaps rightly, that this is a money-spinning exercise by Disney, nothing more and nothing less. While this may be true, the original film had plenty of charm and wisdom that will likely resonate with the young of today. Plus, the advances in this ‘hybrid’ form of filmmaking make it a fascinating technical exercise that will be watched with some interest by other film producers.

Lions are such powerful symbols to us, representing bravery, family, regality and the savageness of nature. They figure as motifs in heraldry and national flags, as imposing statues and monuments and even as a star-sign. They are logos for everyone from MGM to online casino LeoVegas, a place to back your favourite sportsmen to fight ‘like lions,’ whether you follow former NHL captain Mats Sundin or Millwall Football Club at The Lions’ Den. We aspire so often to be like them.

It does no harm to remind people of the importance of the circle of life. How many people became conservationists or worked with animals after seeing the original Lion King? And how many young people will be interested now, given the success of David Attenborough’s latest nature documentaries and talks on climate change? The African lions represented in The Lion King are critically endangered and need all the strong publicity they can get to inspire us to do more to help them.

The remake of the nineties Disney classic is bound to elicit some negative feedback from those who have grown weary of the rehashing of old movies that should never be tampered with. However, Disney are not removing the original, animated film, simply producing a newer version with better graphics. Something – it’s worth remembering – that video game developers do every year.