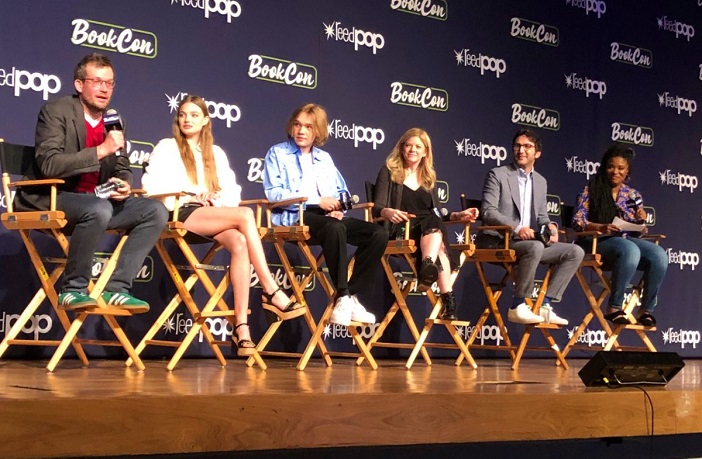 This past weekend at BookCon, Hulu teased an upcoming release that fans have been waiting on for years: The adaptation of John Green‘s debut novel Looking For Alaska.

The panel featured John Green, producers Stephanie Savage and Josh Schwartz, as well as stars Charlie Plummer and Kristine Froseth. The series trailer didn’t debut as part of the action, but two clips from the show were shown– one focused on Miles and Alaska, another that showed off the cast’s group dynamic.

The panel isn’t online quite yet, but Hulu was kind enough to announce the show’s release date at the event: October 18, 2019.

Get your tissues ready because we’re all officially going to be a MESS this fall!