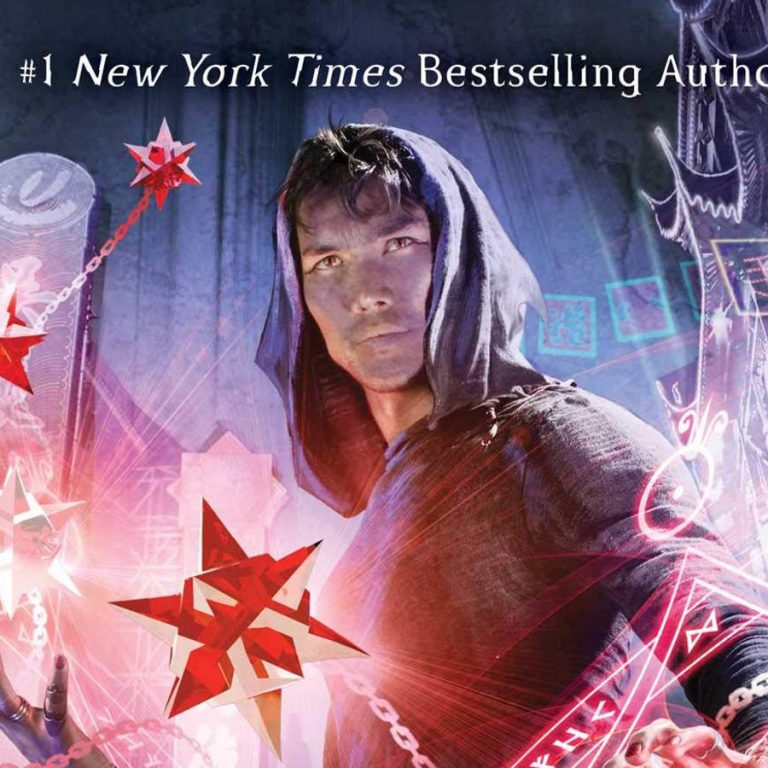 Cassandra Clare and Wesley Chu continue the adventures of Alec and Magnus with book two of The Eldest Curses Trilogy, The Lost Book of the White.

This time around, Alec and Magnus are fully established in their relationship with each other, along with an adopted toddler son by the name of Max Lightwood-Bane, something that was realized in a previous book series of Clare’s The Shadowhunter Chronicles.

Unlike the first book of the series, Alec and Magnus have become fully committed to each other, their love unwavering and only growing more even with raising a child. That doesn’t mean their lives are in no less danger, however, and The Lost Book of the White pretty much shows how much that’s true.

The adventure this time brings along some other familiar characters that we’ve all grown to love from Clare’s past books, and they were welcomed with open arms. Seeing Jace, Clarey, Isabelle, and Simon again was something that some might’ve felt was missing from the first book of the series. Although they play more heavily into this book, they do so without overtaking the story from the two main characters, and they don’t need to.

The story switches between Magnus and Alec rather easily and without confusion, as it was told in Clare’s standard third person perspective, and it works well. This gives the readers a chance to understand what Magnus or Alec, and sometimes the other characters, are thinking without giving too much away.

For those that are wondering, yes, there are other familiar characters that make their way into the story, and they also add to the joy of reading this book. One of them is actually a major part of the story, and for some who fell in love with this character from The Bane Chronicles, you’ll definitely fall in love with him all over again. Another character that we are reintroduced to, and who shouldn’t be a surprise for many, is the Chinese-British heartthrob Jem Carstairs. Although we do know a good amount about him from The Infernal Devices Trilogy, Clare reiterates his background story of what happened to him and his parents before he arrived at the London Institute, and how it ties into what Magnus and Alec are dealing with in this story.

As you may know from the overview of the book, Magnus, Alec, and Team Good make their way to Shanghai in search of the Book of the White, and thus we get a chance to glimpse into the goings-on in the Shanghai Institute and the people who run it, including that of Jem’s descendants (one of which apparently has a familiar handsome-ish quality about his features.)

With all that involved in the book, it’s amazing how quick of a read the book is, but that may be because there was just a lot to like about the book. The characters, of course, including the new characters. But those we’ve known for years, it was nice to get to know them more, to see how much they’ve grown since City of Heavenly Fire, book six of The Mortal Instruments. Sure, we’ve seen a little bit of them in other later books as well, but even with the switch of the main POVs, it was such a pleasure seeing the growth development of the big six, something that we don’t often get to see.

With that said, it doesn’t mean the story isn’t filled with surprises or heartbreak. It is a Shadowhunter book after all, and thus has the capability of giving its readers all the feels, in different ways. I thoroughly enjoyed the story, from the little scenes involving a certain toddler warlock, to the big scenes involving lots of ichor and demon-slicing, and all the fun stuff in between.

Book two helps to also show how much more co-authors Cassandra Clare and Wesley Chu were able to work with each other, which seems to have improved since the first book. I very much appreciated Chu’s involvement in bringing this story to life, especially his insight with all the Asian influences that were included in the story.

Overall, I can say I had a lot of fun reading this book. Where The Red Scrolls of Magic pretty much was like an appetizer into Magnus and Alec’s relationship, The Lost Book of the White digs into the meat of their union, delving more into the assuredness of their relationship instead of anymore uncertainty of it. For fans of Clare’s other Shadowhunter books, especially The Mortal Instruments, reading this book almost felt like catching up with old friends, or seeing loved ones who you haven’t seen in a while. The Lost Book of the White gave you both the feeling of nostalgia and reinvigoration, and only increased our admiration of the duo that is Malec.

From #1 New York Times bestselling authors Cassandra Clare and Wesley Chu comes the second book in the Eldest Curses series and a thrilling new adventure for High Warlock Magnus Bane and Alec Lightwood, for whom a death-defying mission into the heart of evil is not just a job, it’s also a romantic getaway. The Lost Book of the White is a Shadowhunters novel.

Life is good for Magnus Bane and Alec Lightwood. They’re living together in a fabulous loft, their warlock son, Max, has started learning to walk, and the streets of New York are peaceful and quiet—as peaceful and quiet as they ever are, anyway.

Until the night that two old acquaintances break into Magnus’s apartment and steal the powerful Book of the White. Now Magnus and Alec will have to drop everything to get it back. They need to follow the thieves to Shanghai, they need to call some backup to accompany them, and they need a babysitter.

Also, someone has stabbed Magnus with a strange magical weapon and the wound is glowing, so they have that to worry about too.

Fortunately, their backup consists of Clary, Jace, Isabelle, and newly minted Shadowhunter Simon. In Shanghai, they learn that a much darker threat awaits them. Magnus’s magic is growing unstable, and if they can’t stop the demons flooding into the city, they might have to follow them all the way back to the source—the realm of the dead. Can they stop the threat to the world? Will they make it back home before their kid completely wears out Alec’s mom?