Lucy Hale, Robbie Amell To Star In THE HATING GAME 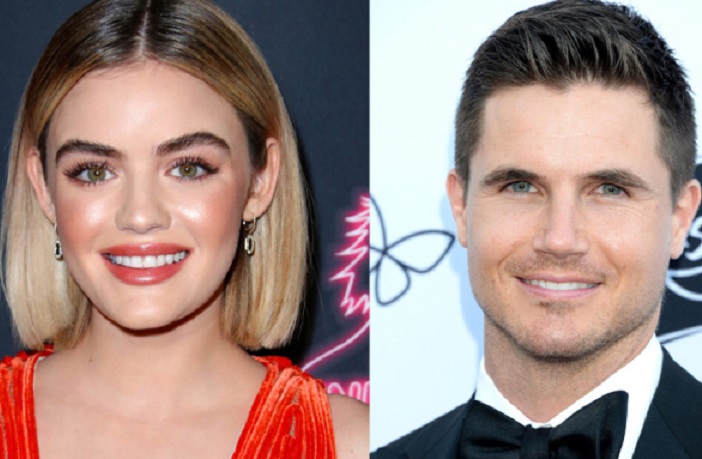 Meet the movie version of Lucy Hutton and Joshua Templeton!

The Hating Game, one of the hottest rom-coms in the book world, just found the leads for its movie adaptation!

Lucy Hale (Pretty Little Liars) will star as Lucy Hutton, a young woman working for a top-tier publishing firm that recently merged with another company. Lucy believes she can make it to the top of the company without being ruthless, which is why she’s so put off by the “cold, efficient” Joshua Templeton, who will be played by Robbie Amell (When We First Met.) When Lucy and Josh learn that a new promotion will make one of them the others’ boss, they begin a serious game of one-upsmanship to see who can come out on top. In the midst of it, they realize that they may not hate each other, after all.

According to Deadline, The Hating Game director Peter Hutchings is making a mark in the world of romance adaptations. He recently released an original romance called Then Came You starring Asa Butterfield, Maisie Williams, and Nina Dobrev. As a screenwriter, he’s also adapted Vanessa Diffenbaugh‘s The Language of Flowers, Becca Fitzpatrick‘s Hush, Hush, and Sophie Kinsella‘s Can You Keep A Secret?

The movie does not have a release date quite yet, but we’ll keep you updated as more details become available!